The province of Trento, more commonly known as Trentino, is an autonomous province of the Italian Republic and together with Friuli-Venezia Giulia and Veneto forms the geographical area called "Triveneto". The history of this province is very long and it begins already in the Roman age that sees Trento as a Roman municipality. Many years later, during the First World War, its southern territory was fundamental because for about a century (from 1815 to 1919) it belonged first to the Austrian people and then to the Austro-Hungarian people. This territory was annexed to the Kingdom of Italy only in 1919 after the end of the First World War. In the province of Trento, as happens for most of the provinces of northern Italy, in addition to Italian, other languages are widespread, specifically in this province: the dialect of Trentino, some linguistic minorities Ladin and German-speaking. The question of language is very important, in fact you should know that all official documents are written (with legal value) in two languages: Italian and German.
Another thing you should know about this province is that, being the density of the population very low and having the latter (the population) an enormous respect for nature, today the flora and fauna in the area are very lush and play a key role. Think that the territory of this province is covered for 50% by forests and that the fauna population is numerous. The interest in nature has led to the creation over the years of three protected natural areas, the best known is the "Stelvio National Park", an element of strong tourist attraction in both the national and international landscape.
After this brief introduction, let me tell you about the most beautiful places from the point of view of tourism / real estate.

- The first city I want to talk to you about is Trento, the provincial capital. The first thing you need to know is that about two years ago, this city was ranked second in the ranking of cities with better quality of life and environment, a ranking that every year is drawn up by Legambiente. This city, surrounded by nature, is rich in infrastructure, schools, universities of excellence and many monuments and places of interest. Moreover, Trento and its province are fundamental in the field of trade thanks to the huge mass of resources assigned over the years. Also from the real estate point of view, finding a property in Trento is easy, thanks to the large number of offers on the market. Here you will find offers for all needs: for a studio apartment the price is about 100,000 €; if instead what you are looking for is a penthouse-mansard then the price can range from 90,000 € up to 360,000 € (everything depends on the size and location of the property); would you like to buy a nice plot of land around the city? Then know that for a plot of about 4200 m2 the price is about 40.000€.

- The second city I want to talk to you about is Rovereto, located just north-east of the northern shore of Lake Garda. This city is a very important industrial center of the region, you should know that the history of industry in Rovereto begins already in the sixteenth century, when the entire production cycle began to take place in the processing of silk. About a century later there was a great expansion of the primary and secondary sector, until today. The industrial activity of Rovereto is developed in different sectors: from mechanics to textiles, from chemicals to pharmaceuticals. The production of wooden furniture embellished with many artistic decorations (lampshades, laces, etc.) is very important. A great curiosity about this city is that Rovereto enjoys a musical tradition that goes back several centuries and this is now perceptible by the large number of institutions that deal with and dedicate themselves to the music of the city (today there are about 10). Rovereto, however, is also rich in monuments and places of historical interest that take you back to past years, just think of the "Bell of the Fallen" that was built in 1924 by melting the bronze of the cannons that were used during the First World War, or the "Military Shrine of Castel Dante" that was built in 1936 and from which you can have a glimpse of the entire city. This shrine is the burial place of twelve thousand Italian and Austro-Hungarian soldiers who lost their lives during the First World War. From the real estate point of view, buying a property in Rovereto is not easy, but if you were interested in buying a business know that the price is about 750,000 €. 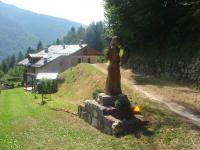 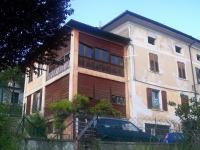 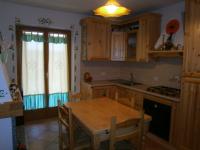 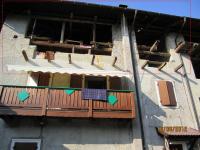 84,847.00USD
For sale
5+ Bedrooms
250 m²
The village of Bono is located at 523 m above sea level and belongs to the municipality of Comano Terme. Comano Terme was established in January 2010...
Add to favourites Details
REALIGRO FREE ADVERT
Cod. 31912 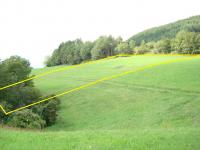