The province of Terni was born in 1927 following the separation of the province of Umbria, which had a larger territory than that of the current Umbrian Region. A strong point of this province is certainly the nature, just think that in its territory there are five different lakes (and as many rivers) and two nature reserves that point precisely to the protection and management of lakes and river ecosystems.
Below I will try to talk to you about those places that I considered most suggestive in the tourist landscape and (in particular) real estate.

- The first one I want to talk about is Terni. This city has ancient origins, just think that it was an important Roman town since the Republican age and that later, on the same territory, was formed the ancient Diocese of Terni which is documented from the third century. The city, apart from a few periods of depression, has always been an important administrative pole and was more so in 1885, the year in which the "Foundation of the Steelworks" determined an acceleration of the socio-economic importance of the city and made it, in fact, a fundamental industrial and administrative center in the national landscape. Today, in Terni, the industrial sector is the main factor of economic income, and the city is also the seat of Italy's first steelworks in terms of importance. From a historical point of view, you should know that the city, in addition to the steelworks, was home to some factories of arms. For this reason, during the second post-war period, it was heavily bombed and almost completely razed to the ground. The city was rebuilt only after the end of the Second World War.
From the tourist point of view, the city of Terni is home to one of the most visited places in the Umbrian Region, namely the Marmore Falls: one of the highest waterfalls in Europe, set in a large natural park is used not only for tourism, but also "industrial". The flow of the waterfall is controlled, this means that the water does not always flow at full capacity, but when it happens it is used for the production of hydroelectric power. The change in flow is signalled by an acoustic signal. Access to the waterfall is possible and is subject to a fee. From the real estate point of view, the purchase of a property in Terni is possible, but it is much easier to find a property just outside the city, in neighboring municipalities. The offer is varied: from independent houses for a cost of about 45,000 € to rustic-houses that can even get to touch the price of a million euros. There are many offers to sell focused on rustic houses and if you think that a property like this might interest you, then know that this province is definitely for you. The price for a rustic-house starts from 100.000€.

- Another place I want to talk to you about, because fundamental in the tourist landscape of the province of Terni and the entire Umbrian Region is Orvieto. The city (and its surroundings) are a must in the regional and national system. It is often said that, historically, the territory on which today stands the city was inhabited since the Bronze and Iron Ages, although the first findings date back to the seventh century BC. Over the years the city has been an important junction in the panorama of the peninsula, especially during the Second World War, a period in which Orvieto had a strong strategic importance. This long historical past makes the city full of monuments and buildings that recall different historical periods: from the Etruscan to the Roman, from the Renaissance to the twentieth century. This is why the city is so important from the tourist point of view. At this point, you will be pleased to know that finding a property in Orvieto is easy and that most of the offers are centered on villas (ranging from 100 m2 to more than 140,000 m2) completely surrounded by greenery, for a price that starts from 160,000 € and goes up to more than a million euros.

606,050.00USD
For sale
5+ Bedrooms
250 m²
THE HILL OF GINESTRE It is a residential complex of recent construction built on an ancient settlement at 500 meters above sea level, near the small...
Add to favourites Details
REALIGRO FREE ADVERT
Cod. 36908

52,726.35USD
For sale
House
100 m²
For sale house near the center of Castel Giorgio, in a quiet area close to the main services, divided into three levels. On the ground floor there is ...
Add to favourites Details
REALIGRO FREE ADVERT
Cod. 36870 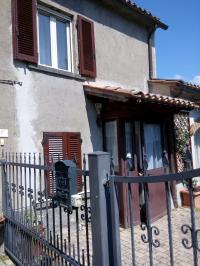 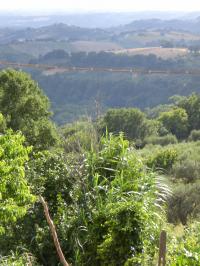 66,665.50USD
For sale
Farmhouse
100 m²
Are you looking for a place of absolute tranquility in which to live? Do you love the hill country? I sell my house in Umbria, the green heart of Ital...
Add to favourites Details
REALIGRO FREE ADVERT
Cod. 33629 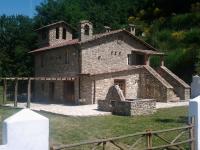 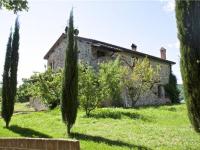 957,559.00USD
For sale
Farmhouse
390 m²
Situated on a hillside overlooking the valley just outside Orvieto this 3/4 bedroom stone farmhouse was fully restored in 2006 and is ready to move in...
Add to favourites Details
REALIGRO FREE ADVERT
Cod. 28157 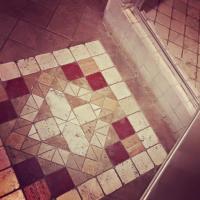 84,847.00USD
For sale
Other (Residential)
75 m²
In the green of Valnerina area a few kilometers from the Marmore Falls will sell independent apartment of about 75 square meters with underlying cella...
Add to favourites Details
REALIGRO FREE ADVERT
1 / 5