The province of Cagliari was a province of Sardinia until the year 2016. Constituted by 560 thousand inhabitants, that is 34% of the Sardinian population, it included 71 municipalities. Following a regional law of 2016, this province was replaced by the metropolitan city of Cagliari and the province of South Sardinia. Today the metropolitan city has only 17 municipalities of which the most populous is that of Cagliari. You should know that most of the municipalities, rich in sites of tourist and cultural interest in this province, overlook the sea. Let me tell you about those that I considered most interesting not only from the point of view of tourism, but also real estate.

- The first place I want to talk about is Cagliari, the provincial capital of the same name. This town is now of fundamental importance for southern Sardinia and for the entire region for a number of reasons. First of all, it is now a university and archiepiscopal center and is also the administrative center (historical) of the entire island. The history of Cagliari is several thousand years old and since ancient times has been of fundamental importance for the control of the region and the sea. Today, the municipality has an "international" classification port because of its importance; it carries out commercial, industrial, tourist and passenger service functions. Moreover, today the town of Cagliari is home to twenty consulates and this underlines its importance on the international scene.
A peculiarity of this town is that it was built on seven limestone hills (as happened for the city of Rome) that identify as many neighborhoods. In particular, on the hills are located the historic districts, while in the flat areas are located the districts born during the nineteenth century. In recent years have been more and more Italian families who have chosen Cagliari as the place of their holidays, this is due to the fact that in addition to being easily accessible, this town is rich in beaches and beautiful coves. From the real estate point of view, buying a property in Cagliari is possible thanks to a high number of offers: for an independent house the price is about 150.000€, while for a villa the price ranges from 200.000€ up to more than one and a half million Euros.

Just about this last aspect I want to make a clarification. In the attached link, some of the offers will concern properties located in an area called "Quartu Sant'Elena", a town of about 70 thousand inhabitants belonging to the metropolitan city of Cagliari, the third for population of the entire region and the second of the metropolitan city after the capital. The territory of this municipality is mainly flat, despite the fact that to the east rises the mountain massif of the Seven Brothers, where there are forests from which you get the cork and habitat of deer, golden eagles and wild boars. In addition to the territory, which as you may have understood is rich in sites of natural interest and tourism, the town is very interesting in the real estate landscape. 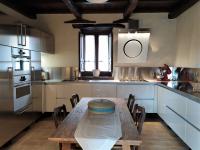 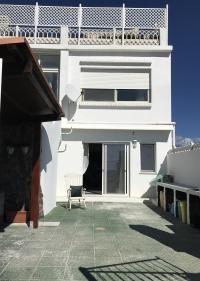 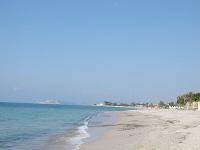 1,434,120.00USD
For sale
Villa
220 m²
Detached villa with garden situated in a private and exclusive plot. It enjoys a spectacular view of the Cagliari Gulf, of the Saline, part of the Reg...
Add to favourites Details
REALIGRO FREE ADVERT
Cod. 36836 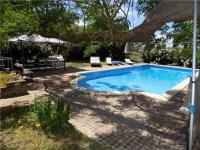