The province of Vercelli is a province of the Piedmont Region, has about 171 thousand inhabitants and is one of the oldest provinces of the Italian peninsula. You should know that over the years the inhabitants of Vercelli and the entire Vercelli territory have always distinguished themselves for their patriotic spirit. Despite this, during the Restoration with the Decree Rattazzi, Vercelli that had always been the capital and free municipality was merged with the province of Novara. The protests by the population were imminent and went on for more than seventy years in the hope that the city and the province could recover their status. The change came only in 1927 when, following a decree of Benito Mussolini, Vercelli again became a provincial capital (which was born from the separation of the province of Novara). From the territorial point of view, a part of the provincial territory is protected by some regional protected areas, namely: 5 natural parks and 4 nature reserves (two of which are special). Below I will tell you about the most interesting places from the point of view of tourism and real estate.

- The first place I want to talk about is Vercelli, the provincial capital of the same name. This town of 45 thousand inhabitants is a very important agricultural and commercial center in Italy, especially in the cultivation and marketing of rice so much so as to be nicknamed the "European capital of rice". This town preserves ancient traditions, the most important of which is the silver handicraft. The history, culture and traditions of this town are ancient and can be traced along the alleys of the old town and observing its monuments and its civil, religious and military architecture. Returning to the traditions, however, I want to tell you about "The procession of machines", a rite similar to those of Spanish religiosity. On the last day of the Holy Week, "machines" (large constructions made of wood, plaster and papier-mâché) are carried around the city and carried on the shoulders of members of the confraternities or civic institutions. In 1883, Archbishop D'Angennes institutionalized this procession by providing a maximum of 8 machines. Another very ancient tradition is the "walking market", which has been held every Tuesday and Friday morning since the Middle Ages and is very popular with the entire population, with 130 different stalls. As you may have understood, Vercelli is a city that deserves to be discovered because it is full of beauty and sites of interest that make it unique. You should know that from the real estate point of view, buying a property in Vercelli is possible despite the fact that most of the offers for sale are concentrated in the countries immediately adjacent to the capital (which you can find in the link above). As for the town, you can buy a studio of 80 square meters for a price of about 155,000 €.

Vercelli is one of the two tourist capitals of the province, the other tourist capital is instead the portion of the territory of Valsesia, an alpine valley located in the northern part of the province of Vercelli and which also includes three municipalities in the province of Novara. Today, this valley is considered one of the greenest in Italy. This portion of the territory is important for tourism thanks to the presence of the "Sacro Monte di Varallo" one of the 8 existing and in 2003 declared by UNESCO (along with the other 8) World Heritage Site! Among other things, this Sacred Mount is located in the nature reserve of the Piedmont Region. Another element of strong tourist attraction in Valsesia is the presence of the river Sesia, very important at national and international level for lovers of river sports. The presence of several ski resorts is also important.

191,008.00USD
For sale
House
100 m²
In a quiet side street in central regions, in the three layers in the underground garage floor to get the house and courtyard, basement laundry room, ...
Add to favourites Details
REALIGRO FREE ADVERT
Cod. 23288 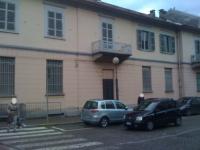 95,504.00USD
For sale
4 Bedrooms
100 m²
Values! Sell ​​apartment located in the central area in Borgosesia, in the Duke of Aosta (is a town that is located in valsesia, a tourist area of ​​t...
Add to favourites Details
REALIGRO FREE ADVERT
Cod. 19784 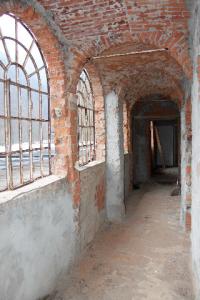 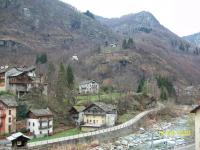 157,581.60USD
For sale
5+ Bedrooms
130 m²
Typical apartment house of 1400 on the second floor of the house of stone and wood. Centrally located and with views of the mountains and the river S...
Add to favourites Details
REALIGRO FREE ADVERT
Cod. 8257