The province of Reggio Calabria was a province of almost 555 thousand inhabitants, replaced in 2017 by the metropolitan city of Reggio Calabria. The territory of this city is really very varied. First of all, it is bathed by the Tyrrhenian Sea and the Ionian Sea on two fronts, while the other two meet the province of Vibo Valentina and the province of Catanzaro. Secondly, its morphology and its territorial, environmental and landscape characteristics are wonderful. The Aspromonte massif and its national park are entirely within the "provincial" territory and represent two attractive tourist elements. This metropolitan city has 97 municipalities and includes 28% of the entire population of Calabria. With regard to this last aspect you should know that only some of them are very populated and this depends on a number of factors, including: the morphology of the territory, the migration processes that developed during the twentieth century and some disasters (including earthquakes and floods) that led to the destruction of the latter. After this brief introduction, let me tell you about the most interesting places from the point of view of tourism and real estate.

- The first I want to tell you about is Reggio Calabria, the capital of the metropolitan city of the same name. This town of about 180 thousand inhabitants is the first for population of the region and the third for surface area. The attractions of the capital are different, certainly one of the most famous and known is the museum that houses the Riace Bronzes, belonging to the fifth century BC, have become one of the symbols of representation. Beyond this, Reggio Calabria is a real open-air museum. Over the years, natural disasters have not only destroyed large areas of the city, but also buildings and historical monuments. This has meant that most of the neighborhoods were rebuilt in the twentieth century, becoming a perfect blend of what is left of the past and "modernity". One of the most spectacular is the optical-mythological effect of the Fata Morgana during which the Sicilian coast seems to be only a few hundred meters away and you can distinguish houses, cars and people. From the real estate point of view, buying a property in Reggio Calabria is possible despite the offers are limited. The only interesting offer of sale concerns a farm, which can be purchased for 500,000 €.

- The second one I want to talk about is Gioia Tauro, a town of about 20 thousand inhabitants that today is considered as the agricultural, commercial and industrial center of the province. In the nineteenth and twentieth centuries, the municipality has undergone numerous remediation operations so as to be today the most fertile of the entire province. In the sixties of the last century this characteristic was forgotten and so they tried to create a large port basin. Despite moments of uncertainty, the latter has begun to function and to give good results. From the point of view of tourism, this town is rich in attractive elements. You should know that the ruins of a Roman house of the second century after Christ were discovered as well as numerous objects belonging to the same period (amphorae, coins, cups, oil lamps). Very important, then, the discovery of a necropolis consisting of 1850 tombs, the largest in southern Italy! Important, then, also the historic center of the town rich in history and monuments of civil and religious interest majestic and impressive. From the real estate point of view, however, buying a property in Gioia Tauro is possible, despite the fact that the offers for sale are focused mainly on a multi-room and an agricultural land. However, the price is reserved.

As you may have guessed, there are a lot of tourist sites in this metropolitan city, and this depends very much on the morphology of the area. One of the places you can't miss is Scilla, a popular tourist resort in the area. The history, the legend and the peculiarities of this place are all to be discovered.

Reserved negotiation
For sale
Hotel
60000 m²
This is a residence / hotel to be completed of about 100 units located in the beautiful town of Stignano famous for the discovery of the bronzes of Ri...
Add to favourites Details
REALIGRO FREE ADVERT
Cod. 30134 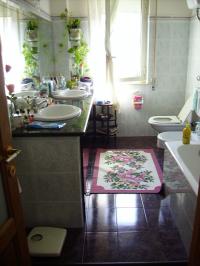 484,840.00USD
For sale
Attic
190 m²
The apartment is located in a quiet area of ​​the sea consists of 4 bedrooms a large living room overlooking the veranda view of the Straits of Messin...
Add to favourites Details
REALIGRO FREE ADVERT
Cod. 23197 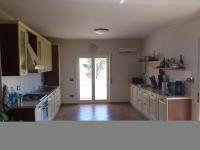