The province of Ragusa was an Italian province in the region of Sicily. Today it is replaced by the Free Municipal Consortium of Ragusa. Together with that of Syracuse was the southernmost province of Sicily and bordered the provinces of Syracuse, Caltanissetta and Catania, while its southern part overlooked the Mediterranean Sea. This province has a relatively short history, considering that its establishment dates back to 1927. What makes this province worthy of the most careful analysis, is the beauty of its landscapes and the architecture of its cities, all historically important. Let's see a few together.

- The first city I will tell you about is Ragusa, as well as the capital of the province of the same name. Ragusa has about 73 thousand inhabitants and stands on an imposing hill in the Sicilian hinterland. It is called the "city of bridges for the presence of three very picturesque structures and historical value. In 1693 a devastating earthquake caused the almost total destruction of the entire city, which was rebuilt in the eighteenth century, according to the ancient medieval layout. The reconstructed architectural masterpieces, together with all those present in the Val di Noto, were declared a World Heritage Site by UNESCO in 2002. Ragusa is one of the most important places for the presence of Baroque art, such as its churches and its eighteenth-century buildings. In addition to the countless works of art in the city, such as the Cathedral of St. John, home to the famous Museum of the Cathedral, the stairs of Ibla, one of the most beautiful routes of the city, which starts from the Church of Santa Maria delle Scale to Piazza della Repubblica, or even the Grotto of Trabacche, Ragusa has become a tourist destination thanks to the TV series "Montalbano", which has seen the film set. Its suggestive and typical panorama make it rich from the real estate point of view. It is possible to buy a property in Ragusa. In Via Capitano Baracca is for sale an independent house on three levels of about 190 square meters, with two independent entrances, consisting of living area and services on the ground floor, sleeping area and study on the upper floors, completely renovated at a price of 160,000 €. If you plan to open a business, you can buy a B&B of four rooms on different floors of 120 square meters each. Its price is 105.000€.

- The second city I will talk about is Modica, a town of about 54 thousand inhabitants in the province of Ragusa. City of Neolithic origins, Modica is the historic capital of the territory almost corresponding to the Free City Consortium of Ragusa. Modica boasts a rich repertoire of gastronomic specialties, the result of the contamination of different cultures that have dominated it, is best known for the production of typical Aztec chocolate. Its charming medieval village makes it one of the most visited tourist destinations in the province and the ideal place for those who dream of a quiet life immersed in the artistic, cultural and gastronomic beauty of the deep south of the peninsula. You can also buy a property in Modica. Let's see some. In Via Alessandro Grana, in the central area overlooking the Cathedral of San Giorgio is for sale a property characterized by beautiful arches 5 meters high, offering the possibility of loft, all enjoying an extraordinary architectural beauty that is enhanced in the forms and structure, still perfectly preserved. Its price is 43.000€. In Modica is also for sale a villa of 360 square meters, located in a strategic point with sea view, in possession of all the comforts, ranging from elegant setting, heating with automatic fireplace and boiler. The house is equipped outside with thermal insulation for the entire structure. Its price is 680.000€.

120,480.00USD
For sale
House
160 m²
For sale apartment in the historic center with a panoramic view of Modica, in the S. Giorgio area. The real estate unit consists of two floors of abou...
Add to favourites Details
REALIGRO FREE ADVERT
Cod. 39911

48,192.00USD
For sale
House
70 m²
For sale, an earth-sky house to renovate, in the historic center of Ragusa (RG). The house is about 70 square meters and is spread over 3 three level...
Add to favourites Details
REALIGRO FREE ADVERT
Cod. 39276

271,080.00USD
For sale
Villa
118 m²
Bright independent villa, immersed in the peace of the nature of the Iblei highlands, regularly registered at the Land Registry, without legal restric...
Add to favourites Details
REALIGRO FREE ADVERT
Cod. 38700 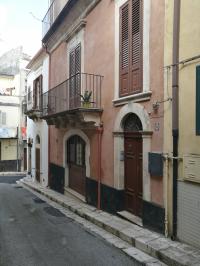 240,960.00USD
For sale
Farmhouse
80 m²
typical rural building of the Modicane countryside of 80 square meters with project approved for expansion up to 115 square meters a few km from the c...
Add to favourites Details
REALIGRO FREE ADVERT
Cod. 38304 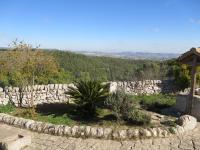 301,200.00USD
For sale
Farmhouse
220 m²
BETWEEN THE GREEN OF THE IBLEI MOUNTAINS SALE CHARACTERISTIC FARMHOUSE FROM THE WONDERFUL PANORAMIC VIEW. THE ENTIRE RESTORED FARMHOUSE HAS A SURFACE ...
Add to favourites Details
REALIGRO FREE ADVERT
Cod. 38230 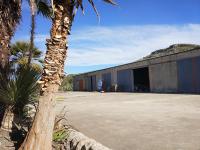 481,920.00USD
For sale
Villa
180 m²
PROPOSE FOR SALE VILLA DISTRICTED ON A HILLY AREA A FEW KILOMETERS FROM THE CENTER OF GIARRATANA. PANORAMIC AREA LIMITED TO THE PROVINCIALE FOR SAN GI...
Add to favourites Details
REALIGRO FREE ADVERT
Cod. 37952

For sale Other (Residential), Italy, Ragusa, Modica, Via Alessandro Grana 126 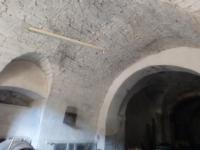 51,806.40USD
For sale
Other (Residential)
71 m²
Sale spacious, ancient dammusata of 71 square meters, in the historic center of Modica, in the tourist area, near the Cathedral of San Giorgio.The dam...
Add to favourites Details
REALIGRO FREE ADVERT
Cod. 37227

216,864.00USD
For sale
House
200 m²
For sale a stately home near the Cathedral of San Giorgio, film set and tourist destination immersed in the Modican baroque. The house consists of: la...
Add to favourites Details
REALIGRO FREE ADVERT
1 / 7