- The first city I will talk about will be Pistoia, the capital of the homonymous region. Pistoia has about 90 thousand inhabitants and its beauties full of culture and history have led it to be elected Italian Capital of Culture 2017. The city of Pistoia is particularly rich in fine Romanesque and Renaissance monuments (especially churches) and above all can boast one of the most beautiful squares in Italy: Piazza del Duomo, geometric center of Pistoia, monumental fulcrum of both civil and ecclesiastical power that includes several valuable architecture such as the Cathedral of San Zeno, The Bell Tower, The Palace of Bishops and The Baptistery of St. John. But Pistoia is not only a city of art! The "Corno delle Scale" is a mountain of the Tuscan-Emilian Apennines: this enchanting earthly paradise is an attractive destination, especially for lovers of hiking, skiing and boating. The "Pistoia Sotterranea" Museum is an evocative museum that leads to to the underground city of Pistoia, a long archaeological journey to discover the mysteries of the underground! Also from the point of view of real estate Pistoia is rich in beauty. It is possible to buy a property in Pistoia. Let's see some. In a completely renovated former convent is for sale an apartment on two levels, with private garden and independent garage for 190,000 €. In Via Pirandello you can buy a completely renovated country house located on the hills of Pescia and its price is 130,000 €.

- The second city I will talk about is Montecatini Terme, a town of about 20 thousand inhabitants. The town is internationally known for its spa that makes tourism the main economic activity of the territory. The spa, in fact, for its grandeur and beauty, is an extraordinary example of open spa, with a fusion of the Romanesque style and Art Nouveau. A jewel of wellness and art! Another attraction to be considered unique is the Thermal Park, within a spa area that has no equal in the world, a green lung considered by all a valuable resource for tourists and citizens, used for recreation, walks and events. In Montecatini Terme you can move essentially on foot, it is a city on a human scale, very particular because it was immediately surrounded by the famous green lung of its park. An ideal town for those looking for a healthy and relaxing lifestyle! If you plan to buy a property in Montecatini Terme know that it is possible thanks to some offers of sale. It is in fact for sale a large villa with private garden and surrounding garage for 400,000 €. In the countryside of the beautiful town you can also buy a house with swimming pool of salt water, surrounding land and olive grove for a price of 700,000 €; a one bedroom apartment on the first floor of a condominium is for sale for a price of 170,000 €. 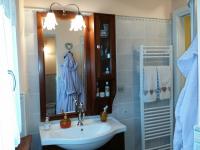 144,708.00USD
For sale
3 Bedrooms
70 m²
The apartment is located in the historical center of Mammiano, a quiet and welcoming hamlet just a short walk from San Marcello P. if, on the first fl...
Add to favourites Details
REALIGRO FREE ADVERT
Cod. 38235 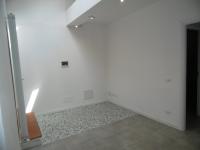 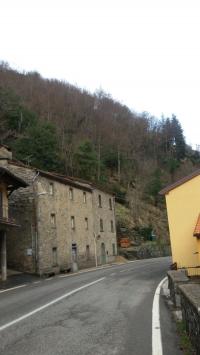 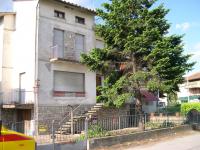 Reserved negotiation
For sale
Villa
380 m²
Located in the main street of Quarrata (Pistoia, about 30 km far from Florence and 10 km far from the railway station), this house is 380 square meter...
Add to favourites Details
REALIGRO FREE ADVERT
Cod. 27333 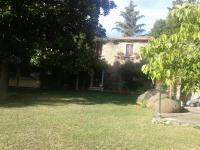