The province of Pavia is the perfect blend of nature, history and culture. There are many sites of national and community cultural interest (parks, nature reserves and forests), as there are many cities rich in history that are just waiting to be discovered. You should know that this province also has two special protection areas: the Boschi del Ticino and the Risaie della Lomellina. The forests of Ticino take their name from one of the two rivers that cross the province and flow into its centre: Ticino and Po.
There are so many sites of interest in this province, let me tell you about the most important ones (also from the real estate point of view):

- Whether you were a university student or not, it is impossible that at least once in your life you have not heard of the city of Pavia. Its historic University still houses hundreds of students every year; this university has a historical museum with scientific tools dating back to the Middle Ages and a beautiful botanical garden full of flowers and medicinal plants. Another famous place in this city is the Certosa di Pavia, a large Renaissance monastic complex that every year attracts thousands of Italian and foreign tourists. It would be useless to say that a walk through the city and its historic center is a must, given the large number of historic buildings, basilicas and churches, which make Pavia a city out of time. The purchase of a property in Pavia (or in its close vicinity) is focused mainly on "cottages" or villas (often just outside the city), being properties of great size, the average price is around 200,000 €.

- Another city that I want to point out, especially for its national relevance is Vigevano, for many years has been the main center of production of shoes. Today in the city there is the International Museum of Footwear, a museum with free admission in which are reported in various cases the shoes used in the past, until today. As you may have guessed, Vigevano is not only an important national industrial center, but it is also rich in history and buildings that shine with a light of yesteryear. It would be impossible not to mention the Castello Sforzesco, which extends in the upper part of the city for about two hectares and consists of five floors. The Castle recalls the typical structure of the past and today is a real open-air museum. Walking through the city you will discover a large number of museums and this will allow you to understand the relevance of the cultural heritage of the city. Having said that, if you are interested in buying a property in Vigevano, know that there are some opportunities and that the price is around 120,000 € for a two-room apartment.

- Are you a lover of small villages surrounded by nature? Know that there is a place in the province of Pavia called Zavattarello is that he was awarded the title of one of the most beautiful villages in Italy. In addition to the historical importance of the city, this village is also famous for the nature that surrounds it, just think of the Passo del Penice (pass of the Ligurian Apennines) or the Alpine Botanical Garden of Corva. Buying a property in Zavattarello is possible, the starting price is 150.000€.

From the real estate point of view I thought it was interesting to talk about these three cities, but know that the experiences to live in this province are very diverse. The hilly territory and the cities dating back to the Middle Ages, are able to create a particularly evocative atmosphere. 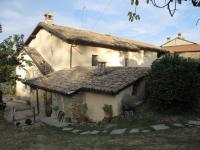 422,065.00USD
For sale
Farmhouse
300 m²
Colline Oltrepo 'Pavia, in a panoramic position a few steps from Salice Terme, we offer a typical farmhouse renovated and surrounded by greenery, so b...
Add to favourites Details
REALIGRO FREE ADVERT
Cod. 35729 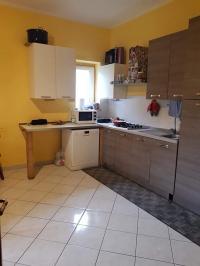 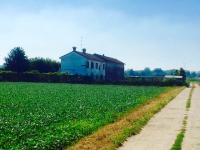 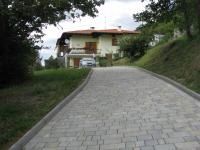