The province of Padua with almost 950,000 inhabitants is the most populous in the Triveneto area, ahead of the province of Verona. The territory of this province is mainly flat, although in the area south of Padua there are some elevations represented by the Euganean Hills, a group of hills of volcanic origin. Historically, the entire region of Veneto and in particular the province of Padua was the setting for the third war of independence. It was only at the end of this war, after the defeat of the Austrians, that the Veneto was annexed to the Kingdom of Italy. Even after the annexation, the provincial territory remained unchanged. The province of Padua is currently made up of 102 municipalities, below I will tell you about the most beautiful places from the point of view of tourism / real estate.

- The first place I want to talk to you about is Padua. You should know that the provincial capital of the same name is now the nerve center of the entire province from the point of view of tourism, as well as from the point of view of real estate. In fact, you should know that Padua is not only the third largest city in terms of population of the entire Veneto region, but is also the most densely populated and is the hub of a metropolitan area of 400,000 inhabitants. The historical and cultural tradition of the city is really ancient. According to the Virgilian Aeneid (a theory later partially confirmed by archaeologists), the city of Padua was founded by the Trojan prince Antenore in the year 1185 BC, so as to make this city one of the oldest in the Veneto and the entire Italian peninsula! Over the years Padua has assumed enormous importance nationally and internationally, just think that it was one of the cultural capitals of the fourteenth century, that it was the Episcopal See of one of the oldest dioceses in Italy and that in the seventeenth century in the city was created for the first time in the classical age a space entirely dedicated to theatrical performances.
A curiosity that will interest you is that the city of Padua was the result of inspiration in the birth of the name of 19 cities in the world: there are four "Padua" in the United States, two Padua in Colombia and other Padua in Australia, Argentina, Brazil, Pope New Guinea, etc.. The provincial capital is not only rich in history, culture and beauty, but is also rich in real estate offers. Finding a property in Padua is in fact very easy thanks to the high number of buying opportunities. The choice is really very wide, know that for a three-room apartment the average price is about 200,000 €, while for a villa the price can go from 500,000 € up to more than a million and a half euros. The possibilities of purchase also extend to independent houses whose price is about 250,000 € and rustic-houses whose price is however reserved.

The city of Padua is certainly the most interesting place from the real estate point of view, however starting from it you will have the opportunity to discover the entire province of Padua. A really interesting place from the point of view of tourism and that deserves to be discovered is located south of Padua and is the territory of the Euganean Hills and Euganean Baths that are located near the municipalities of Albano Terme and Montegrotto Terme. A stone's throw from the green, are the best solution if what you are looking for is a bit 'of peace and tranquility. 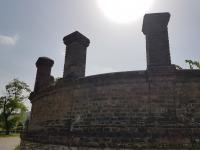 924,385.00USD
For sale
Farmhouse
1000 m²
"Barchessa" farmhouse with private park in Arquà Petrarca for sale At the foot of the Euganean hills, in Borgo del Poeta, we offer for sale this impo...
Add to favourites Details
REALIGRO FREE ADVERT
Cod. 37100 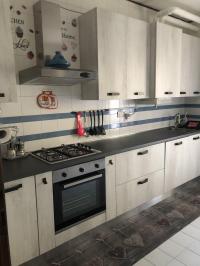 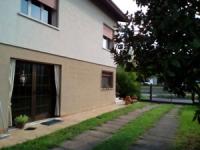 Reserved negotiation
For sale
Farmhouse
30000 m²
Wonderful property on a plot of 30000smq that includes an old 18th century farmstead with a colonnade of 1500smq, an old wine cellar and a partly-rest...
Add to favourites Details
Cod. 30509 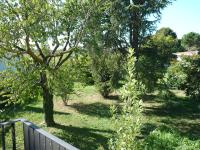 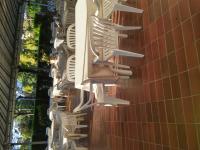 192,080.00USD
For sale
3 Bedrooms
90 m²
For sale portion of the house on a single level with a private entrance, private garden and double garage. The building of the '80s but in good mainte...
Add to favourites Details
REALIGRO FREE ADVERT
Cod. 28498

273,714.00USD
For sale
House
210 m²
The real estate San Lorenzo offers for sale semi-detached family house built in the 90 ' but in very good conditions of maintenance , in S.G.Bosco are...
Add to favourites Details
REALIGRO FREE ADVERT
1 / 6