The province of Nuoro (or Nùgoro in Sardinian) has about 200 thousand inhabitants and was established in 1927. Historically this province has been fundamental from a strategic point of view since 1700, you should know that over the years, right on its territory and especially in its capital (Nuoro precisely) were established an ancient bishopric (1779), the court of prefecture (1807) and seat of administrative division and leadership (1848).
Currently this province has 74 municipalities, but until 1874 it had 78. When the province of Oristano was established, it was decided, at a territorial level, to separate four municipalities from this province: Cuglieri, Scano di Montiferro, Sennariolo and Tresnuraghes.
This province, like much of the Sardinian territory, bases much of its wealth on tourism, especially on summer tourism. At national and international level, Sardinia and the province of Nuoro are known for their crystal clear sea and wild beaches, which allow you to live a truly unique experience. However, the territory of Nuoro, given its conformation, allows you to live experiences in winter, thanks to some ski resorts such as Monte Spada in Fonni, one of the favorite destinations of tourists "winter".
After this brief introduction on the province of Nuoro, let me tell you about the most beautiful places from the point of tourist / real estate.

- The first town I want to talk about is Nuoro, the provincial capital of the same name and the largest in the province (about 36 thousand inhabitants). The city complex extends over the complex of the granite plateau (550 meters above sea level) and this makes it the seventh highest provincial capital in Italy. Despite this, the climate is mild throughout the year, this is especially thanks to the sea that greatly influences the temperatures. This is one of the reasons that have made this area the ideal place to structure a town, like that of Nuoro, since ancient times, you should know that this area has been inhabited since several millennia before Christ. The city of Nuoro is also in a strategic point of view from a tourist point of view, in fact, a few kilometers of the city extends the beautiful "forest of Montres" consisting of mountain ranges and some very special sites of interest, such as the "Grotta Gorbeddu" long found refuge the famous Sardinian bandit Giovanni Corbeddu Salis, from whom it took its name. Along the coast there are several sites of interest, mainly quarries and beaches surrounded by greenery: beaches of white sand and crystal clear water. A true paradise.
From the real estate point of view, buying a property in Nuoro is possible, thanks to a number of offers of sale. The opportunities are different and concern both the municipality and some areas around it and concern: terraced houses for a price of 310,000 €; detached houses for an average price of 100,000 €; agricultural land for an average price of 180,000 €.

- The second town I want to talk about is Siniscola, one of the most eastern municipalities of the province of Nuoro and the most important center of the historic sub-region of "Baronie" (which had some importance in the Middle Ages). Also this city, like that of Nuoro, is rich in findings dating back to the Neolithic age (6000 years before Christ) and this tells us a lot about the history of this town and the entire province of Nuoro. All these aspects make Siniscola a real open-air museum, there are many archaeological sites (consisting mainly of caves, archaeological sites and tombs) and a series of religious architecture. As for Nuoro, also the town of Siniscola is close to many beaches, of which the most famous is La Caletta (part of Siniscola), a reason for attraction especially for the presence of a long beach and the marina, located in a strategic position. From the real estate point of view, buying a property in Siniscola is possible. Here, too, the offers mainly concern land (some of which can be built on) for a price ranging from 150,000€ to 350,000€; a villa of 148 m2 for a price of 350,000€ and two-roomed apartments for an average price of about 100,000€.

202,946.00USD
For sale
5+ Bedrooms
100 m²
Two-level apartment in the sunny oroseino center, 5 minutes from the sea. The apartment consists of three bedrooms, two on the ground floor and one o...
Add to favourites Details
REALIGRO FREE ADVERT
Cod. 38660

For sale 3 Bedrooms, Italy, Nuoro, Dorgali, Via Piemonte 8b 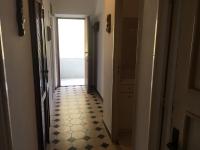 334,264.00USD
For sale
Villa
148 m²
The house is on two levels and consists of two independent apartments. On the ground floor with access from the main street there is the first three-r...
Add to favourites Details
REALIGRO FREE ADVERT
Cod. 31237 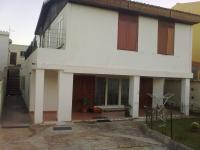 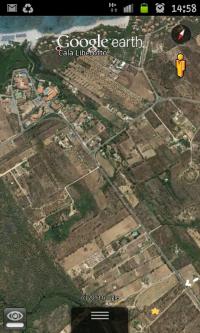 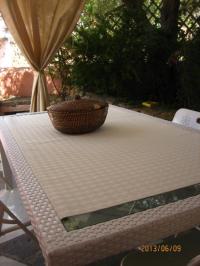 370,078.00USD
For sale
Terraced House
130 m²
REAL DEAL! The house is located in Caliberotto-Sos Alinos, a place that is located in a new residential area full of services and amenities, all easil...
Add to favourites Details
Cod. 22391 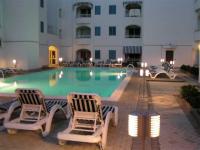 113,411.00USD
For sale
2 Bedrooms
40 m²
The residence with swimming pool "The Residences Porto" The location is in front of the homonymous Cove marina in central-eastern Sardinia, just 50 km...
Add to favourites Details
REALIGRO FREE ADVERT
1 / 3