The province of Novara is a province of Piedmont and with its 370 thousand inhabitants is the fourth largest province in the region by population. The provincial territory is very varied and can be divided into three main areas: the flat (lower Novara), that of the "pianalti" (hills of Novara), that of the hills. Moreover, the extension of the territory of Novara is delimited by the rivers Sesia and Ticino, while to the north and south there are no particular geographical demarcations and the territorial boundaries are defined by the municipal divisions. The presence of numerous rivers and artificial canals is also important, and they are mainly exploited in the agricultural field for the cultivation of rice. Finally, there are numerous parks and nature reserves within the province, which make it particularly in tune with nature and its beauty. Today, the province of Novara has 87 municipalities. Below I will tell you about the most interesting places from the point of view of tourism and real estate.

- The first place I want to talk about is Novara, the provincial capital of the same name. With its 100,000 inhabitants, it is the second largest municipality in Piedmont in terms of population and is a very important crossroads of trade between the roads that connect Genoa to Switzerland and Turin to Milan and this is due to its strategic position in northern Italy. You should know that this town is only 48km from Milan and 95km from Turin, and is also located just 15km from the border with Lombardy. As it happens for most of the Piedmontese provinces (typical also the case of Vercelli), the landscape of this town and its neighboring towns is characterized and strongly conditioned by the rice-growing, a centuries-old tradition resulting from the numbers of commitments in the reclamation and transformation that has resulted in a simplification in the morphology of the territory: leveled and terraced and full of artificial canals, irrigation ditches, ditches and fountains. In addition to the surrounding landscape, Novara is known nationally and internationally for its beautiful old town. Despite the fact that many things have been lost over the years, such as a part of the walls that was built at the end of the first century after Christ, the town still retains its mainly medieval style with cobbled streets and small squares. The real site of interest of the town, however, is the Basilica of San Gaudenzio built between the end of the sixteenth century and the beginning of the seventeenth century and characterized by a high pinnacle dome for a total height of 121 meters. Today it is considered to be the highest brick dome in the world. Very important also the Cathedral and the adjacent Baptistery, places of worship and religious interest for the entire town. As you may have guessed, this city is full of stories and dozens of civil, religious and military architectures just waiting to be discovered. From the real estate point of view, buying a property in Novara is possible thanks to some offers of sale: for a villa of 325sqm the price is about 328,000€; for a multi-room the price is 135,000€; for a shop of 70sqm the price is 70,000€.

- The second place I want to talk about is Arona, a small town of about 15,000 inhabitants located along the shores of Lake Maggiore and whose development (mainly tourism) is due to its strategic location in the area: located on the Via del Sempione (an important Alpine crossing) and the convenient motorway and rail link with the city of Milan. Today, Arona is an important tourist centre. Among the various sites of tourist interest it is worth mentioning the Natural Park of the Lagoni di Mercurago and included by UNESCO in the World Heritage Site as it is part of the 111 "prehistoric pile-dwelling sites around the Alps". Since Roman times this city assumed a fundamental strategic role, in fact, right here passed the Roman consular road that connected Milan to Lake Maggiore. Its millenary history has made Arona a real open-air museum today, thanks to a very high number of civil, religious and military architectures. From the real estate point of view, buying a property in Arona is possible thanks to a high number of offers: for a multi-location the price is 295,000€; for a villa of 150sqm the average price is 600,000€; for a property used for commercial activities of about 700sqm the price is 610,000€.

319,563.50USD
For sale
House
145 m²
In quiet residential area, but close to the highway exit of Castelletto sopra Ticino, on sale ecological wooden house on three floors for a total of m...
Add to favourites Details
REALIGRO FREE ADVERT
Cod. 30433 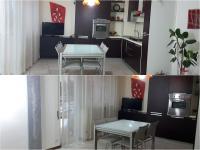 355,740.50USD
For sale
5+ Bedrooms
150 m²
In Arona, a town on Lake Maggiore, in a quiet area, a few minutes walk from the station, the center and all the services: schools, post offices, banks...
Add to favourites Details
REALIGRO FREE ADVERT
Cod. 30064 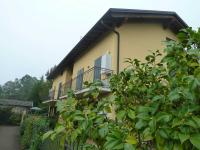 138,678.50USD
For sale
3 Bedrooms
90 m²
A few kilometers from the lake increased sale apartment on the first floor of a small building of only four units, newly built, without charges, with ...
Add to favourites Details
REALIGRO FREE ADVERT
Cod. 23436