The province of Latina borders Campania, the metropolitan city of Rome, the Tyrrhenian Sea and the Agro Pontino. The latter began to play an important role only after its reclamation. You should know that over the years the attempts to reclaim this area were numerous and began even before 1100, but it was only between 1926 and 1937 after 18 thousand days of work and with more than fifty thousand workers involved in the work, that the remediation was completed, not only were the swamps drained, but were also built new canals and began the progressive deforestation of forests. The territory of the Latin province is very varied: the mountain ranges (the promontory of Gaeta) alternate with the plains (such as that of Agro Pontino). Moreover, as mentioned before, the province of Latina is washed by the Tyrrhenian Sea and there are many beautiful places that you will discover along its coasts. Below I will tell you about three coastal places that are not only interesting from the point of view of tourism, but also from the point of view of real estate:

- The first one I want to tell you about is the most southern municipality of Lazio and is Ventotene. This town, which is located on the island of Ventotene (archipelago of the Ponziane islands), is the smallest of all central Italy (it has an area of about two square kilometers). The old Ventotene has embraced modernity and managed to create a perfect balance, an example is the old port suitable for small fishing boats and the new port that has a very different shape suitable for docking ferries and hydrofoils. The island of Ventotene also has a smaller island called Santo Stefano which has a diameter of just five hundred meters and which houses the famous "Bourbon Prison of Santo Stefano", built in 1795. The places of tourist and cultural interest on the island are as many as: The Remains of Villa Giulia, villa in which Giulia, daughter of the Emperor Octavian, was exiled; the Archaeological Museum; the Beach of Cala Battaglia or Cala Nave (two very tourist beaches). Buying a property in Ventotene is easy, although the choice is limited to multiple rooms (120m2) and hotels: for the former the price is about 350,000 euros, while for the latter of 2,500,000 euros.

- The second I want to tell you about is the small village of Sperlonga, among other things included in the circuit of the most beautiful villages in Italy. This town stands on a spur of rock that overlooks the Gulf of Gaeta and sees around it a purely flat territory, the beaches see alternating white sand and spurs of rock. Sperlonga is the right place for all those who love the sea, the mountains, history and sport. Let me explain why. To the east of the city there are several tourist beaches that you can discover and you will notice how each has different characteristics. A site that I recommend you to visit along the coast is the "Villa di Tiberio", an ancient villa belonging (in the first century A.D.) to the emperor Tiberius. In 1963 it was included in the tour of the National Archaeological Museum of Sperlonga. To the north, however, in the small town of Irti there are three sites of historical interest: the Medieval Castle, Porta Mamurra and the Museum of Brigantaggio a truly magical place for all lovers of history. To the west for lovers of nature and sport there are three lakes that are worth a visit: the small Lake San Puoto where you can practice water skiing, the Lake of the Alfieri, purely landscape, a part of Lake Fondi where you can practice rowing. As you will have understood this town is suitable for all needs and is also suitable for real estate. Finding a property in Sperlonga is easy thanks to a wide range of offers: a rustic-house of 100m2 can be yours at a price of 450,000 euros; a villa of 80m2 at about 200,000 euros; a hotel at 13 million euros. In short, all you have to do is choose the one that's right for you.

- The third place I want to talk to you about is Terracina, which is located in the southern part of the Agro Pontino. This city is very urbanized in the coastal area and less and less as you move inland, but it is a city full of historical monuments, mainly from the Roman era as the Temple of Jupiter Anxur or as the incredible structure of Pisco Montano built by the Emperor Trajan. From the real estate point of view, buying a property in Terracina is really very easy thanks to a large number of offers of different types: for a two-roomed apartment (about 40m2) the price is about 60,000 euros, for a multi room the price is about 260,000 euros, for villas the price varies greatly from 260,000 euros to more than a million euros.

469,872.00USD
For sale
Office
18.58 m²
For sale commercial property, in a residential area of ​​high traffic and in an excellent logistic position 100 meters from the SS Formia Cassino and ...
Add to favourites Details
REALIGRO FREE ADVERT
Cod. 39619 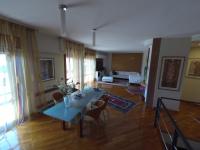 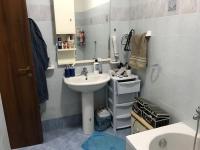 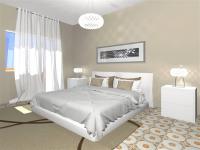 457,824.00USD
For sale
5+ Bedrooms
120 m²
I sell a bright apartment in Ventotene, located in a quiet and panoramic area located on the first floor of about 120 square meters living room with t...
Add to favourites Details
REALIGRO FREE ADVERT
Cod. 36264 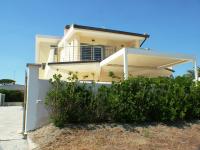 1,506,000.00USD
For sale
Villa
300 m²
"A paradise facing the sea of ​​the wonderful and very long beach of Terracina, which winds for a few kilometers to the north up to the promontory of ...
Add to favourites Details
REALIGRO FREE ADVERT
Cod. 34354

Reserved negotiation
For sale
Island
270000 m²
Santo Stefano is a small island in the Tyrrhenian Sea, located off the coast between Lazio and Campania, and geographically part of the Pontine Island...
Add to favourites Details
REALIGRO FREE ADVERT
Cod. 33571 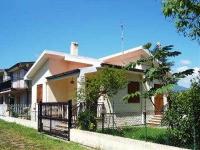 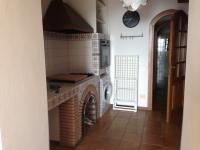 180,720.00USD
For sale
2 Bedrooms
83 m²
This picturesque little town has received a prize (medaglia d'oro) from the Italian state for their restoration work. Is located 10 minutes from the ...
Add to favourites Details
REALIGRO FREE ADVERT
Cod. 32716