The province of Imperia is an Italian province in the region of Liguria. It is historically divided into three areas: Imperia, Sanremo and Ventimiglia. The economy of this province is based mainly on tourism, thanks to the seaside resorts and the artistic climate typical of the cities of Sanremo, Imperia and Ventimiglia. Below is a list of the most interesting cities from the point of view of tourism and real estate:

- The first city I will talk about is Imperia, the capital of the province of the same name. This city has about 42 thousand inhabitants and is located on the Riviera del Ponente. As I said, Imperia boasts an excellent tourist influx, given the many attractions in the city that make it unique. If you ever happen to be in Imperia, you should necessarily take a look at the "House of the clown": Villa Grock, a fairytale itinerary in the villa of the clown Grock, which now welcomes thousands of people for a walk and a laugh. The place is very suggestive, and is just a few steps from the lagoon. Imperia boasts many successful seaside resorts, from the liveliest ones such as the Bagni Diana Marino to the most solitary and poetic ones such as the Porto Maurizio Imperia. In this city, music, art, festivals, relaxation and culture meet, merging in an attractive urban center that has nothing to envy to the rest of Italy. Also from the real estate point of view Imperia reserves some beautiful. In fact, it is possible to buy a property in Imperia, given the vast range of offers it offers. I'll list some of them for you. In Via Nizza is available a cozy apartment of 70sqm recently renovated at a price of 155,000 €. In Castelvecchio is for sale a detached villa located on two levels with surrounding land, garage and independent heating at 690,000 €. In Piazza San Giovanni you can buy a completely renovated apartment for 130,000 €. In Imperia Oneglia, a few meters from the sea is for sale a villa of 300sqm composed on two levels at 520,000 €.

- The second city I will talk about is Sanremo, a beautiful place, rich in art and music, historical wonders and cultural activities. Sanremo is located in a cove sheltered from the mountains and this makes its climate very mild and favorable to the organization of many events. Located along the Riviera dei Fiori, Sanremo is known for the cultivation of flora; for the arrival of the Milan cycle race, Sanremo; for the Italian Song Festival broadcast on TV throughout Italy; for the Tenco Prize; for the Rally of motoring and for its Casino. In short, Sanremo, in addition to preserving an enormous historical and artistic heritage, every year manages to attract millions of tourists who choose this destination for its vitality, its organization and its dynamism. Even from the point of view of real estate Sanremo does not miss anything. It is in fact possible to buy a property in Sanremo, since there are many offers at stake. Let's see some. In the historic center of Sanremo is for sale a three-roomed apartment built in 1400 completely renovated a few steps from the sea at € 695,000. A large and bright apartment with two bathrooms and independent heating is available for € 600,000. A semi-detached villa composed on two levels in the middle of the countryside of Sanremo is for sale at 340,000 €.

313,248.00USD
For sale
Farmhouse
120 m²
Located in the first Ligurian hinterland of Ponente for sale new house in rustic style. The building, with a wide view of the Armea Valley, is located...
Add to favourites Details
REALIGRO FREE ADVERT
Cod. 37105 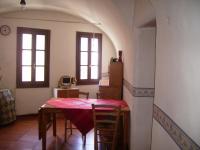 66,264.00USD
For sale
House
85 m²
Independent house located in the historic center of Montalto Ligure, in a single floor and composed of: kitchen and bathroom, terrace and cellar. It ...
Add to favourites Details
REALIGRO FREE ADVERT
Cod. 34920

457,824.00USD
For sale
3 Bedrooms
79 m²
This apartment is located in the exclusive Condominio EDEN ROCK, in one of the most prestigious and fascinating areas of Capo Mortola (Regional Park a...
Add to favourites Details
REALIGRO FREE ADVERT
Cod. 34819 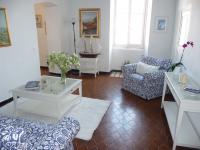 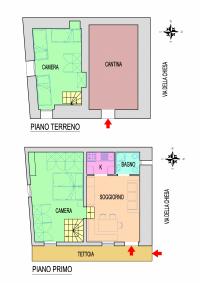 59,035.20USD
For sale
House
105 m²
Typical Ligurian home-to-live Liguria home in Bregalla town of Triora, an ancient pastoral core located at the foot of the Ligurian Alps and with a do...
Add to favourites Details
REALIGRO FREE ADVERT
Cod. 31436 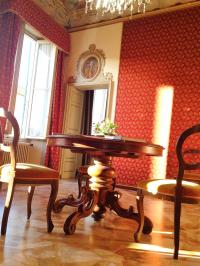 837,336.00USD
For sale
4 Bedrooms
240 m²
This luxury two storey apartment is located in a beautiful Porto Maurizio. This exquisite residence has been restored and furnished to the highest lev...
Add to favourites Details
Cod. 30502