The province of Grosseto is an Italian province in the region of Tuscany. It borders to the north-west with the province of Livorno and Pisa, to the north and east the territory is divided by the province of Siena, the Metalliferous Hills, the two rivers Ombrone and Orcia and finally by the volcanic cone Monte Amiata. Below is a list of the most beautiful cities in this province from the point of view of tourism and real estate:

- The first city I will talk about is Grosseto, and the capital of the province of the same name. Grosseto is the Tuscan capital that is located further south and is the largest in the region with 82 thousand inhabitants. Grosseto is a city of plain, whose beach extends for about 12 km. It is a clean and quiet beach, ideal for lovers of beaches not too crowded. This city, like many others in Italy, had its peak during the Middle Ages, a period during which many architectural structures were built. Even today it is possible to observe many of them, including the Cathedral, the Medici Walls or the Church of San Francesco. 8 km from the city of Grosseto is the archaeological site of the ancient city of Roselle, founded in the seventh century BC, which was one of the twelve cities of Etruscan state. Grosseto also has a wonderful protected area, the Maremma Nature Park, a park with forest trails, cycle paths, canoeing and fishing. Walking, cycling or simply admiring this beauty will make you feel in perfect harmony with nature, as well as the city of Grosseto will do with art and culture. Also from the real estate point of view Grosseto offers this possibility. It is possible to buy a property in Grosseto. I'll list some solutions. An apartment of about 80 square meters located on the first floor in a very quiet residential area is for sale at 230,000 euros. On the third floor of a small building with elevator is for sale an apartment with 5 rooms with terrace and garage for 175,000 €. Another apartment on the third and last floor completely renovated is available for 350.000€.

- The second city I will talk about is Castiglione della Pescaia, an Italian town of about 7 thousand inhabitants. For the quality of the sea and beaches, the environmental care and equipment is considered an exclusive tourist destination of Maremma, awarded several times by Legambiente, positioning itself as the second seaside resort in Italy for quality and environment. The historic center of this town is very impressive, characterized by a predominantly medieval style, with ancient stone buildings and long narrow streets. What is most striking, however, is the amount of rocks and castles in this area. Fairytale castles, which rise on green hills, imposing and rigorous, in perfect Tuscan style. Also from the real estate point of view this town reserves some beautiful surprises. It is possible to buy a property in Castiglione della Pescaia. I'll list some solutions. An apartment in Punta Ala with sea view and panoramic terrace is for sale for 200.000€. A 100 meters from the sea, an elegant villa surrounded by pine forest with large private garden is available for purchase at 1.600.000 €. 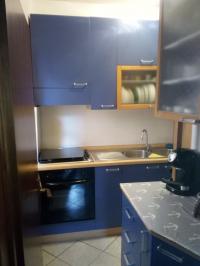 342,524.64USD
For sale
4 Bedrooms
85 m²
TALAMONE MARE (Orbetello - Grosseto): Really nice apartment on the second and last floor on the edge of the Uccellina Park in Maremma, not far from th...
Add to favourites Details
REALIGRO FREE ADVERT
Cod. 39519

2,349,360.00USD
For sale
Villa
239 m²
PORTO S. STEFANO - Exceptional position, very rare to find near the sea and near the center, overlooking the open sea in a dominant position, for sale...
Add to favourites Details
REALIGRO FREE ADVERT
Cod. 39517

2,349,360.00USD
For sale
Villa
239 m²
PORTO S. STEFANO - Exceptional position, very rare to find near the sea and near the center, overlooking the open sea in a dominant position, for sale...
Add to favourites Details
Cod. 39460 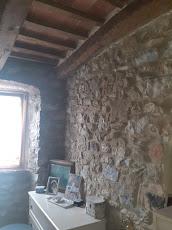 301,200.00USD
For sale
3 Bedrooms
70 m²
APARTMENT SITUATED IN MANCIANO IN THE HEART OF THE HISTORIC CENTER WITH SHORE ON THE WALLS OF THE MEDIEVAL CASTLE. COMPOSED BY LIVING ROOM WITH KITCHE...
Add to favourites Details
REALIGRO FREE ADVERT
Cod. 39144 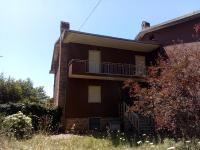 301,200.00USD
For sale
Villa
220 m²
In Pitigliano, in Maremma, in a quiet residential area, we sell a portion of a villa on three levels with an exclusive garden of about 500 square mete...
Add to favourites Details
REALIGRO FREE ADVERT
Cod. 38802

240,960.00USD
For sale
2 Bedrooms
50 m²
Apartment in Punta Ala prov. of Groseto. Sea view and private harbor of Punta Ala, terrace for romantic dinners, distance from the sea beach about 200...
Add to favourites Details
REALIGRO FREE ADVERT
Cod. 37083