The province of Cuneo is a province of the Piedmont Region and has more than half a million inhabitants. This is absolutely the province of large numbers, you should know that it is the twenty-ninth out of 110 population, fourth in size and second in number of municipalities. All this not in the regional context, but national. For this reason, in Piedmont it is also called "la Granda" (i.e. large). The territory of this province is very varied, although a good 80% is mainly mountainous and hilly, while only 20% is flat. With regard to the large numbers of which I told you before, you should know that in the province there are more than twenty different valleys and different mountain communities. The province of Cuneo today has 247 municipalities! This fact makes us understand that the trend is that of very small municipalities and very close to each other. Below I will try to tell you about the most interesting municipalities from the point of view of tourism and real estate.

- The place I want to talk to you about is Cuneo, the provincial capital of the same name. This town of about 56 thousand inhabitants is really very characteristic. First of all you should know that Cuneo stands on a "lace" between two rivers and from this particularity derives its name, also starting from the center of this theoretical lace, the entire town was built according to a chessboard structure that extends to the edges (periphery). Continuing on the wave of large numbers, this town is the tenth capital city for altitude and the first for snow. The history, culture and traditions of this town are thousands of years old, always chosen for its strategic position has hosted different peoples and has always been at the center of great territorial struggles. Today it remains a priceless historical and religious heritage, there are thirty different religious architectures and as many civilians and military. In addition, the city of Cuneo is strategically located for tourism because it is located just north of the Natural Park of the Maritime Alps and a large wildlife center. The perfect places to spend a day of fun and beauty. As I told you before, the peculiarity of this province is to have many small municipalities, so the offers to sell properties are certainly present, but are "pulverized" and not concentrated in a single. So, buying a property in Cuneo is possible, although many of the offers that you will find concern municipalities immediately adjacent to the latter (or at least very close to each other). As for Cuneo: for an independent house the average price is about 90.000€; for a villa the prices vary a lot, but for a nice villa of 120sqm the price is 270.000€.

Other very important municipalities of this province are: Mondovì, Cuneo, Alba, Bra, Fossano, Savignano and Saluzzo are also identified as "seven sisters". These sisters with their beauty dominate a vast territory full of splendor and beauty. Seven sisters who are recognizable and identifiable well beyond national borders for their history, their culture and their traditions. If you want to visit these towns, you should know that the route from Alba to Mondovì is only 130km. An excellent opportunity for a tour outside the city! 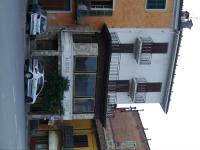 59,690.00USD
For sale
House
150 m²
MONTEROSSO GRANA, Istiria Fraction; in the Valle-Grana river park, at the exit of Monterosso, in a lush, peaceful and very sunny area, we offer a real...
Add to favourites Details
REALIGRO FREE ADVERT
Cod. 36591 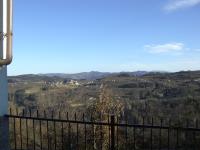 81,178.40USD
For sale
House
94 m²
In an elevated position with stunning views of the Belbo valley with its vineyards , hazelnut groves , woods and ancient villages, home to the perimet...
Add to favourites Details
REALIGRO FREE ADVERT
Cod. 36581 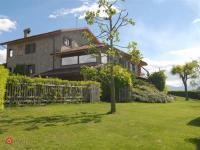 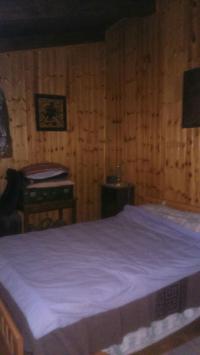 21,488.40USD
For sale
Farmhouse
140 m²
For sale part of a furnished house in Saretto S Pietro Monterosso consisting of a living room kitchen on the ground floor and bedroom, bathroom and st...
Add to favourites Details
REALIGRO FREE ADVERT
Cod. 34488

149,225.00USD
For sale
1 Bedroom
38 m²
The apartment is located in a residential complex known as the "Alpe di Limonetto", with an entrance directly overlooking the ski slopes during the wi...
Add to favourites Details
REALIGRO FREE ADVERT
Cod. 33167

For sale Building, Italy, Cuneo, Costigliole Saluzzo, via umberto I

835,660.00USD
For sale
Building
200 m²
Sale of residential building from the sky to the ground, characterized by historical and artistic artistic elements, located in the historical center ...
Add to favourites Details
REALIGRO FREE ADVERT
Cod. 32572

17,260.80USD
For sale
House
100 m²
Portion of independent house, made of old bricks, located in Neive (Italy), in the Unesco area of Langhe, surrounded by vineyards. The house, with no...
Add to favourites Details
REALIGRO FREE ADVERT
Cod. 31015

185,039.00USD
For sale
2 Bedrooms
60 m²
two-room apartment at 500 meters from the center with double terrace and your own parking space and a lift
Add to favourites Details
REALIGRO FREE ADVERT
1 / 7