The province of Crotone is a province of Calabria consisting of 27 municipalities for a total of about 171 thousand inhabitants. It overlooks the eastern side of the Ionian Sea while to the north-west with the province of Cosenza and south-west with the province of Catanzaro. This province was established only in 1992, but became effectively operational only in 1995 through the election of the first provincial council. This province has its roots in Magna-Greece, but over the years has been fundamental in the industrial field, specializing especially in the chemical industry, although since 1993 this industrial complex has been partially dismantled by the so-called "fires of Enichem" for reasons of strong environmental pollution. Religious and cultural tourism is very important in this province. Below I will tell you about some of the most beautiful places from the point of view of real estate and tourism.

As for the real estate aspect, I want to point out two places:

- The first is the small town of just three thousand inhabitants called Crucoli. In the past this place was very famous for its crafts and for that of wicker aimed at the creation of prestigious baskets. Today, however, the town is known primarily for the old town and its seaside resorts, as well as for its food and wine.  You should know that buying a property in Crucoli is possible: for an independent house the price is 85,000 €; for a villa with panoramic sea views of 150,000 €; for a terraced house of about 30,000 €.

- The second is Cirò Marina, a town of just 15,000 inhabitants but still holds second place for population density of the entire province. This town has developed along the Ionian coast of the upper Crotone and the area of the ancient colony of Magna Graecia. For the beauty of the sea and the quality of services offered by local facilities, is chosen as a destination by many tourists. This municipality has earned the Blue Flag (European recognition issued on the basis of parameters concerning the quality of water and services offered) and the Green Flag of the beaches (perfectly suitable for children). The importance of this municipality, however, can also be seen in the religious architecture and sites of historical and cultural interest that crowd the city and make it wonderful. Buying a property in Cirò Marina is possible despite the limited offers: for an independent house the price is € 145,000; for a three-room apartment the price is € 65,000.

From the tourist point of view, however, impossible not to visit Crotone, precisely, the provincial capital. Overlooking the sea, allows you to perform many outdoor activities, not only on the seafront, but also in some parts of the territory. Finally, there are several places of tourist interest located in the southern part of the province, such as Capo Pezzuto or Le Castella, also overlooking the sea and full of sites of interest all to be discovered. As you may have understood, in this province the sea plays a fundamental role in the current economy of the same.

203,797.10USD
For sale
Villa
150 m²
Set on a small natural relief that allows a splendid panoramic view and sea. Is situated in the middle of 65500 meters of land entirely fenced and pl...
Add to favourites Details
REALIGRO FREE ADVERT
Cod. 28852 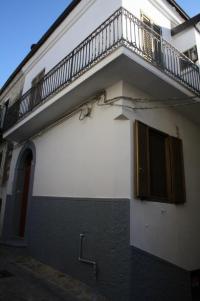 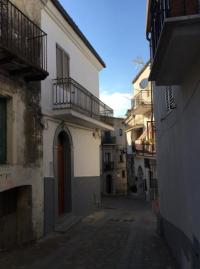 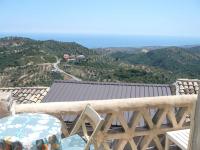 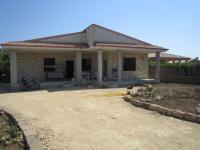 Reserved negotiation
For sale
Villa
150 m²
Beautiful and suggestive villa built with ' tufo', simply and elegant style, new construction, in one of the most evocative place in the mediterranea...
Add to favourites Details
Cod. 15512

174,855.50USD
For sale
House
98 m²
Girasole Residence consists of only 54 townhouses clustered around in lush garden surroundings. The properties are stylish, spacious and comfortable ...
Add to favourites Details 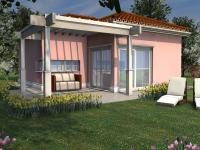