The province of Cosenza, with its 710 thousand inhabitants, is the most populous province of Calabria and is the second largest in southern Italy. The territory is very varied, mountains and hills alternate with flat areas and wide stretches of coastline. Another record of this province concerns the municipalities, in fact it has 150 and this makes it the province with the highest number of municipalities in the region. Over the years, the territory of Cosenza has been affected by a series of cultural stratifications; the signs of these stratifications can be found in the numerous archaeological sites, monuments and historical centres of the municipalities of the province. Turistically speaking, the province of Cosenza (unlike all the others) has a constant flow of "mountain" tourism throughout the year in addition to purely cultural and religious tourism. Below I will tell you about some of the most interesting places from the point of view of tourism and real estate.

- The first place I will tell you about will be Cosenza, the provincial capital of the same name. This town of 73 thousand inhabitants is also called "Athens of Calabria" and this is due to the tradition acquired during the fifteenth and sixteenth centuries. Cosenza is one of the most dynamic areas from the socio-economic point of view, urban planning, cultural and service provision all this thanks to public policies of territorial promotion. What, in this municipality is more important, is the historical and cultural heritage of the city, just think that the most visited sites at the international level are the Swabian-Norman Castle (overlooking the historic center), the Cathedral and some museums. You should also know that this municipality has attracted the attention of some international newspapers such as the "New York Times" and the British newspaper "The Telegraph". From the real estate point of view, finding a property in Cosenza is not yet entirely possible as most of the offers for sale concern some neighboring villages (which you will find below);

- The second place I want to talk to you about is Castrovillari, a town of about 22,000 inhabitants located in a depression known as the "Valley of the King" and surrounded by the Apennines Calabrian-Lucan and is the largest center of the Pollino National Park just 30km from the sea. This makes it a common attraction especially for all those who love outdoor activities, nature and discovery. Historically, the economy of this municipality has been made up of agriculture, the tertiary sector and construction. Today, however, the municipality lives mainly thanks to some industrial activities that mainly concern the production of milk and cement. The territory is however constituted by a series of small companies. From the real estate point of view, it is possible to buy a property in Castrovillari: for a four-roomed apartment the price is 150,000€; for a villa the price is 980,000€; for a warehouse the price is 110,000€.

- The third place I want to talk about is Cassano dell'Ionio is a town of about 19 thousand inhabitants. Despite the theories about its origins, according to many historians the first settlements date back to the Neolithic age and there are numerous traces in the famous "Grotta dell'Angelo"). Cassano would be the first settlement of southern Italy. In this area there are many sites of interest and tourist and cultural attraction. From the real estate point of view, buying a property in Cassano all'Ionio is possible thanks to a high number of offers: for a terraced house the price can vary from 53,000€ to 100,000€; for a two-roomed and multi-roomed apartment the average price is 55,000€

For sale Other (Land), Italy, Cosenza, Paola, Via dell' Astore 1 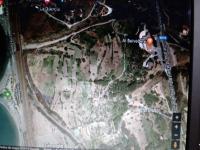 95,504.00USD
For sale
Terraced House
80 m²
I sell Villetta in San Nicola Arcella inside the IRIS park. The park is guarded and from June there is a shuttle service. The house has two bedrooms,...
Add to favourites Details
REALIGRO FREE ADVERT
Cod. 37400 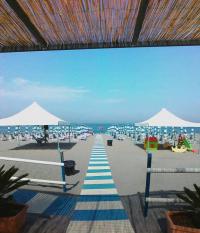 17,907,000.00USD
For sale
Hotel
20000 m²
On the Tyrrhenian coast, in the famous Riviera dei Cedri in Calabria and on the border with Basilicata and Maratea, for sale a four-star hotel structu...
Add to favourites Details
REALIGRO FREE ADVERT
Cod. 36064

71,628.00USD
For sale
Development Property
1000 m²
In the Municipality of Diamante (Cirella district), a short distance from the town, SELLS a plot of land of about 1,000 square meters on which it has ...
Add to favourites Details
REALIGRO FREE ADVERT
Cod. 33367 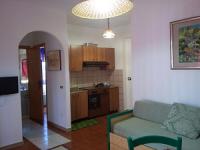 47,752.00USD
For sale
1 Bedroom
60 m²
Scalea is a little jewel embedded in the Riviera dei Cedri in Calabria; a beautiful medieval center with a fabulous sea that has an original and varie...
Add to favourites Details
REALIGRO FREE ADVERT
Cod. 31861

113,411.00USD
For sale
2 Bedrooms
56 m²
Apartment for sale with 2 bedrooms, 1 bathroom, kitchen and lounge area. Moreover, there is a wonderful terrace where you can eat during summer. There...
Add to favourites Details
REALIGRO FREE ADVERT
1 / 9