The province of Bolzano belongs to the group of autonomous provinces of the Italian Republic which is attributed greater autonomy (in some areas defined by law) than the other Italian provinces. Together with the provinces of Trento and Tyrol, Bolzano constitutes a territory which, in good approximation, was the historical region of "Tyrol"; the province of Bolzano, together with Veneto and Friuli-Venezia Giulia, is part of the macro-region called "Triveneto". In the province of Bolzano, due to its proximity to Austria, there are several official languages: Italian, Austrian German and Ladin (the full name is Dolomite Ladin language).
You should know that in the province of Bolzano despite the industrialization and the presence of renowned industries such as Loacker, the sector that drives the economy is tourism and this province has a key role in promoting Trentino Alto Adige in the regional, national and international tourism landscape. The factors that encourage tourists to spend a few days in the province of Bolzano (queen of Italy of overnight stays) is that unique atmosphere that is created in a territory that is a real crossroads between the peoples of northern Europe and the Italian one. These two faces, these two cultures come together and manage to create something magical, a clear representation we find in the culinary tradition of South Tyrol (very strong point of attraction).
Below I will try to tell you about the most interesting places from the point of view of tourism and real estate in this province:

- The first one I want to talk to you about is Bolzano, the provincial capital. Famous for its Christmas markets, this city can be visited, discovered and lived throughout the year thanks to a myriad of activities and experiences in the city and its close vicinity. Before I told you how this province is a real crossroads between northern Europe and Italy, in the city of Bolzano this mixture of peoples and cultures is perceived everywhere: in the kitchen, in the structures, in the buildings and historical monuments. Everything seems to be the result of a wonderful magic and some examples are: the Dominican Church, the Gothic Cathedral (with Italian and German workers), Piazza Walther (heart of the historic center). The city offers tourists many views and activities, but the landscape and nature that surrounds Bolzano I can kidnap and excite the tourist with the huge vineyards, lakes and structures built historically in incredible vantage points, such as Castel Firmiano one of the symbols of South Tyrol, which also houses the famous Museum of the Mountain. This city, moreover, is also rich from the point of view of real estate, you should know that finding a property in Bolzano is possible thanks to a wide range of offers ranging from three-room apartments to four-room apartments up to multi rooms and villas. Prices, of course, vary from property to property, but I feel I can give you an average price for each type: for a three-room apartment the price is about 230,000 €; for a four-room apartment the average price is about 400,000 €; for a multiroom apartment the price is very variable, but is around 600,000 €; for a villa the price can even exceed one million euros. It is important that I make a clarification, the properties that you will find in the link above are mostly located in the city of Bolzano, while others are located in small municipalities near it.

The capital is definitely the most interesting place in the real estate landscape, in the tourist one I would like to point you out in addition to the Natural Park of Stelvio (famous in Italy), Lake Braies (and its park) as it is chosen as a tourist destination by many foreigners and Italians for its beauty and its magic, an unspoiled place, away from the chaos of the city. Last but not least, I would like to remind you that South Tyrol is one of the most famous and appreciated ski resorts in Italy and abroad. 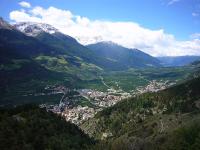 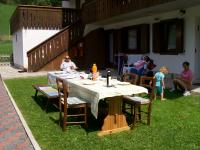 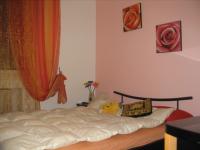 264,110.00USD
For sale
4 Bedrooms
65 m²
in the beautiful and orderly city of Bolzano, considered among the top 3 Italian cities to living conditions and services, a destination for tourists ...
Add to favourites Details 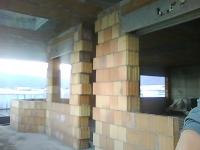 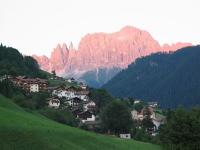 For sale Villa, Italy, Bolzano, Bolzano, via glorenza 80 a 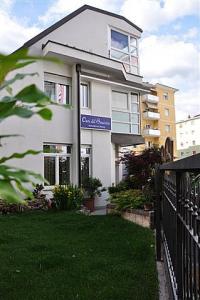 1,320,550.00USD
For sale
Villa
200 m²
WONDERFUL DETACHED HOUSE at 5 minutes from the Bolzano’s Town Center, very close to the airport and not so far away from the Sky Slopes of South Tyrol...
Ask info about similar real estates