The province of Belluno is often considered as the province of the Dolomites and this is due to the fact that the entire territory extends into the Eastern Alps. Its location has allowed it to be, in 2017, the first in the ranking (drawn up by Sole 24 Ore) of the provinces for better quality of life. The province is entirely crossed from north to south by the river Piave. Although the province is limited, as mentioned earlier, in the territory of the Eastern Alps, its territory is still very varied: from mountains to valleys, from high mountains to the bottom of the valley.
A curiosity of this province is its importance from the industrial point of view. The province of Belluno is in fact the most important pole of the Northeast, particularly in the field of eyewear, in this province was born Luxottica, the leading company in the industry at national level. Surely, however, the province of Belluno is known for its mountain and ski resorts that represent the main element of attraction at national and international level, an example among all: Cortina d'Ampezzo. After this brief introduction, let me tell you about the most beautiful places from the point of view of tourism / real estate.

- The first place I want to talk about is Cortina d'Ampezzo, also called the "Queen of the Dolomites". This town is not only one of the largest and most famous, but it is also one of the main points of reference in the Italian and international skiing scene. Suffice it to say that this municipality hosted the 1956 Winter Olympics and is every year a place of interest for international events related to winter sports. The territory of Cortina is totally immersed in nature and its territory also includes the Regional Natural Park of the Dolomites. Cortina d'Ampezzo is a very evocative reality: a town rich in history, churches, historical civil and military buildings that overlook an extraordinary landscape. You should know that from a purely real estate point of view, buying a property in Cortina d'Ampezzo is possible although the offers are mainly focused on villas ranging from 45 m2 with a price of about 500,000 €, to villas of almost 800m2 for a price of 13 million euros. If you are a lover of the mountains and winter sports, know that you are definitely in the right place!

- The second place I want to talk to you about is Belluno, the provincial capital of the same name. This town, with its 36 thousand inhabitants is the most inhabited in the province and is the northernmost of all the provinces of Veneto. You should know that the northern part of the municipality is included in the Regional Natural Park of the Dolomites and that in 1998 was awarded by UNESCO as a World Heritage Site. From a cultural point of view, Belluno has three library institutions and twelve more belonging to schools and universities. Not only that. Belluno also has three archives: a municipal one, an episcopal one and a state one. A curiosity about Belluno and that during the nineties was five times one of the stages of the tour of Italy. From the real estate point of view, finding a property in Belluno is simple, thanks to a high number of offers. Keep in mind that many of the offers do not really concern Belluno, but the small towns in its vicinity. For a villa the price can range from €400,000 to more than a million euros, while for a studio apartment the average price is about €100,000.

15,519,400.00USD
For sale
Villa
756 m²
Known as the “Queen of the Dolomites”, Cortina d’Ampezzo is one of the most famous Alpine holiday destinations in the world, and is inserted in the as...
Add to favourites Details
REALIGRO FREE ADVERT
Cod. 24537 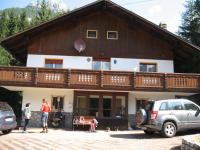 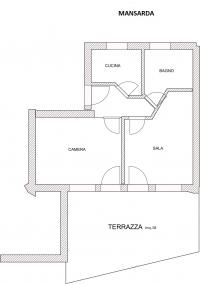 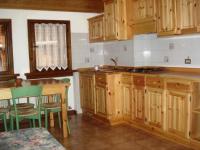 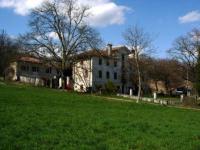 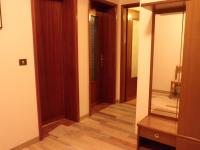 322,326.00USD
For sale
5+ Bedrooms
153 m²
Falcade - Caviola (BL), via Trento, in very convenient location in the center and where the sun does not want, PRIVATE SALE a large second floor apart...
Add to favourites Details

179,070.00USD
For sale
Farmhouse
120 m²
Buy a house in a tourist village IN THE PROVINCE OF BELLUNO LENTIAI VILLAGE OF TOWN CALLED Stabie (altitude 526 meters) IN FRONT OF THE CHAIN ​​THE AL...
Add to favourites Details 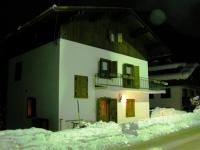