The Aosta Valley region was born only in 1946 with the abolition of the province of Aosta.
Today, Valle d'Aosta is one of the five Italian regions with special status together with Friuli Venezia Giulia, Sardinia, Sicily and Trentino Alto Adige. The need to create this type of region arose only with the end of the Second World War, these regions, although very similar to other Italian regions, follow statutory procedures and have very different spheres of autonomy. Among the many curiosities about Valle d'Aosta, what I would like to tell you is the presence of several official languages, in addition to Italian we also speak: French, francoprovenzale valdostano (officially recognized), the walser (protected language) and Piedmont. French is considered the co-official language.
Another curiosity is that Valle D'Aosta is the smallest region in Italy and is confined between four large mountains: Mont Blanc, Matterhorn, Monte Rosa and Gran Paradiso and all exceed 4,000 meters in altitude. Given the very small territory, this region has a single capital that is at the same time the only province and is Aosta.

The city of Aosta is located in the middle of the region and precisely in the plain where the main river flows: the Dora Baltea. In addition to the river, there are also many tributaries that cross the region from north to south. This city is surrounded by nature and being in the Alps it is easy to imagine what the main attractions may be in winter and spring. However, temperatures that drop in winter are slightly higher in spring and autumn, while they are much higher in summer. Historically, the city (or the territory in which it stands today) was already inhabited in the protohistoric age and continued to be inhabited throughout all historical periods until today. The historical period that literally left its mark in the city was the Roman age, you should know that Aosta is the second city after Rome for the number of Roman finds still visible and for this reason is also called the "Rome of the Alps". Some of these findings are: the Arch of Augustus, the Roman Theatre of Aosta, the Roman Amphitheatre of Aosta, the Walls and Towers, the Roman Villa of the Consolata, etc.. The city is also rich in buildings and monuments of medieval and modern times and also has two very important natural areas: the Nature Reserve Tzatelet and Arboretum "Lo parque d'Euntrebeun".

From the real estate point of view, you should know that finding a property in Aosta or in its close vicinity is really easy and that, if what you are looking for is a life in the mountains then you are definitely in the right place. The offers mainly concern detached houses and two-room apartments, but although many of the properties are just 53 m2, the prices are slightly higher than you would expect. This is justified by the fact that many of the properties are old and others are located in scenic and scenic locations not to be ignored.
For a detached house of 53 m2 the price is about 180.000€. For a two-roomed apartment of 43 m2 the price is about 250.000€.

The nature, the environment, the history and the culture of this city and the surrounding territory make Valle D'Aosta a region to visit, to discover and to live in.

921,307.60USD
For sale
2 Bedrooms
72 m²
La Cresta is a new modern design chalet in Cervinia which is located on the Italian side of the Matterhorn. Perfectly placed at the top of the village...
Add to favourites Details
REALIGRO FREE ADVERT
Cod. 39166 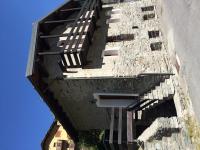 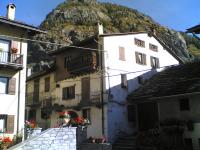 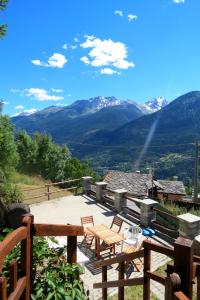 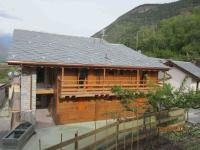 283,386.50USD
For sale
4 Bedrooms
150 m²
Apartment forming part of an ancient residence. The property has been completely renovated and put in a position to assess fully the beauty and cultur...
Add to favourites Details 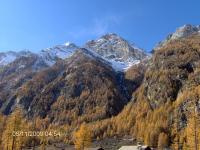 217,062.00USD
For sale
3 Bedrooms
100 m²
Apartment in a beautiful old house of the seventeenth century. for quality people. The dream of a life lived in an old house in Valle d'Aosta near t...
Add to favourites Details
REALIGRO FREE ADVERT
Cod. 24785 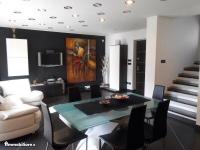