The province of Alessandria is the southernmost of the Piedmont Region, has about 425,000 inhabitants and is the third largest in the region, preceded only by the province of Cuneo and the metropolitan city of Turin. This province was established by Reggio Decreto in 1895 and is the result of the merger of six former provinces. To date, this province has 187 municipalities. Below I will tell you about the most interesting places from the point of view of tourism and real estate.

- The first place I want to talk about is Alessandria, the provincial capital of the same name. This municipality is situated in an alluvial plain between two great rivers (the Tanaro and the Bormida) and it is for this reason that in the past it was also called "Alessandria of the swamp". The history of this town is centenary, you should know that it was established as early as 1183, but became a free municipality only in 1198. Alessandria maintained this status for about two centuries until it was incorporated by the Duchy of Milan, then passed to the Savoy in 1707. After a period in Austrian hands, the town was returned to the Savoy and it was in the Risorgimento that Alessandria began to establish itself as an important liberal center. The railways began to be built and trade with Northern Italy began to increase to such an extent that this town became a strategically important point. During the fascist period, the town will keep its importance alive, several public buildings and architectural works were built.
This short preamble serves to understand how this town is rich in history and sites of historical interest. Its historical center is made up of "terraces" located within the ancient fortifications, which contain magical places full of magic and beauty. From the real estate point of view, buying a property in Alexandria is possible, thanks to several offers of sale mainly focused on multi rooms whose price ranges from 50,000€ to 240,000€; for an independent house, however, the price is 270,000€.

- The second place I want to talk about is Casale Monferrato, a small town located north of Alessandria and 60km south of Turin. This municipality is located on the right bank of the river Po, which flows at the foot of its hills and in which extends the immense Po Valley. Thanks to its geographical position, this municipality has always had a strategic importance, especially in the military field. This aspect is already present in the period in which the town became a Roman municipality, many years later it was fundamental in the wars that took place between the Italians and Austrians. Today, this municipality continues to be strategic from the commercial point of view and today is in fact a large industrial center especially in the field of cement production. Even this town, like that of Alexandria, is inextricably linked to a centenary history, which can be found in its palaces, its monuments and its architectural works.

- The third and last place I want to talk about is Acqui Terme, a small town located about 35 km from the capital. In Roman times this city was called "Aquae Statiellae" and this because of the presence of hot sulfur springs. Many years later, in 1870, Giovanni Ceruti designed a small pavilion (right in the center of the city) called "La Bollente" in which the water flows at a temperature of 74 ° C. This work was made in honor of the city's past as a famous spa and today La Bollente is one of the most important tourist attractions of the town. From the real estate point of view, buying a property in Acqui Terme is possible thanks to different offers of sale: for a multi room the price varies from 50,000€ to 150,000€; for a villa of 900 square meters the price is 1,800,000€; for an independent house the price is 115,000€.

For sale Other (Residential), Italy, Alessandria, Gamalero, via chiodi

Reserved negotiation
For sale
Other (Residential)
200 m²
Derived from an ancient convent built between 1100/1400. It is proposed number 2 independent houses, with the possibility of becoming a single very l...
Add to favourites Details
REALIGRO FREE ADVERT
Cod. 38835 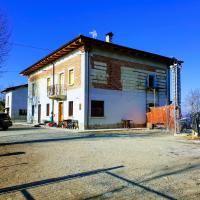 501,396.00USD
For sale
House
1360 m²
"At the foot of the Castle of Ponzano Monferrato, a stone's throw from the famous Sanctuary of Crea for sale Independent house on 4 sides, with courty...
Add to favourites Details
REALIGRO FREE ADVERT
Cod. 35944 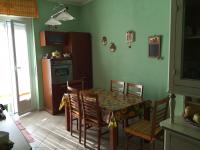 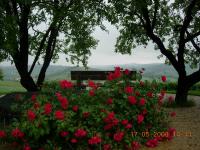