Villa Verità - XIII-XVI century
Villa Verità, in the ancient village of Concamarise, near the old parish church dedicated to Saints Lorenzo and Stefano, stands Villa Verità, also known as the Corte dominicale Verità alla Villa; it was built several times, with manipulations and additions, on the structures of a fortified court of the thirteenth century.
A large English park, built in the mid-1800s and enclosed by a wall, surrounds the buildings developed around a tower, surmounted by closed Ghibelline battlements, which refers, in a now only figurative sense, to the castle matrix of the complex.
The presence of the noble Verità family in Concamarise dates back to 1405, when Antonio Verità bought - from the Scaligeri farm - the first nucleus of land, which was then enlarged in the following centuries.
Villa Verità was, in fact, listed in 1225 in the book of the Municipality of Verona as a court "built in masonry", and was owned by Bartolomeo da Palazzo; with the coming to power of Ezzelino da Romano, Giovanni da Palazzo, who had sided with the Sambonifacio counts, fell into disgrace and was stripped of all his possessions. In 1247, Ezzelino da romano also acquired the property of Concamarise which, after his fall, became part of the Scaligeri farm.
Throughout the 1400s and 1500s, the ancient court preserved the fortified structure by an enclosure of high walls, guarded by patrol walkways, with a deep moat on the outside, fed by the waters of the Sanuda. The transformation from a court-castle to a rustic-residential patrician villa was gradual and lasted throughout the 1600s.
In 1553, as the archive documents attest, the residence consisted of a "petia de tera murà, copà et solarà, cum fenile, dovecote, pozo, ara et horto": it was therefore a rustic complex with a dovecote tower , which served the dual purpose of a rural court and a fortress.
Over time, other subsidiary structures were added to transform the villa into a comfortable stately home for the patrician owners' stay.
In 1692, the villa was already composed of various richly furnished rooms, two "caneve" (or cellars), a carriage shed, the "carozeri" room, the stable, the barn, the "tinazara" to welcome you barrels, the room of the "brente" (ie the laundry) and the stable for the cattle.
As for the agricultural estate attached to the villa, it was formed in 1745 by three estates in Concamarise, which yielded 200 ducats a year, one in Asparetto di Cerea and one in Sanguinetto.
The façade of the architectural complex of the villa today shows the various additions that have occurred over the centuries: the seventeenth-century is the manor house, while the ancient dovecote tower underwent the addition of closed Ghibelline battlements in full neo-romantic style in 1800 (it was at the time owner the Montanari family, who also designed the large informal park in English style).
Inside, you can admire frescoes that recall the noble arms of influential historic families, such as the Gonzaga, Malaspina, Cavalli, Rangoni, Spolverini and Bevilacqua.
Historical villa therefore, of the lower Verona area, immersed in a centuries-old park and surrounded by agricultural land, all completely enclosed by walls more than two meters high; the villa, arranged over two and three floors, is rich in typical frescoes of the time. The villa consists of a part of the main building and other service parts for a total of over three thousand square meters and stands on a park of about forty thousand square meters with a small lake inside; the remaining land currently used as agricultural land is about sixty thousand square meters to complete the fenced area; this has four entrances from the perimeter provincial road. The main villa is subject to historical restrictions, while the surrounding buildings are not restricted; from historical sources, it appears that the first construction works date back to the year 1225 and subsequently completed in about 1600.
Today the entire complex is abandoned and in need of renovation; there are eight real estate units surveyed, namely the villa, six units used as apartments once reserved for workers and a villa with stable reserved for the agricultural farmer.
With the Relaunch Decree 07/2020 it is possible to renovate buildings by taking advantage of tax breaks up to 110% (see the guide of the Revenue Agency here).

Page views divided according to country of origin

Italy
Verona
Concamarise
Add this graph to your website 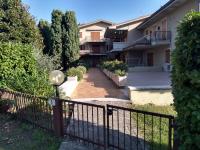 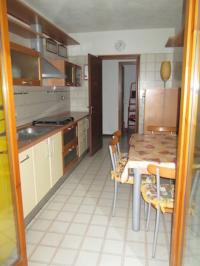 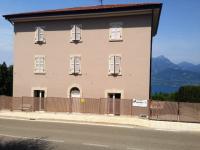 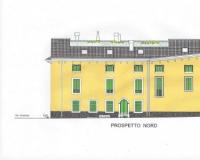 990,854.00USD
For sale
Villa
Italy, Verona, Torri del Benaco, brancolino
Why choose Realigro?
There are many reasons for choosing Realigro. We summarized them in this beautiful infographic
Free
and Premium Services Check out how easy it is to sell or find your home with our Free and Premium services
Professional Services Discover how to increase your business opportunities
Collaboration between Property portals Do you have a property portal with a nationwide focus? Publish your database on Realigro.
2005-2021 REALIGRO REAL ESTATE LTD. All Rights Reserved - VAT Nr: 893969932
Neikos Digital Agency
BB