The province of Viterbo is also known as "Tuscia" or "Upper Lazio" and finds its capital in the city of Viterbo. The territory of this province is very varied, could be divided into four different areas: a coastal area, a more hilly area that is that of Upper Lazio, the area of the Cimini Mountains adjacent to the metropolitan city of Rome Capital, the area bordering Umbria and the Tiber River. The diversity of the territory gives this province a very special atmosphere, you should also know that 19% of the territory is completely covered with forests! Below I will tell you about the most important cities from the point of view of real estate, from which you can reach the picturesque places of this province (which are mainly immersed in nature).

- The first one I will tell you about will be the homonymous capital: Viterbo. This city has ancient origins, in the Middle Ages was a real landmark and now has the largest and largest medieval historic center of Europe, surrounded by walls and surrounded by the most modern districts of the city. In addition to this, the city for many years was the seat of the Papal Palace (because of the hostile environment that was created in Rome in 1257) in which, in fact, were hosted or elected various popes. The city was awarded the "Silver Medal for Civil Value" for the enormous number of deaths and serious damage that the city suffered as a result of the bombing of the allies in 1943-1944. The history, culture and traditions of the city are very old and this is not only perceived by buildings or monuments, but also by some festivals such as the "Machine of St. Rose" which takes place every September 3 in honor of the patron saint. A very special celebration: a thirty-metre high machine weighing 52 quintals is carried on the shoulders of a hundred men called "Saint Rose's Flights". This machine is so impressive that UNESCO has decided to include it in the intangible heritage of humanity. The suggestive places to visit in Viterbo or in its surroundings are mainly historical and naturalistic: the Cimini Mountains overlooking the Vico Lakes, are a set of volcanic reliefs and represent an excellent solution if what you are looking for is a day of hiking and nature, the large hydrothermal basin of Viterbo which feeds many hot springs including that of Bullicame (the most famous), located in the immediate vicinity of the city, the medieval buildings such as the Papal Palace or the Museum of the association of porters of Santa Rosa (which deserve to be discovered). In the real estate landscape, buying a property in Viterbo (or nearby) is easy thanks to the high and varied number of offers: from properties of 70m2 for a cost of about 65,000 € to rustic-houses of 400m2 for a cost of 500,000 €, up to business activities for a cost that goes beyond a million euros.

- Another interesting town from the point of view of tourism / real estate is Montefiascone, a land that produces many DOC wines. This small town is located about 600 meters above sea level and an area, called "Belvedere", overlooking the beautiful Lake Bolsena. This lake, formed more than 300 thousand years ago, is now one of the most attractive elements from the point of view of tourism and along its shores are many real estate realities used as hospitality for tourists. Along the lake, are especially the excursions and trekking activities most practiced. Another great point of attraction, which stands on the shores of the lake, is the "Rocca dei Papi". The bases of this structure are even Etruscan and only later the church began the creation of the structure, from which you can enjoy a 360 ° view of the surrounding landscape and the lake. If you are interested in being close to the lake and the territory, you should know that buying a property in Montefiascone is possible: for an independent house of 150m2 the average cost is about 150,000€, while for a rustic farmhouse surrounded by nature the price can range from 180,000€ to 350,000€.

For sale Other (Residential), Italy, Viterbo, Acquapendente, via troilo accorsini

103,860.60USD
For sale
Other (Residential)
120 m²
12 km from Lake Bolsena, semi-detached house a stone's throw from the main square of the town, with independent entrance and adjacent garage of about ...
Add to favourites Details
REALIGRO FREE ADVERT
Cod. 38967 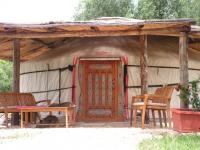 1,169,924.00USD
For sale
Farmhouse
31000 m²
The structure is available both as a private residence (subject to civil registration) and as a tourist-accommodation activity in the agricultural sec...
Add to favourites Details
REALIGRO FREE ADVERT
Cod. 38757

113,411.00USD
For sale
House
170 m²
Portion of a stone farmhouse in an ancient village, consisting of a kitchen and a living room on the ground floor; two bedrooms, large hallway and bat...
Add to favourites Details
REALIGRO FREE ADVERT
Cod. 38158 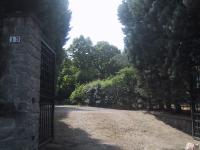 143,256.00USD
For sale
Villa
110 m²
Immediately available, we sell a real estate unit, in a residential complex immersed in a natural environment of notable beauty, not far from the Vill...
Add to favourites Details
REALIGRO FREE ADVERT
Cod. 36910 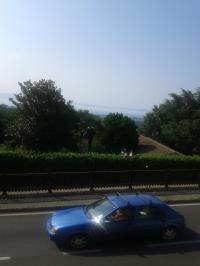 77,597.00USD
For sale
House
70 m²
Apartment for sale in the municipality of San Lorenzo, a few meters from the historic center and close to the main services, with local ground floor w...
Add to favourites Details
REALIGRO FREE ADVERT
Cod. 36872

77,597.00USD
For sale
Farmhouse
500 m²
For sale farmhouse to be restored in the countryside of Proceno, about 6 km away from the historic center of the country, 500 square meters + 4200 squ...
Add to favourites Details
REALIGRO FREE ADVERT
Cod. 35462 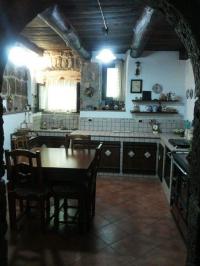 232,791.00USD
For sale
House
100 m²
The house is treated in detail and located in a medieval village on the border with TUSCANY. A few km from the TERME DI SATURNIA and from LAKE BOLSENA...
Add to favourites Details
REALIGRO FREE ADVERT
Cod. 34297