The province of Varese is the fourth largest province in Lombardy in terms of population after those of Milan, Brescia and Bergamo. A characteristic of this province is its polycentricity, in fact there are several cities with a high number of inhabitants: Busto Arsizio, Varese, Gallarate and Saronno. This province, which lies between the Po Valley and the foot of the Alps, from south to north is first flat, then hilly and finally mountainous. The number of lakes in the province is very high and are divided into two different categories: two are the glacial lakes and seven are the smaller lakes that together with that of Varese constitute the seven lakes Varese.
Do you want to know more about this province and its tourist/real estate panorama? Below I'll tell you about the most interesting places:

- The first one I want to talk about is the homonymous provincial capital, precisely, Varese. The city is also known as the "Garden City", this is due to the high presence of parks and gardens in the area, many of these gardens are part of villas that were built between the eighteenth and twentieth century. Needless to say, the presence of the latter greatly enhances the image of the city. The beauty of Varese lies in the fact that, not only is it a city rich in attractive elements for tourism such as museums (Tattile Varese, Mirabello, Baroffio, Castiglione, etc.), but it is also a city that stands in a strategic point (always for tourism). To the north is the huge Regional Park Campo dei Fiori, while to the south is the Lake of Varese (impossible not to take a walk along the lake, to admire the beauty of the territory). I want to point out, as an experience to be carried out in the municipality, the funicular Sacro Monte located at the beginning of the Regional Park that I told you about earlier. From the real estate point of view, buying a property in Varese is not difficult! The offer focuses mainly on the sale of detached houses or small villas for an average price of about 250,000 €. Not all properties are within the city, often in fact are located near the lake.

- The second place I want to talk to you about is Busto Arsizio (the municipality with the largest population in the province). Today this city is an important industrial and commercial center in the province of Varese, a "tradition" that has gone on over the years. You should know that already in the Middle Ages this city was known for the "tanning of skins" and that, however, in the sixteenth century was known for the processing of "fustian" (a very durable fabric).
Given the ancient origins of the city is easy to imagine that the buildings with a certain historical importance are many, especially I wanted to point out that in the city there are twenty churches, not to mention the shrines and other places of worship (basilicas, temples). From a cultural point of view, you should know that in this town stands the "Centre of Lombard Cultures" which aims to preserve the languages (and dialects) of the entire region, also in the city there are three different libraries and a university. The real estate panorama is also very wide. Buying a property in Busto Arsizio is easy, thanks to a wide choice of apartments (three rooms, villas, detached houses, businesses), the average price is about 250,000 €.

- The third place I want to talk about is Gallarate, just 6km from Milan Malpensa airport and a little south of Varese, this city is almost completely flat, with the only exception of the northern area that is hilly and where there are several districts. Gallarate is a city full of museums and important historical buildings, such as the Civic Library. There are also numerous churches, belonging to this municipality, that deserve to be visited and discovered. Although the city is very large, from the point of view of real estate offers seem not to be many, almost all are large villas, for an average price of about € 600,000. 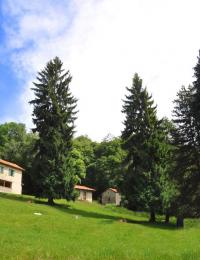 964,720.00USD
For sale
Other (Residential)
2000 m²
The property is situated in a wonderful natural context with exceptional views over Lago Maggiore and Monte Rosa. Between the lake and the mountains,...
Add to favourites Details
REALIGRO FREE ADVERT
Cod. 39777 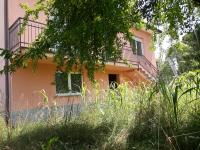 For sale 3 Bedrooms, Italy, Varese, Saronno, VIA COLOMBO 36 A 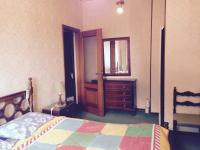 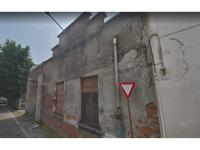 542,655.00USD
For sale
House
380 m²
The villa is situated in a picturesque place, on a hill, in a building composed of other individual villas, fenced and with independent entrance and e...
Add to favourites Details
REALIGRO FREE ADVERT
Cod. 35852 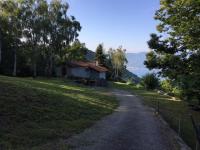