The province of Teramo is the third largest province in Abruzzo. The territory of this province is really very particular: from the Apennines of Abruzzo (located on the eastern side) part of a mainly hilly portion of territory that then regularly goes to flatten out until you get to the coast (located on the western side). The entire province has about 300 thousand inhabitants, but the cities with a greater density of population are only three: Teramo, Roseto degli Abruzzi and Giulianova. You should know that this province has been inhabited since ancient times and this is demonstrated by the about ten thousand tombs found in the necropolis of Campovalano dating back to the time of the Piceni. To date, the province of Teramo has many sites and places that are very important attractions for the province itself, as well as for the region. In fact, in recent years, the strong development of tourism and all related sectors (such as the hotel industry), have ensured a strong social and economic development of the region.
That said, let me tell you about the most beautiful places from the point of view of real estate.

- The first place I want to talk to you about is Roseto Degli Abruzzi. This town, after that of Teramo is the most populous of the entire province, but it is one of the largest along the coast. As I told you earlier, tourism has developed significantly in recent years and municipalities like Roseto have seized the moment and have developed a number of tourism services not indifferent. You should know that this town, especially in its "lower part" is full of clubs on the sea, beaches and wonderful beaches, and since 1999 also boasts the Blue Flag (an award that is issued when a marine area reflects a number of characteristics such as the quality of bathing water and services offered). This town really has everything a tourist (or a local) could want, you can live here every kind of experience and overnight stay ranging from luxury hotel, up to the campsite. However, you will be pleased to know that you can also buy a property in Roseto Degli Abruzzi. Although there are not many offers to sell, you can still choose between various types of property: detached house for a price ranging from 180,000 € to 300,000 €; multi-room and three-room apartments for a price that is always around 180,000 €.

- The second place I want to talk to you about is Giulianova. This town with its almost 24 thousand inhabitants, in addition to having a strong historical vocation (in fact, the findings date back to the Neolithic era), also has a strong vocation for tourism and trade. You should know that this city is one of the most popular seaside resorts in the Middle Adriatic. Like the municipality of Roseto degli Abruzzi, this municipality has also been forged with the Blue Flag. Giulianova is the perfect mix between culture and entertainment, between history and modernity. There are numerous civil and religious architectures that you can discover in the city, as well as numerous beaches and facilities created exclusively to meet the tourist demand. Besides this, you should know that finding a property in Giulianova is possible and that the offers for sale are different: for a three-roomed apartment the price is around 190,000 €; for the purchase of a villa, the negotiation is reserved; for a two-roomed apartment of 95 square meters the price is instead of about 200,000 €.

This province is rich in attractive elements, not only along the coast, but also in the hinterland. Impossible not to mention Teramo (capital of the province) or the town of Civitella del Tronto. Both of these towns are just a stone's throw from the Gran Sasso National Park, which covers a large part of the Abruzzo region and is worth a visit and discovery 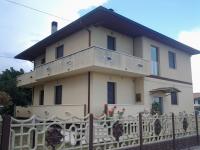 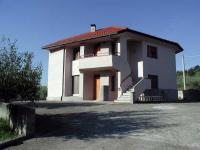 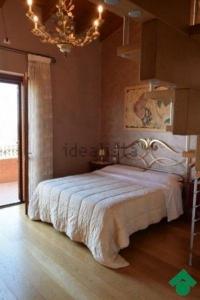 722,880.00USD
For sale
Villa
350 m²
ALBA ADRIATICA. In an exclusive panoramic position and surrounded by greenery, offer for sale semi-detached house of great luxury and elegance. The so...
Add to favourites Details
REALIGRO FREE ADVERT
Cod. 27890 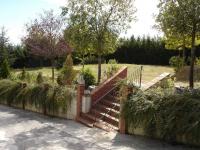 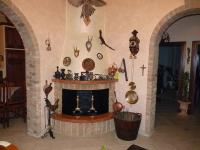 542,160.00USD
For sale
House
195 m²
Rent a furnished house in a very quiet area in the center of Italy Abruzzo 10 km from the sea, the house consists of 2 bedrooms apartamentow.2 as in t...
Add to favourites Details
REALIGRO FREE ADVERT
Cod. 25546