The province of South Sardinia was established only in 2016 and this makes it the youngest province in Italy and is among other things one of the few Italian provinces not to take its name from its capital, which in this case is represented (provisionally) by Carbonia. The territory of this province is mainly flat and only to the west, east and north there are some mountain massifs that delimit the borders. This new province borders with the provinces of Nuoro, Cagliari and Oristano. A particularity of this province is the high presence of artificial lakes, there are seven of them.
After this brief introduction on this province, let me tell you about the most interesting places from the point of view of tourism and real estate.

- The first place I want to talk about is Iglesias, a town of about 27 inhabitants located in the region of 'Iglesiente' (a sub-region of south-western Sardinia) which, among other things, gives the name. Over the years this municipality has had such a strategic importance that it was one of the royal cities of Sardinia during the period of Spanish domination. Today it is, among other things, still the bishop's seat of the diocese of Iglesias. Although this city is located 200 meters above sea level, it is just eight kilometers from the coast, one of the fundamental elements of the region of Iglesias. You should know that among caves, coves and coasts, the sites of tourist interest that deserve to be discovered are about thirty! In addition, given its history and its importance history, Iglesias is full of religious, civil and military architecture that bring back to the period of Spanish rule. From the real estate point of view, buying a property in Iglesias is possible, although the number of offers is not very high: you can buy a villa of 200 square meters at a price of 470,000 € and a three-room apartment at a price of 140,000 €.

- The second place I want to talk about is Carbonia, temporary capital of the province of southern Sardinia. This town with its 29 thousand inhabitants is the ninth in population of the entire region and the most populous in the province. The history of Carbonia is really very interesting and deserves to be told. This town was born in the thirties of the twentieth century, when the fascist regime to meet the energy needs of Italy, he built next to the mine of Serbariu a small village to which send the workers who would have to deal with the extraction and processing of coal. Hence the name of this town. After the end of the coal era, Carbonia has become an important service centre in south-western Sardinia and today it lives mainly thanks to the tertiary sector and industry. Unfortunately, today it is not yet possible to buy a property in Carbonia, but this town deserves to be discovered because it is rich in history and buildings and structures that take you back to the era of coal and the Second World War.

- The third place I want to talk to you about is Villasimius, a town of just 4 thousand inhabitants. It is one of the most popular municipalities of southern Sardinia, thanks to its many tourist resorts, which every year attract thousands of visitors in spring and summer. The territory of this municipality is located between the mountainous massif of the Seven Brothers to the coast of the promontory of Capo Carbonara. In addition, the territory of the municipality also includes two islands: the island of cabbage and the island of serpentara. As mentioned before, this town lives mainly on tourism thanks to its beautiful beaches of white sand and crystal clear sea. In this municipality, nature is the absolute master. From the real estate point of view, buying a property in Villasimius is possible thanks to the high number of offers for sale: for a two-roomed flat the price is 150,000€, for a three-roomed flat the price is 165,000€, for a villa the price varies considerably depending on the size and location, but the average price is about 800,000€. 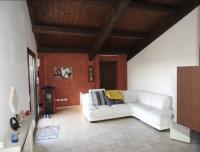 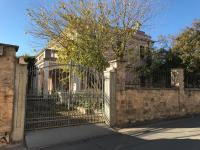