- The first city I will talk about will be Siena, the capital of the homonymous region. Siena has about 53 thousand inhabitants and is universally known for its huge historical, artistic and landscape heritage and for its substantial stylistic unity of medieval urban furniture, as well as for the famous Palio. In 1995 its historic center was included by UNESCO in the World Heritage Site. Siena in fact preserves a magnificent historic center of medieval style. The Cathedral of Siena, the Torre del Mangia and the whole Piazza del Campo make this city a real jewel. In particular, Piazza del Campo is unique for its particular and original shape with a sloping shell. around noon, with nine segments defined by white bands on the terracotta flooring. Every year in this fascinating square takes place one of the oldest and most traditional events in Tuscany: the Palio, a competition between the Contrade of Siena in the form of an equestrian carousel of medieval origin. This tradition dates back to 1200 and is still admired by tourists from all over the world! Siena is a city of art, culture, events and life. Small and a is also an important university center. There are many young people in Siena, they animate it and live it to the fullest. Also from the real estate point of view Siena offers opportunities for all ages and needs. It is possible to buy a property in Siena. Let's see some. In via Chiantigiana is for sale a beautiful liberty style villa, with panoramic infinity pool and large park with olive grove and vineyard at 2.6000.000€. Just 20 minutes from Siena is for sale a rustic farmhouse in perfect Tuscan style for 415.000€. If you are looking for an apartment in the heart of the city, know that it is for sale an apartment right in front of Palazzo della Chigiana. Its price is 580.000€.

- The second city I'm going to talk about will be Montepulciano, a town in the province of Siena of about 13 thousand inhabitants. It is best known for the quality of its vineyards, from which the noble Vino di Montepulciano DOCG is produced. This town stands on a hill 600 meters above sea level: from this height it is easy to get lost with the view of the green Tuscan hills, the cultivation of olive trees and vineyards and cypress trees that mark the pleasant landscape. This magnificent place is rich in art and history in every alleyway, in every stone street, between every colorful and cozy house. A place that is worth living! If you are looking for a home in this place, know that you can buy a property in Montepulciano. Let's see some of them. In Via Voltaia nel Corso is for sale a one bedroom apartment with loft of about 50sqm located in a historic building of 1500 completely renovated for 160.000€. Also for sale is an agricultural building plot of 2000sqm at 350,000€.

187,278.00USD
For sale
5+ Bedrooms
110 m²
In one of the most important Tuscan thermal center, we sale this brightly first floor apartment with lift. The totally renovated apartment, is compos...
Add to favourites Details
REALIGRO FREE ADVERT
Cod. 33479

216,090.00USD
For sale
House
155 m²
Terracielo with garden, in the quaint hamlet of Monticiano. The apartment is on several floors: a few steps lead to a living room area with brick fire...
Add to favourites Details
REALIGRO FREE ADVERT
Cod. 31264

4,021,675.00USD
For sale
Farmhouse
20000 m²
In the heart of Tuscany, at the feet of the medieval village of Casole d'Elsa, there is a picturesque property called 'La Collina'. The estate is loca...
Add to favourites Details
REALIGRO FREE ADVERT
Cod. 31214

4,021,675.00USD
For sale
Farmhouse
20000 m²
In the heart of Tuscany, at the feet of the medieval village of Casole d'Elsa, there is a picturesque property called 'La Collina'. The estate is loca...
Add to favourites Details
REALIGRO FREE ADVERT
Cod. 29883 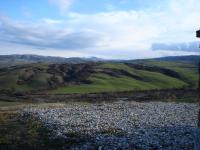 840,350.00USD
For sale
Farmhouse
140000 m²
Building land in the center the Natural Park of the Val d'Orcia in Tuscany The "Morello" farm is located in the middle of the famous Natural Park cro...
Add to favourites Details
Cod. 29488 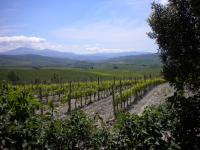 8,403,500.00USD
For sale
Villa
1600000 m²
The farm "Tenuta Montechiaro" Is The Most Photographed of Italy into the middle of the famous "Natural Park Cultural of Val d'Orcia" the UNESCO herita...
Add to favourites Details
1 / 7