The province of Sassari was already established in 1859, even before the establishment of the Kingdom of Italy, which only took place in 1861. This province, today, has about 492 thousand inhabitants divided into 92 municipalities and is, with its 6 thousand square kilometers is not only the largest province of Sardinia, but also the largest province of Italy. The province of Sassari can be considered the province of large numbers, in fact, in addition to the extension of which we have spoken above, is also the province in which there is the only lake in Sardinia and one of the largest artificial lakes, Lake Coghinas, and also there is the largest plain of the region: the Nurra. This plain has represented a very important portion of the territory at a historical level, especially for its importance from the agricultural point of view. A curiosity about this province is that during a promotion campaign, the tourist office wrote in the logo "ssardinia" a double s, which inevitably remembered the name of the Nazi paramilitary squadron, precisely because of this reason the promotion office had to run for cover. Below I will tell you about some of the most beautiful places from the point of view of tourism / real estate.

- The first place I want to talk about is Alghero, a strategic point for the tourist and real estate landscape of the province. You should know that this town of about 44 thousand inhabitants is defined as a small Barcelona, this is because even today the population continues to use Catalan to communicate, so much so that the city is considered a linguistic island. The strategic importance of this municipality is also due to the presence of the airport, one of the few in northern Sardinia, which allows access to the island. Besides this, Alghero is the capital of the "Riviera del Corallo" name that derives from the fact that in the waters that bathe the city, there is a high presence of red coral (of the best quality). Coral has always been of great economic and cultural importance, so much so that a branch of coral has been inserted in the coat of arms of the city. A very important element within this municipality is religion, this is also because of the centuries-old history of Alghero, which already begins in the distant Neolithic. All this makes Alghero today a city full of civil and religious architecture of majestic beauty, but also makes it a modern city and bathed by the sea, full of sites of tourist interest. A few kilometers away from the town there is the Regional Natural Park of Porto Conte where you can live very different experiences ranging from simple hiking to more adrenaline-filled activities in adventure parks. You will be pleased to know that from the real estate point of view, buying a property in Alghero is possible. The offers, despite being numerous, are mainly concerned with the sale of villas with prices that vary (depending on the size and location of the property) from € 300,000 up to more than a million euros. It is also possible to buy two-room and four-room apartments for a price of around €110,000 and €250,000 respectively.

- The second place I want to talk about is Porto Torres, a town of 23 thousand inhabitants located in the northern part of the province. This municipality, like the previous one, has a strategic relevance within the subway network of South Sardinia and this is due to the fact that in Porto Torres there is the only port connected with Spain. The territory in which this municipality is inserted is mainly flat and overlooks the Gulf of Asinara. About this, its coast is really very particular: small enchanted beaches alternate with tuff cliffs with cliffs that can reach even 30 meters. You should know that Porto Torres is a town surrounded by nature and that over the years has dedicated a great deal of effort to its preservation. In addition to being included in the largest National Park of Asinara, is present along its coasts the marine protected area of the island of Asinara, a small corner of paradise. If you are interested in buying a property in Porto Torres, know that there are several offers: for an independent house the price is € 230,000, while for a villa the price is € 350,000. 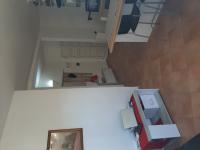 101,583.50USD
For sale
3 Bedrooms
74 m²
We are located in Castelsardo Marina - Lu Bagnu in a small and nice condominium complex, very quiet even in high season. The apartment is 74 square...
Add to favourites Details
REALIGRO FREE ADVERT
Cod. 40213

824,619.00USD
For sale
2 Bedrooms
90 m²
Renovated apartment in 2018 on the ground floor with garden and panoramic veranda located in the residence of the port a few meters from the Old Port ...
Add to favourites Details
REALIGRO FREE ADVERT
Cod. 36516

167,314.00USD
For sale
House
120 m²
INDEPENDENT HOUSE IN COUNTRYSIDE 2KM FROM THE SEA Independent house immersed in the Mediterranean scrub; the house is located on a hill inside an imm...
Add to favourites Details
REALIGRO FREE ADVERT
Cod. 35498 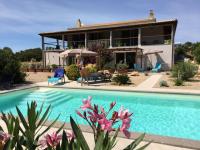 179,265.00USD
For sale
House
163 m²
Ozieri, in the Manighedda area behind the restaurant "Gli Oleandri", I propose for sale a single house on 2 floors with a garden more than half a hect...
Add to favourites Details
REALIGRO FREE ADVERT
Cod. 33982 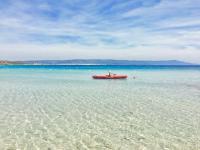 1,027,786.00USD
For sale
Villa
230 m²
Investing Enterprise Holiday! Sardinia Coral coast near Alghero is for sale in a Mediterranean Villa with its 7 hectares of land. The villa currently...
Add to favourites Details
REALIGRO FREE ADVERT
1 / 9