The province of Rome, established in 1870 following the conquest of the Papal State by the Kingdom of Italy and initially divided into five districts: Rome, Civitavecchia, Frosinone, Velletri and Viterbo (the old papal delegations) and existed until 31 December 2014; its capital was Rome. On 1 January 2015 this province was replaced by the Metropolitan City of Rome Capital, which then acquired territorial control over the 121 municipalities of the former province and today is also the most populous metropolitan city of the country with about four and a half million of the people living there.
Beyond this historical data, the metropolitan city of Rome Capital counts many places of interest in the tourist and real estate panorama. Below I will try to talk to you about what I consider most important:

- The first place I want to talk to you about is the city of Rome, not only the capital of the homonymous metropolitan city, but also of the Lazio region and capital of the Italian Republic. Rome is the city of big numbers, in fact besides being the fourth city in Europe by population, it is the largest municipality in Italy and the fifth largest city in Europe. Beyond this, you must know that according to tradition, Rome was founded on April 21, 753 BC. and that in the course of three millennia of history, not only was the first metropolis of history, but it was also the beating heart of a society and a civilization that would (positively) upset the whole world. Talking about Rome and trying to tell it would be impossible, even the Romans would not do it.
Let's start by saying that Rome is a real open-air museum and that sites of historical and cultural interest are very high, as the events organized inside it are high (being the capital). One of the most suggestive areas from the tourist point of view is definitely the part of the historic center that starts from the Colosseum and ends in Piazza del Popolo and is the most touristy area because it is precisely here that you find all the monuments that you usually see in the books of history or in many films and documentaries: Colosseum, Piazza del Popolo, Villa Borghese, Trevi Fountain, Pantheon, etc.
For a lover of history, big cities and confusion, Rome is certainly the right place to live; if you are considering the idea of ​​moving to the city, but you are not familiar with reality, let me explain the situation to you. In recent years the city of Rome seemed to be out of control both in terms of security and cleanliness. Crime had definitely increased in many neighborhoods and in the old town and street trash seemed to have become an unsolvable problem. The institutions, however, have succeeded slowly in resolving these problems (even if not completely) and are trying to return to Rome the light it deserves. As you can certainly imagine, buying a property in Rome is possible and many offers are available. What I advise you to do is to evaluate the area very well even before the property, as especially in the suburbs, not all areas are as safe as one thinks. Beyond this you must consider that the more you move to the suburbs and less will the buildings. Give you an average price would be really impossible, but the starting price for any type of property is at least € 150,000. Important, in my opinion, that associated with the property that you intend to buy, the car garage is also expected above all for a question of comfort.

- The second place I want to talk about is Ostia (also called Lido di Ostia). This town of about 100 thousand inhabitants overlooks the Tyrrhenian Sea and belongs to the X Town Hall of the capital.
Together with the cities of Fregene and Fiumicino it is famous above all for the high presence of bathing beaches and, consequently, of water sports that it is possible to practice.
This territory, today full of life, until the nineteenth century was entirely formed by salt pans and the entire area of ​​the Ostiense coast was afflicted by malaria. Only when the territories passed into the hands of Italy (after the famous 1870 Rome summit), was the need to reclaim that stretch of the Tyrrhenian coast that started from Terracina and reached as far as Piombino. This town is rich not only of activities related to the sea (as we have seen), but also of cultural and historical sites such as the Necropolis of Porto Isola Sacra or the Basilica of St. Hippolytus and sites completely focused on nature and adventure as the 'Adventure Park or the Wild Village.
From the real estate point of view, buying a property in Ostia is possible, although there are no great opportunities for choice. For a property of 133m2 the average cost is about € 339,000, for a two-room apartment of 60m2 € 180,000.
The metropolitan city of Roma Capitale is that territory that deserves to be visited and discovered in depth, because it is rich in history and above all because it is the true starting point of western society and culture.

For sale Other (Residential), Italy, Rome, Rome, Via della camilluccia

0.00USD
For sale
Other (Residential)
1200 m²
Camilluccia complex of 10 independent terraced apartments in the green with a large park of 3000 square meters plus each apartment has video intercom ...
Add to favourites Details
REALIGRO FREE ADVERT
Cod. 39844

For sale Attic, Italy, Rome, Rome, Via dei due macelli 5 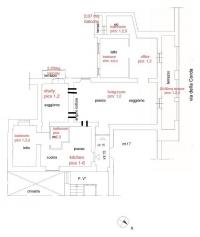 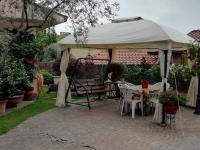 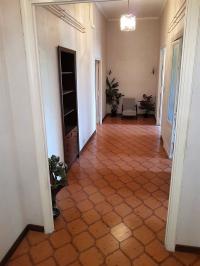 787,908.00USD
For sale
5+ Bedrooms
186 m²
Private sells property in a renovated old building, precisely in Via Carlo Emanuele I, adjacent to Via San Quintino, in an elegant, private and quiet ...
Add to favourites Details
REALIGRO FREE ADVERT
Cod. 38576