The province of Ravenna is an Italian province of Emilia-Romagna with about 390 thousand inhabitants. It is bordered to the north by the province of Ferrara, to the west by the metropolitan city of Bologna, to the south by Tuscany (metropolitan city of Florence) and the province of Forlì-Cesena, to the east by the Adriatic Sea. The territory of this province is very varied: long coasts, flat areas, but also green hills and high mountains. In these areas you can admire countless natural and man-made beauties, taste typical dishes such as piadina romagnola and discover a piece of Italian history. Below is a list of some of the most interesting cities in this province from the point of view of tourism and real estate.

- The first city I will talk about will be Ravenna, the capital of the province of Ravenna. The city of Ravenna has about 190 thousand inhabitants, a number that makes it particularly comfortable and within reach, without giving up the many activities typical of a large city. Ravenna is historically the most important city in Romagna. It was the capital of the Western Roman Empire, the Kingdom of the Ostrogoths and the Byzantine Exarchate. The Middle Ages were also a period of particular interest. historical interest in Ravenna. Several Christian monuments were built here, which were included in the list of Italian World Heritage Sites by UNESCO in 1996. The Basilica of San Vitale, the mausoleum of Galla Placida and the Neonian Baptistery are just a few examples of beautiful architectural gems to be seen at least once in your life. This city is sometimes overshadowed by the largest cities in Italy, but it is on par for the beauty that reserves it. Also from the real estate point of view Ravenna has many opportunities. It is possible to buy a property in Ravenna. Let's see some together. In the city center is for sale an independent house of 290sqm on the ground floor, furnished, with central heating, also equipped with cellar, double garage and possibility of obtaining a studio. Its price is 260.000€ negotiable. A few km from the sea you can buy a detached house with large garden, ideal for lovers of tranquility at the price of 1750,000 €. At 200 meters from Via Cavour is for sale a cozy apartment of 100sqm with cellar and garage at 185,000 €.

- The second city I will talk about is Milano Marittima, a seaside resort in the municipality of Cervia, in the province of Ravenna. This seaside resort has experienced success during the last century, when massive flows of tourists from all over the world moved to this area, attracted by its beauty. The administrators of this area, then, seized the opportunity, building numerous entertainment facilities, playground, discos, beach facilities for optimize the tourist service offered. Milano Marittima is now an internationally famous destination, one of the most visited during the summer season thanks to the multitude of entertainment and leisure opportunities that this land offers. Also from the real estate point of view, the solutions are among the most varied. It is possible to buy a property in Milano Marittima. Let's see some together. A nice three-room apartment with a large terrace he panoramic sea view of Milano Marittima is for sale at 600.000€. In via Dante 25, in a beautiful central location, quiet and just a few steps from the sea you can buy a prestigious apartment on the top floor at a price of 955,000 €. 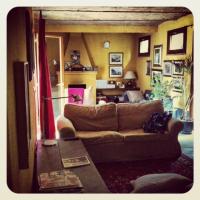 For sale Terraced House, Italy, Ravenna, Ravenna, via c.matteucci 51b 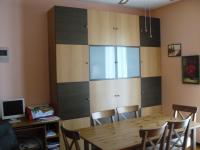 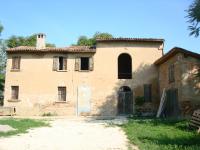 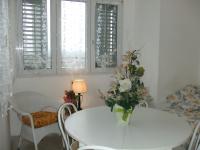 723,540.00USD
For sale
House
60 m²
Nice 3-room-apartment on the last floor with huge terrace and with wonderful view on the sea in a residential area of Milano Marittima (Ra) - Italy. T...
Add to favourites Details