- The first city I will talk about will be Pisa, as well as the capital of the homonymous region. Pisa has about 90 thousand inhabitants, a moderate figure, but think that in high season, it can double because of the influx of tourists! Surely the main monument of the city is its tower, characterized by an obvious slope that makes it unique. The Tower of Pisa has been proposed as one of the seven wonders of the modern world. The most significant example of Pisan Romanesque art is instead its Cathedral, which combines classical tradition with elements of various arts: a true masterpiece of centuries! Walking inside this imposing structure is like taking a step back in time, where nobility and class mastered Italy. In addition to being famous for these important works, Pisa is also known for its spectacular lungarni: the streets that run along the river Arno. The lungarni are both important meeting points for young people of Pisa, and interesting points of reference for tourists. Pisa is art, history, architecture, cuisine and tradition. A set of elements that make it perfect as a city not only to visit, but to live. You can in fact buy a property in Pisa. Let's see some together. In a well served area on the outskirts of Pisa is for sale a recently renovated apartment restructuring at €94,500. If you need an office in Pisa, know that it can be purchased in Via Augusto Righi, inserted with the main commercial activities in the area, at the price of 150,000 €. In addition, in Riglione area is for sale a bright apartment of 95sqm at 159,000 €.

- The second city I will talk about will be Chianni, a small village of about 1,300 inhabitants. Despite its size, this town reserves all the goodies to discover! The fulcrum of gastronomic stands, Chianni brings in triumph the delicious wild boar meat offering it every year at the Wild Boar Festival, a ten-year tradition now increasingly countercurrent.
In this wonderful medieval village, where tradition and folklore are felt by all its inhabitants (a large family). It is possible to be open-mouthed in front of the beauties of nature such as the Ice Falls, immersed in the woods surrounding Chianni. This corner of unspoilt paradise is one of the main attractions of the place. If you plan to start a new life here or simply expand your properties, know that you can buy a property in Chianni. In the historic center of the town is for sale a nice apartment on two floors for 85,000 €. In the beautiful hills of Pisa, a rustic stone farmhouse of 120sqm completely renovated is available for € 450,000. 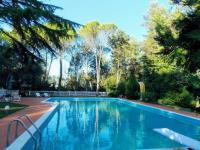 102,501.50USD
For sale
4 Bedrooms
92 m²
Apartment for sale in a quiet area 3 km from the town of Casciana Terme, 35 minutes from Pisa and Livorno, bus service and door to door Independent e...
Add to favourites Details
REALIGRO FREE ADVERT
Cod. 37818 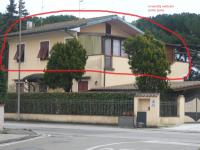 60,295.00USD
For sale
House
97 m²
I sell 50% of the apartment to share in co-ownership place on the first floor with a surface of 97sqm. composed of: entrance to covered veranda living...
Add to favourites Details
REALIGRO FREE ADVERT
Cod. 33070

542,655.00USD
For sale
Other (Commercial)
384 m²
The details are the following: ON SALE Antique mill built at the end of the 18th century ROSIGNANO MARITTIMO Via Gramsci 133 - (Livorno, Tuscany) ...
Add to favourites Details
REALIGRO FREE ADVERT
Cod. 28975 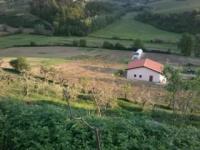 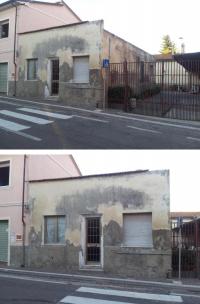