The province of Piacenza is an Italian province of Emilia-Romagna with 286,818 inhabitants. It borders Lombardy to the north, Lombardy and Piedmont to the west, the province of Parma to the east and Liguria to the south. This splendid province extends over the Po Valley, but also has hilly and mountainous areas, making the panorama of the entire province spectacular. Its origins are ancient, even prehistoric; its most important development, however, certainly took place in the Middle Ages, a period in which this area was strategically perfect for various trade exchanges. Over the centuries the commercial importance of this province has not changed, but its take-off from the industrial point of view of the last century makes it today an important economic and social reality.

The city of which I will speak is Piacenza, as well as the capital of the homonymous region. Piacenza has about 103 thousand inhabitants, a figure that makes it particularly comfortable and within reach of man. Piacenza is located on the river Po and is therefore perfectly connected to Lombardy by 4 main bridges. It is said that it only takes a few hours to fall in love with Piacenza. And how can we wrong this statement, considering the many beauties it preserves? Even the most distracted traveller will not go unnoticed by the famous frescoes by Guercino on the dome of the Cathedral, Piazza Cavalli, which takes its name from the bronze sculptures outside the Gothic Palace made in 1600, the Palazzo Farnese, stone structure surrounded by greenery that now houses the National Archaeological Museum, the Museum of Carriages and the Museum of the Risorgimento. Alberoni Gallery, Ricci Oddi Gallery, San Savino Churches and San Sisto are just some of the names of the jewels that Piacenza embraces within its walls. Piacenza is an important tourist destination for its works of art, but not only! The cuisine of Piacenza is also very popular, where cold cuts and cheeses are real excellences; homemade pasta is almost venerated: filled tortellini and anolini, polenta, tagliatelle and many other delicacies are famous throughout Europe. Also from the real estate point of view Piacenza reserves some beautiful solutions. In fact, it is possible to buy a property in Piacenza. Let's see some together. On a hill of Piacenza, between the historic castles of the Duchy of Parma is for sale a farm. Farmhouse located on the first hill of Piacenza between the historic castles of the Duchy of Parma and Piacenza. The estate consists of 32 hectares of land with a single body of which 22 arable land and 10 woods, a restaurant with two large indoor rooms and large outdoor courtyard, 12 rooms, including 2 large suites with Jacuzzi, 2 apartments carefully finished and used by the owners, meeting room for 50 people, residence for horses with boxes and paddocks, covered riding stables, Olympic riding stables, club house, saddlery, equestrian library, saddle museum, two swimming pools, for adults and children, with whirlpool fountain, a large lake, 2 grassy runways for aerial landing, horse breeding, Sardinian sheep breeding, breeding of fine black pigs, biodynamic garden. Negotiations are confidential. In Gassolengo, a village near Piacenza, there is an independent house for sale, on one level, with garage and cellars in the basement and garden. Its price is 200.000€. In Carpaneto Piacentino you can buy a beautiful property consisting of two houses with gardens. The first is on two levels, a large living room with fireplace, kitchen, bathroom, 3 bedrooms, Jacuzzi and 2 walk-in closets. The second house is on one level and consists of a living room with kitchen, 2 bedrooms, bathroom, double garage and laundry room. Its price is 435.000€.

1,030,285.00USD
For sale
Farm
135000 m²
ON SALE in the province of Piacenza Love for Horses and desire of Organic Agriculture are possible in a reality of secular charm and where still r...
Add to favourites Details
REALIGRO FREE ADVERT
Cod. 28548 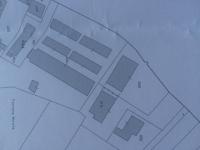 157,573.00USD
For sale
Farmhouse
150 m²
I have a country house, located near Pianello Val Tidone, province of Piacenza, in the area of fine wine production, really quiet, surrounded by the g...
Add to favourites Details 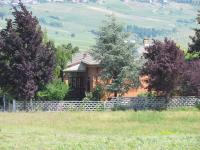 399,993.00USD
For sale
Villa
250 m²
Surrounded by the vineyards of the Colli Piacentini and residential area, villa with solar panels, completely fenced and planted on a plot mq.1130 in ...
Add to favourites Details
REALIGRO FREE ADVERT
Cod. 15980 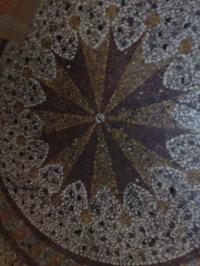 666,655.00USD
For sale
5+ Bedrooms
330 m²
In the palace of the '600 located in the center, prestigious apartment with frescoes on the walls for connoisseurs and mosaic floors. Possibility of ...
Add to favourites Details