The province of Pescara has recent origins, it was born only in 1927 after a long process of institution, made difficult by a series of territorial rivalries. This province is also mainly hilly (although the presence of some mountains such as Gran Sasso and Maiella) and flows into the Adriatic Sea. A curiosity of this province concerns its high number of Nature Reserves: within it there are five state nature reserves and four regional nature reserves. The province of Pescara is made up of 46 municipalities, below I will tell you about the most important one from the point of view of real estate.

One of the places of excellence in this province is undoubtedly the homonymous capital. Pescara is the most populous town in the Abruzzo Region and is known nationally and internationally for its art and history. You should know that this city has ancient origins, the first findings date back to the first millennium BC, but the current appearance of the city is mainly modern. Are you wondering why? The answer is simple: Pescara was heavily bombed during World War II and a large part of the city was destroyed. After these unfortunate events, the city has experienced a period of great economic development that has allowed not only the reconstruction of the city, but also the birth and growth of important industrial centers that today place this capital as one of the most important for the Abruzzo region and for the whole of Central Italy. Earlier I told you that Pescara is rich in culture and history. You only need to know that this city was the birthplace of Gabriele D'Annunzio and Ennio Flaiano, two personalities of international stature in the literary world. In addition to this, the city of Pescara is home not only to several theaters, but also areas used specifically for holding shows and musical performances, of which the most famous is certainly the "Pescara Jazz". Finally, it is impossible not to remember that this city, overlooking the sea, is an important tourist port and that it is precisely the sea that represents a strong factor of attractiveness. From the real estate point of view, finding a property in Pescara is possible thanks to the high number of offers. For an independent house the price is about 180.000€, while if what you are looking for is a three-room apartment, know that the price is around 70.000€. Also interesting are the offers to sell terraced houses for an average cost of 250,000 €. Many of the offers you will find in the link above, concern properties that are both within the city and in the surrounding areas. 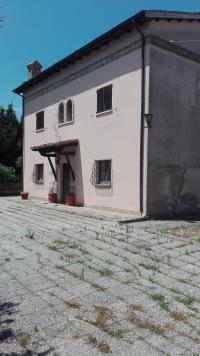 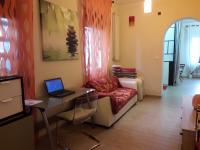 111,023.40USD
For sale
Terraced House
167 m²
Located in the beautiful village of Serramonacesca a few steps from the Majella and half an hour from the sea, in a convenient position to all service...
Add to favourites Details
REALIGRO FREE ADVERT
Cod. 36423 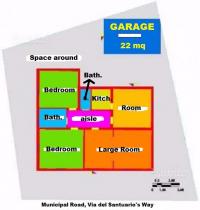 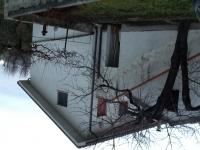 173,101.00USD
For sale
House
2400 m²
For sale detached house with 2000sq.m.of building land plus an adjacent ruin in the municipality of catignano to 400mt. From the center of the village...
Add to favourites Details
REALIGRO FREE ADVERT
Cod. 34535

155,194.00USD
For sale
Farmhouse
130 m²
In Caramanico a beautiful restored farmhouse with garden in the original Majella stone. Included in the house on the ground floor is a self-contain...
Add to favourites Details
REALIGRO FREE ADVERT
1 / 6