The province of Perugia was once called "Province of Umbria" and was made up of a much larger territory than that of the current Umbria Region. In the past, in fact, the province also included the province of Rieti and the historical-geographical region of Sabina (until 1923) which were annexed by royal decree to the province of Rome until 1927. The province of Perugia has four municipalities awarded several civil medals for value, four of which were awarded by the Presidents of the Italian Republic for the suffering and serious losses suffered during the Second World War. In this province, of fundamental importance is Lake Trasimeno (the fourth largest lake in Italy) and the presence of numerous rivers (although very small), the largest is the Tiber. The province of Perugia (like the province of Terni) is not only immersed in nature, but it is also rich in evocative places that take you back to distant years and that are made even more evocative by the panorama that surrounds them.
Below I will try to talk to you about those (places) that I think most suggestive both from the point of view of tourism, as well as from the point of view of real estate.

- The first one I will tell you about will be Perugia. Capital of the province, city of about 170 thousand inhabitants, contains centuries of history and cultural heritage of the territory of Perugia. You should know that from the point of view of art Perugia was of fundamental importance as it was the destination of artistic training of people like Raffaello and Pietro della Francesca. All this, together with the high number of monuments and historic buildings make it an artistic and cultural center of international standing. Think that the University of Perugia is one of the oldest universities in Italy and in the world! Perugia was over the years also an Etruscan city and in its three thousand years of history was an important pole of Etruria. Today it is still possible to see some parts of the original Etruscan walls which enclose the two hills on which stands the Acropolis. Another curiosity about this city is that it is often called "City of Chocolate" and this because of the presence of a very famous company on the national and international scene, precisely "La Perugina". As you will have understood, the city is rich in sites of cultural and historical interest that are worth discovering, you'll be pleased to know that buying a property in Perugia is possible and that the sale is focused mainly on villas and multi-room. In both cases the average size of the property is about 200m2 and the average price is about 300.000€. It is also possible to buy multi-room or smaller penthouses (90m2) for an average price of 160.000€.

- Another place I want to talk to you about is Gubbio, famous in Italy for its history, culture and attractiveness of the landscape and for being the location of many national television series. The territory in which the city stands is mainly hilly and mountainous, however, the territorial area of the town of Gubbio is the largest by extension in the Umbria Region and the seventh at national level. Gubbio is known nationally and internationally for a religious reason, in fact this small town is closely linked to the name of St. Francis who after escaping from Assisi found refuge in a family Gubbio and it is in Gubbio that took place his conversion (after a period spent with the poor and lepers). For this reason, every year, thousands of pilgrims travel in the name of the Saint the streets of the small town.
Gubbio deserves to be discovered above all because it is full of buildings and historical monuments that are able to leave you breathless, many of which date back to the Middle Ages. An experience that I recommend you to live and that will make you understand even better my words is the funicular that connects the town to Mount Ingino: retro style and panoramic view assured. From the real estate point of view, buying a property in Gubbio is possible, but the offer is focused only on villas (terraced or not). For a terraced house of about 95m2 the price is about 160,000 €, while for a much larger house the price reaches up to 500,000 €.

- The third and last place I want to talk about is Spoleto, a small town that stands on the hill of Sant'Elia, which is surrounded by expanses of olive groves and vineyards that make the view really very impressive. Spoleto takes its name from this hill, in fact the word Spoleto comes from two Greek words with the meaning of "split stone" with clear reference to the hill that was considered as the result of a landslide detached from Monteluco (this theory has never been confirmed). This municipality, besides being rich in history and monuments and historical buildings very interesting from the tourist-cultural point of view, is a very rich municipality from the real estate point of view. Precisely for this reason finding a property in Spoleto is really easy, the offers are focused more on multi rooms of about 90m2 for a price that varies greatly depending on the size and location and can range from 50,000 € up to more than 150,000 €; also possible to purchase two-room and three-room apartments for an average price of 50,000 € and villas for an average price of 300,000 €.

1,075,590.00USD
For sale
Farmhouse
630 m²
The Antica Posta of Vallelunga is located in the heart of the Umbrian countryside, 15 minutes from Perugia. Surrounded by the hills of this land, the ...
Add to favourites Details
REALIGRO FREE ADVERT
Cod. 40805

215,118.00USD
For sale
3 Bedrooms
100 m²
This is a private property on the main street of the old town of Spello. Direct access by car and parking options 1 minute walking distance. On the 1...
Add to favourites Details
REALIGRO FREE ADVERT
Cod. 39840 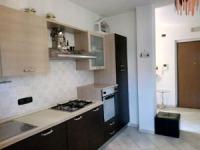 215,118.00USD
For sale
Farmhouse
460 m²
FOR SALE IN THE CITY OF CASTELLO FRAZ. SANTA LUCIA FARMHOUSE TO RENOVATE ABOUT 460 SQM WITH A BEAUTIFUL VIEW ON THE VALLEY AND SURROUNDED BY 3,150 sq....
Add to favourites Details
REALIGRO FREE ADVERT
Cod. 39083 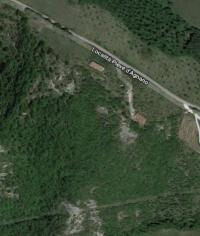 47,684.49USD
For sale
Other (Residential)
50 m²
In the old walls of our medieval town in Umbria, on the ground floor , directly in the centre, we sell a big open space of 50 m2, totally restored, wi...
Add to favourites Details
REALIGRO FREE ADVERT
Cod. 38204 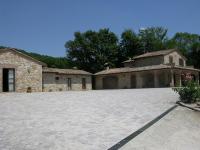 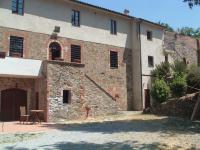