The city I will talk about will be Parma, and the capital of the province of the same name. Parma has about 197 thousand inhabitants and is the second largest city in Emilia Romagna by population, after the regional capital Bologna. Parma, like many cities in Italy, has a very long history and rich in political, artistic and cultural events. Today, this city is one of the largest universities in Italy, which choose it for these reasons. The tranquility and cleanliness that emanates this city is not indifferent to even the youngest, who live it in a healthy way and are constantly amazed. The National Gallery, in fact, houses great works by Guercino, Leonardo Da Vinci, Beato Angelico and many others. The Piazza Duomo is one of the most beautiful squares in Italy, with its Baptistery and the Bishop's Palace create a unique setting and tell a thousand years of history. Lombard Romanesque is the style that prevails on the facades of these buildings, increasingly valuable for our artistic heritage and invaluable value. Inside the many churches in the historic center of the city you can see incredible frescoes that would leave even the most skeptical incredulous. Even the Parmesan cuisine will leave you open-mouthed, but it won't take long to close it to eat excellent Parma ham, Parmigiano Reggiano or succulent ravioli. In short, Parma seems to be the ideal city for those who love city life, the tranquility of the country, the wonders of art and can not give up a tasty cuisine. So if you plan to move here, know that you can buy a property in Parma. Let's see some together. In the mountainous area, convenient for all services, the campus and the ring roads, for sale apartment on the 4th floor with elevator, comprising entrance hall, living room with balcony, kitchen, laundry room with loggia, double bedroom and cellar at 93,000 €. In a small building of a few units, we sell renovated studio apartment with central heating and paved parking space for 99,000 €. A few km from Parma, with 4000sqm of land, for sale villa with swimming pool, 2 garages, 2 wells and automatic gate at 6.700.000€. A few km from the city, precisely in Bardi, in an isolated and panoramic position, for sale rustic-house of 120sqm with adjacent land of 6 hectares at 180.000€. 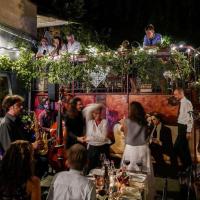 168,672.00USD
For sale
Bar/Restaurant/Nightclub
300 m²
Sale of a famous restaurant in Parma (near Milan and Bologna). Parma is one of the richest cities in Italy and with a better quality of life. Where:...
Add to favourites Details
REALIGRO FREE ADVERT
Cod. 38070 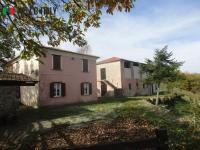 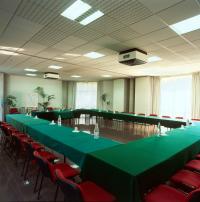 542,160.00USD
For sale
Farmhouse
395.02 m²
The country house is located in the beautiful natural area of the Tuscan-Emilian Apennines in the province of Parma 10km from the border with Tuscany ...
Add to favourites Details
REALIGRO FREE ADVERT
Cod. 23366

63,854.40USD
For sale
3 Bedrooms
68 m²
Just two miles from Berceto, along the road that leads to Passo della Cisa, and then the sea through the heart of the ancient Via Francigena by pilgri...
Add to favourites Details
REALIGRO FREE ADVERT
Cod. 22629 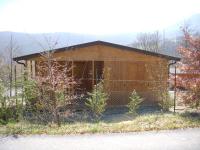 119,275.20USD
For sale
1 Bedroom
45 m²
In a small building a few units, for sale, apartment, furnished, central heating, renovated even in plants, living room with kitchenette, spacious and...
Add to favourites Details

112,046.40USD
For sale
1 Bedroom
75 m²
In mountain area, convenient to all services, the campus and the ring road, ideal as an investment, for sale on the 4th floor with elevator, central h...
Add to favourites Details

216,864.00USD
For sale
Farmhouse
600 m²
The house is located in a central area of ​​the City of Contile Varsi, is arranged on 3 levels above ground plus basement cellar for a floor area of ​...
Add to favourites Details