- The first city of which I will speak is Palermo, an Italian town of 663 770 inhabitants, the capital of the metropolitan city of the same name and the Sicilian Region. Palermo is a city of picturesque appearance, dominated by the marbles of the buildings, the arabesque domes, the colorful market of Vucciria or the neighborhood of Kalsa and the lush green spaces: the Favorita Park, that of Villa Giulia and the Garden of Garibaldi. In the historic centre there are splendid monuments that testify to its illustrious past, including the sumptuous Norman Palace or the Royal Palace with its Palatine Chapel rich in ancient mosaics and decorations, the Church of San Giovanni degli Eremiti surmounted by five red domes; the Cathedral, an imposing structure rich in works of art that houses the "Imperial and Royal Tombs. The protected areas and nature reserves offer numerous hiking trails: from simple walks to trekking on the hills of the Madonie. The thermal centres of Termini Imerese and Sclafani Bagni offer treatments and regenerating stays. A real spot for care and well-being! The local calendar is also full of events: first of all the feast of Santa Rosalia in Palermo and the Targa Florio in Palermo, international rally of Sicily. There are also numerous and tasty gastronomic delights of Sicily and in particular of this land, starting with arancini rice and "pani ca' meusa", a sandwich stuffed with veal offal. Unforgettable dishes of the territory are pasta with sardines, baked "aneletti" and tuna "sfinciuni". If your idea is to move to this city or to change house, know that you can buy a property in Palermo. In Via Cappuccini is for sale a one bedroom apartment located on the third floor of a building with panoramic views. The property is equipped with furniture, TV, fridge, air conditioners and washing machine. Its price is 65.000€. In Via Ildebrando Pizzetti is for sale an apartment of 190sqm. The property consists of n. 3 large bedrooms, a double living room (with stucco ceilings), as well as a double living area, a kitchen and n. 2 elegant bathrooms. Its price is 350.000€.

- The second city I will talk about is Cefalù, a Sicilian town of about 14 thousand inhabitants. It is located on the northern coast of Sicily, about 70 km from Palermo, at the foot of a rocky promontory. It is one of the largest seaside resorts in the region, despite its size, every year attracts a significant flow of local tourists, national and foreign, in the summer, arrive to triple the population, making crowded the main squares and the most important streets of the country. If you plan to buy a house in this corner of paradise, know that you can buy a property in Cefalù. In Contrada Figurella is for sale a villa on two floors, with fireplace, terrace with sea view, land of 700sqm and two parking spaces. Its price is 500.000€. In Via Veterani is also for sale a studio apartment of 61sqm with large panoramic terrace overlooking the Cathedral. Its price is 230.000€.

106,363.90USD
For sale
1 Bedroom
210 m²
New construction apartment for sale consisting of a first floor of 105 square meters and a second floor covered with insulation, with a structure with...
Add to favourites Details
REALIGRO FREE ADVERT
Cod. 41123 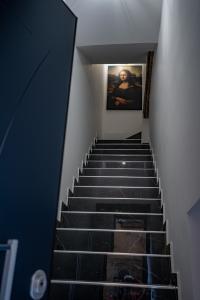 53,779.50USD
For sale
Loft-Open Space
43 m²
I sell a splendid open space in Termini Imerese, excellent for a holiday home or for investment given the proximity to the sea and the port. Personali...
Add to favourites Details
REALIGRO FREE ADVERT
Cod. 40013

77,681.50USD
For sale
2 Bedrooms
50 m²
For sale 2 bright renovated apartments of 50 square meters each, first and third floor of a building with only 4 apartments, no condominium. Palermo ...
Add to favourites Details
REALIGRO FREE ADVERT
Cod. 38274 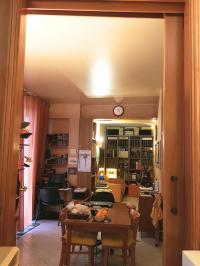 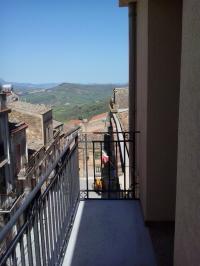 352,554.50USD
For sale
Villa
154 m²
Italy, Sicily, Palermo, Terrasini, Contrada Paterna, next to Hotel Perla del Golfo, we propose a two-family house of 154 sqm on a lot of land of about...
Add to favourites Details
REALIGRO FREE ADVERT
1 / 7