The province of Oristano is a province of Sardinia of about 159 thousand inhabitants, consisting of 87 municipalities. The provincial territory was defined and established only in 1974. The provincial territory is very varied, from the enormous plain of Campidano (which also extends into the province of South Sardinia) to the mountain complex of "Monte Ferru" that occupies much of the north-western part of the province. The diversity of the territory is also present along the coast where white sand beaches alternate with limestone cliffs. A few kilometers from the coast is also the island of Mal di Ventre completely flat, but uninhabited. Also important is the presence of ponds, fundamental for biodiversity as they are the habitat of different species of birds. The province of Oristano, like most of the Sardinian provinces, has been inhabited since the Neolithic age and this is attested by a series of findings that are now some of the most important archaeological sites in the territory. Another curiosity about this province is the presence of several protected natural areas such as: the natural park of Mount Acre, the establishment of the marine protected area Isola del Sinis - Isola di Mal di Ventre and S'Archittu a small arch formed by marine erosion. Also in this province, as in all the other Sardinian provinces, tourism is mainly summer thanks to the presence of numerous beaches and coves. Below I will tell you about the most beautiful places from the point of view of tourism / real estate.

- The most attractive town from the point of view of real estate is Oristano, the provincial capital of the same name, located in the northern part and in the plain of Campidano. This town has ancient origins and had a great importance in the Middle Ages, in fact it was long the capital of the "Giudicato di Arborea" one of the four independent states that were formed in Sardinia after the dissolution of the Byzantine Empire. Its historical importance makes it a city rich in monuments and sites of historical interest, just know that there are thirteen civil architecture and 30 religious structures. In the provincial territory, this town has a strategic position, in fact it is located near the coast and therefore close to most of the sites of tourist interest for seaside tourism. Particular also the presence of the Stragno di Cabràs surrounded on all sides by a series of museums and farms. From the real estate point of view, buying a property in Oristano is possible, thanks to a high number of offers of sale, although some of these do not mainly concern the city center, but some neighboring municipalities. In particular: for a villa of 145 m2 the price is about 330.000€; for a rustic-house the average price is about 22.000€; for a detached house the price varies from 20.000€ to 50.000€.

In this province, the capital contains a large part of the real estate landscape, from the point of view of tourism, however, the sites of interest are different and are almost always located along the coast 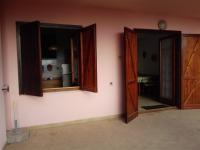 192,944.00USD
For sale
Terraced House
120 m²
house above the beach of Porto Alabe on the edge of the inhabited village and in a prestigious naturalistic context. Composed of living room, adjacent...
Add to favourites Details
REALIGRO FREE ADVERT
Cod. 38889

1,808,850.00USD
For sale
Villa
867 m²
Oristano (Oristano) - immersed in the countryside, a beautiful property consisting of an important villa of about 868 square meters plus a planted par...
Add to favourites Details
REALIGRO FREE ADVERT
Cod. 38429 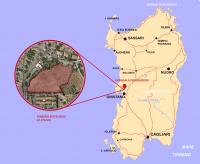 Reserved negotiation
For sale
Development Property
22000 m²
Sardinia: on sale, large BUILDING PLOT of 2.20 ha, located in Donigala Fenugheddu, in the province of Oristano. The village of Donigala, which is fiv...
Add to favourites Details
Cod. 38327

361,770.00USD
For sale
Villa
140 m²
Sale semi-detached house facing the sea In the central west coast of Sardinia, in the marina of Magomadas, near Bosa, I sell a semi-detached villa fur...
Add to favourites Details
Cod. 36471 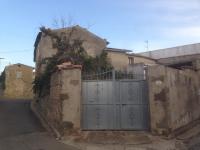 26,529.80USD
For sale
Farmhouse
215 m²
Home in need of renovation for sale located in Sardinia. It is situated in the small village of Gonnostramatza where you will benefit from the peacefu...
Add to favourites Details
REALIGRO FREE ADVERT
Cod. 31505 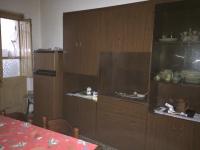 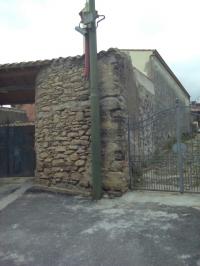 108,531.00USD
For sale
Farmhouse
380 m²
Lot of about 400 square meters of which 200 square meters of courtyard. The building is composed of three separate bodies, one of which restructured. ...
Add to favourites Details
REALIGRO FREE ADVERT
Cod. 30410 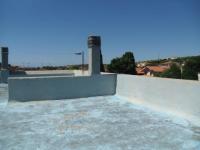 138,678.50USD
For sale
House
270 m²
Scano di Montiferro, small corner of the old town, just 15 minutes from the beach and to Bosa and 5 to the wonderful springs of S. Antioco park; We SE...
Add to favourites Details
REALIGRO FREE ADVERT
1 / 5