The province of Naples is an Italian province of the Campania Region. This wonderful province is internationally known for its sea, its vitality, its landscapes and its festivals. Below is a list of the most beautiful cities from the point of view of tourism and real estate.

- The first city I will talk about is Naples, as well as the capital of the province of the same name. "See Naples and then die", who said for the first time this saying meant that after seeing Naples, you had seen everything there is to see on Earth, and was not wrong. Naples is in fact very famous in many ways. First of all, it is one of the most beautiful cities overlooking the sea, with an incredible view of Vesuvius, an active volcano of a unique spectacularity. Naples is famous for its narrow and characteristic alleys, for the "Spaccanapoli", a long straight road that divides Naples into two areas, for its millenary history, so much so that the BBC has defined it as "the city with too much history to manage". Its origins are in fact very ancient. Archaeological excavations in the area have shown the first traces of this city in the eighth century BC! Of course, this leads to the preservation of an indescribable number of cultural, artistic and monumental resources: The Fountain of the Giant, Royal Palace, The Cathedral of Santa Maria Assunta, the Maschio Angioino or the Galleria di Umberto I are just some of the religious, military and civil beauties that exist in this splendid city.
Of great value is the typical cuisine of this place, which every year attracts millions of tourists from all over the world who leave to taste the real Neapolitan pizza! The Carnival, the street artists, the greats of music like Pino Daniele, the parties, the genuine and warm people, make Naples a unique city in the world. To see at least once in your life! If you plan to move here or open a business, know that Naples offers several alternatives. You can buy a property in Naples. I'll list some of them for you. A prestigious semi-panoramic apartment, large and bright, is located in an old building with concierge and is for sale for 370,000 €. On Viale Gramsci (one of the bourgeois areas of Naples) is for sale an apartment located in a stately building (with elevator) for 675,000 €. If you want to open a business related to tourism, know that a bright b & b with 4 rooms furnished and equipped with TV, minibar and safe is on sale for 1.3000.000 €.

- The second city I want to talk about is Somma Vesuviana, a city of about 34 thousand inhabitants, which is located in the heart of the Vesuvius National Park and is one of the most important sites in the Vesuvian area. Nearby you can see the Naples Underground. It is also a short walk from the archaeological site of Pompeii and the Catacombs of San Gennaro. You will be pleased to know that in this city there are several rental solutions. You can in fact buy a property in Summing up Vesuvius. Let's see someone: an apartment on the first floor with independent entrance of 80 square meters consisting of large entrance hall, kitchen, two bedrooms, bathroom, corridor and balcony, parking space and cellar is for sale at 55.000€. A cosy 70sqm apartment located on two levels in the heart of Somma Vesuviana is for sale at 85.000€. A semi-independent building to renovate on three levels with an outdoor garden of about 100sqm is available for purchase at 48,000 €. 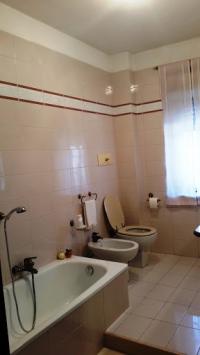 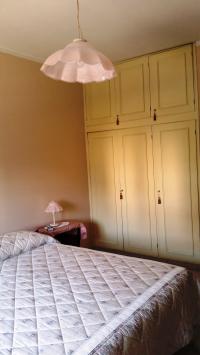 276,115.00USD
For sale
4 Bedrooms
136 m²
5-room apartment in the center of Pomigliano D'Arco, a few minutes from Naples, in a modern and small building of 3 floors of recent construction, com...
Add to favourites Details
REALIGRO FREE ADVERT
Cod. 38810 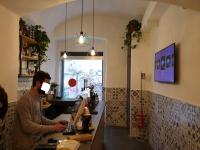 576,240.00USD
For sale
Bar/Restaurant/Nightclub
220 m²
COMMERCIAL LOCAL USED AS A RESTAURANT / BAR 220 square meters up to 6 m high. The asset has been the subject of a major restoration / renovation and...
Add to favourites Details
REALIGRO FREE ADVERT
Cod. 38546 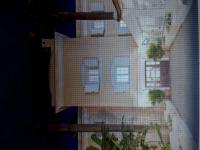 240,100.00USD
For sale
3 Bedrooms
72 m²
House for sale with independent entrance in historic building with sea view and double view in the central area of Cappuccini, a few steps from the se...
Add to favourites Details
REALIGRO FREE ADVERT
Cod. 36633 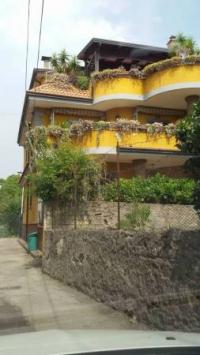 1,020,425.00USD
For sale
Building
700 m²
In one of the most beautiful places in Italy, a luxury building on 4 floors, in excellent condition Garage, garden, attic, elevator, two independen...
Add to favourites Details
REALIGRO FREE ADVERT
Cod. 32786

1,140,475.00USD
For sale
Building
260 m²
I want to sell a whole building located in the historical center of Meta di Sorrento. It consists of two habitable levels and a third level of under ...
Add to favourites Details
REALIGRO FREE ADVERT
Cod. 32386