The province of Monza and Brianza is one of the Italian provinces of very recent origin. Established in 2004, it became operational only a few years later (2009) with the election of the first provincial council. The province of Monza and Brianza is the smallest Italian province after that of Prato, born from the separation of the former province of Milan, now has only 55 municipalities. Compared to all the other provinces of Lombardy, it has the highest urbanized surface area, in particular there are some municipalities, such as that of Lissone, which have a rate of occupancy of public land of even more than 80%. Despite being a small province, I can assure you that there are plenty of beautiful places and that the fact that the territory is mainly flat is an element that has favored this province.

- The first city I want to talk to you about is, in fact, Monza. The first thing you need to know is that the capital of this province has a high number of inhabitants, preceded in Lombardy only by Milan to Brescia and this makes it a highly urbanized city. Monza has a very high number of churches (about 24) and a high number of historical buildings of great cultural value. All this gives the city a special light, the result of the perfect mixture of old and new, between history and modernity. A walk in the city to discover all these beauties is a must. What everyone knows about this city, however, is not so much the history or the churches, but the famous "Autodromo Nazionale di Monza" also called "Monza Eni Circuit", one of the stops in Formula 1. In this circuit you can also live the experience of driving a Ferrari accompanied by an instructor, just like real drivers (there are many different offers and many possibilities). As you may have understood, Monza is a lively city full of opportunities and it is also so from the real estate point of view. What you are looking for is a small studio or two-room apartment? Know that here the offers are many and that finding a property in Monza is really easy! The price varies according to the size and location of the house, but on average the cost is about 150,000 €.

- Another place I recommend is Cesano Maderno, a small town of about 38,000 inhabitants located just west of Monza. This town, like many municipalities in Italy, is rich in history and a curiosity is the strong demographic increase that occurred in the fifties and sixties, due to immigration from the North East and South of Italy. Today, Cesano Maderno is a town not only rich in interesting historical structures and tourist attractions, but is also surrounded by nature. Most of the experiences that you can live here are all focused on green: parks, oases, ditches and historic villas with large gardens. From the real estate point of view, finding a property in Cesano Maderno is difficult, but not impossible. Our offers concern both residential (135.000€) and commercial (500.000€) properties both located in the city.

As you may have understood, the province of Monza and Brianza, although small, is full of experiences to live, many more than those I told you about in this short text. What I tried to do was to talk to you about the real estate offers that I found most interesting.

For sale 4 Bedrooms, Italy, Monza and Brianza, Triuggio, Via Biffi 1

301,475.00USD
For sale
4 Bedrooms
130 m²
Triuggio, in a splendid stately villa of the '700 we sell a four-room apartment of about 130 sqm with a semi-independent entrance, completely renovate...
Add to favourites Details
REALIGRO FREE ADVERT
Cod. 37160

For sale Villa, Italy, Monza and Brianza, Lesmo, Via Macchiavelli 11

1,081,692.30USD
For sale
Villa
500 m²
Ideal both as a UNIFAMILIAR and PLURIFAMILIAR VILLA, also for two or 3 families (already set up inside with 2 separate apartments and in third already...
Add to favourites Details
REALIGRO FREE ADVERT
Cod. 35671 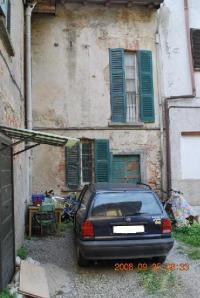 For sale Villa, Italy, Monza and Brianza, Correzzana, Via Principale, 11 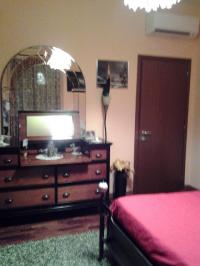 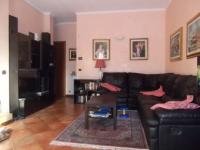 For sale Warehouse/Barn, Italy, Monza and Brianza, Monza, via lecco 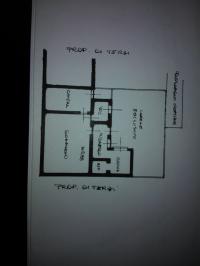 156,767.00USD
For sale
Warehouse/Barn
100 m²
monza via lick sell apartment of approximately 100sqm basement to use as a laboratory / office magazin plus bathroom with separate entrance and courty...
Add to favourites Details