The province of Milan officially existed until 2015, when it was replaced by the metropolitan city of Milan, which includes 134 municipalities and a population of three million inhabitants. It is a very large province and is located in central-western Lombardy. Below I will try to tell you about the most interesting places from the point of view of tourism and real estate in this metropolitan city (all easily accessible from the capital):

- The first one I want to talk about is, of course, the city of Milan. Currently it is the capital of fashion and design, in fact most of the events of this kind, of national and international importance, are organized right here. There are so many attractive elements in this city, but here I will try to tell you about those that are relevant from the point of view of tourism and culture. First of all, I will tell you about the Duomo of Milan: its real name is "Basilica Metropolitan Cathedral of the Nativity of the Blessed Virgin Mary" and is dedicated to Santa Maria Nascente; it is the largest church in Italy and the fourth in the world for surface. It is now considered as the symbol not only of the city of Milan, but of the whole of Lombardy.  The Duomo overlooks one of the most beautiful squares in the city of Milan; on one side of the square there is also the famous Galleria Vittorio Emanuele II, which has a style and architecture that leave you speechless; today the gallery houses dozens of shops of big names in fashion and entertainment. In addition to the cathedral, the most important is the convent of Santa Maria delle Grazie where the painting "The Last Supper" painted by Leonardo Da Vinci is exhibited. How can we not talk about the "Teatro alla Scala"? The 18th century theatre is very famous in the regional, national and international artistic and musical panorama. Milan is a city where you need to spend at least a week to admire the beauty and sites of historical and cultural interest. If, however, your intention is to buy a property in Milan, know that the offers are numerous and very different from each other (two-roomed, multi-roomed, businesses, hotels). Depending on the location of the property prices vary greatly, provide you with a general would be really impossible, but know that prices start from 200,000 to reach even 800,000 € (for simple properties), for hotels instead the price is more than two million euros.

- Another place I want to talk to you about is Cinisello Balsamo. This town located in the north of Milan was born in 1928 from the unification of two different municipalities Cinisello and Balsamo that still identify the main districts. There are many historical villas in the town, most dating back to 1800, which create a very special atmosphere. In addition to the historic buildings, the city also houses the Museum of Contemporary Photography, really recommended for all lovers of the genre! You should know that, buying a property in Cinisello Balsamo is really simple thanks to a wide range of possibilities: for one bedroom and two bedroom apartments the average price is about 200,000 €; for villas (about 400m ^2) the price is more than a million euros; for a four bedroom apartment the price is about 250,000 €.

- How can we not tell you, at this point, one of the largest industrial extensions of the twentieth century: Sesto San Giovanni. This city is the most populous after Milan and is the seventh in the Lombardy region. The city is located just south of the "Parco Nord Milano" where you can take long walks in nature and where you can visit an important museum dedicated to the war. One of the places I highly recommend you to see is the "Pirelli Hangar" a contemporary art exhibition with about 1500 square meters of exhibition galleries (in the past the same structure was a large industrial plant). Since its inception, the structure has hosted exhibitions by internationally renowned artists. The city of Sesto San Giovanni is definitely full of art and this peculiarity can be perceived through a simple walk through its streets, also another peculiarity is the numerous presence of public and private gardens open to the public (although the city is heavily urbanized).

The metropolitan city of Milan is rich in history, culture and art. There are so many beautiful places, but it would be impossible to talk about it in a short article like this. Here I told you about the touristic/real estate panorama that I thought interesting (especially in the city of Milan). 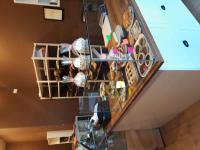 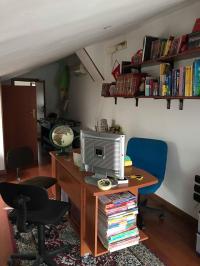 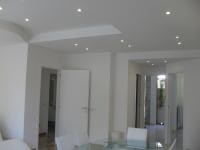 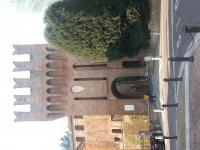 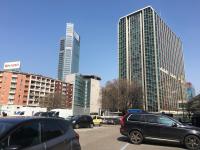 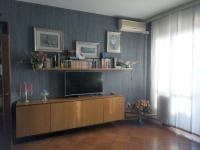