The province of Messina is an Italian province in the region of Sicily. It overlooks the north-east of the island and borders to the north on the Tyrrhenian Sea, to the east on the Strait of Messina and the Ionian Sea and to the south with the former province of Enna and the province of Catania. The beauty of its landscapes, the warmth of its land and the ancient traditions that this province preserves, make it today a fertile territory for tourism and culture. Below is a brief list of some of the most beautiful cities in this province.

- The first city of which I will speak is Messina, as well as the capital of the province of the same name. Messina is a city of about 231 thousand inhabitants and is located near the extreme north-eastern tip of Sicily, on the Strait that bears its name. Its port is first in Italy for number of passengers in transit and tenth for cruise traffic. Its majestic landscape and architecture make it a very active tourist destination. The Cathedral overlooking the sea, the fountain of Orione, Palazzo Zanca and the Sanctuary of Montalto are just a few examples of Sicilian art that have been alive for centuries. This city offers art, fun, breathtaking views and many culinary and folk traditions to involve adults and children. If you are therefore planning to move to this city or to change apartment, know that you can buy a property in Messina. Let's see some together. In Viale Regina Elena is for sale a 75 sqm panoramic apartment on the third floor of a building with elevator. The apartment consists of a living room, kitchen, two bedrooms, bathroom, utility room and two balconies. It is equipped with aluminum windows, central heating, air conditioners. Its price is 84.000€. In the hilly area is also for sale a semi-flat land of 3710 square meters. The land is located 20 minutes from the sea and is great for lovers of tranquility. Its price is 48.230€. If you are looking for a family apartment, know that it is for sale a prestigious farmhouse on the first floor consists of 6 bedrooms, double entrance, 3 bathrooms and a garage. Its price is 300.000€.

- The second city I will talk about is Taormina, a beautiful hill town in the heart of the province. Taormina is a famous tourist destination now established, thanks to the incredible wonders that reserves. Also called "the pearl of the Mediterranean", the characteristic Isola Bella is an island formation connected to the mainland by a narrow path of sand and stones. A true spectacle of nature! Taormina is a real pearl that preserves its original beauty intact, even from the point of view of real estate. If you plan to move to this paradise then know that you can buy a property in Taormina. In Gaggi (Messina), just 15 km from the center of Taormina, 5 km from the famous "Alcantara Gorges", in one of the most beautiful places in Sicily, is for sale a beautiful baronial villa of the fifteenth century. The villa is 700sqm, registered at the "Accademia di Belle Arti" of Messina. It was built on a plot of land of 5,000 square meters. Its price is 1.600.000€. In the center of Taormina independent solution on 3 levels consisting of a large entrance hall with bathroom, 1st floor bedroom, 2nd floor kitchen with mezzanine and balcony level. Its price is 2.500.000€. 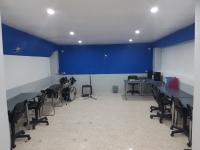 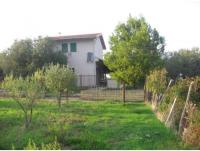 50,139.60USD
For sale
Farmhouse
5000 m²
I sell a single house, with a fireplace on two floors above ground, in excellent condition with 5000 square meters of land with fruit and olive trees,...
Add to favourites Details
REALIGRO FREE ADVERT
Cod. 39747 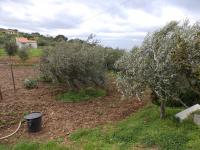 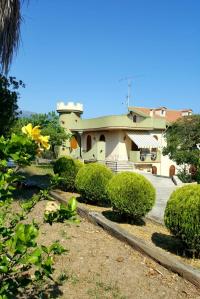 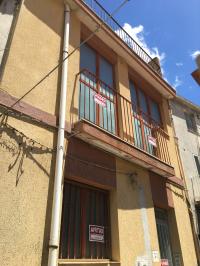 57,576.97USD
For sale
Development Property
3710 m²
Land for sale (there are mediators, the owner proposes and sells). Semi-flat, in the hills, sunny, panoramic and quiet, overlooking Cape Milazzo and ...
Add to favourites Details
REALIGRO FREE ADVERT
1 / 6