The province of Matera embraces 31 small and medium-sized towns, charming and unusual, surrounded by nature where you can go for long walks. This province is geographically divided into two types: a flat one (Metapontino) overlooking the Ionian coast and a hilly one (Collina materana). Many are the architectural structures and secular works still intact that you can visit and admire, which take on an even more beautiful light as they are in contrast with the modernity that, more and more, is advancing in the area. Below I will tell you about the most beautiful places from the point of view of tourism and real estate:

- The first city I want to talk about is Matera, known as "City of the Stones" or "Underground City" and is internationally known for its historic districts Sassi, which make it one of the oldest inhabited cities in the world. This particular and fascinating characteristic and its millenary history has led it to be recognized this year as European Capital of Culture 2019. If you love architecture and breathtaking views, Matera is what you are looking for. The Cathedral, situated on the highest spur that divides the two Sassi; the Church of Santa Maria di Idris, entirely dug into the rock; Palazzo Lanfranchi, where the National Museum of Medieval and Modern Art of Basilicata is located and the Castle Tramontano are just some of the places where you can find the history of Matera. This year there are also a series of cultural and folkloristic events that will allow you to get in touch with national and international artists, in a combination of tradition and avant-garde. From the real estate point of view, the purchase of a property in Matera is possible, thanks to the high number of offers. For a multi venue the average price is about 160,000€, while if what you are looking for is a villa know that prices range from 90,000€ to 260,000€.

- The second city I want to talk about is Pisticci, the second most populous town in the province of Matera, located on a hill at 389 m above sea level. The land of the three hills on which stands the old town, is characterized by a predominantly clay soil and deep grooves: the "Calanchi". These grooves that extend to entire slopes have characteristics very similar to the Calanques located in South Dakota, allowing the visitor to be amazed, thanks to the theatrical and musical performances that are made during the summer season in that land, between plays of light and sound under a sky quilted with breathtaking stars. If you are looking for an independent house in the small town, know that finding a property in Pisticci is possible and that the average price is € 45,000. In the picturesque village of Pisticci you can find nice detached houses and the average price is about 80.000€.

- The third and last town I will tell you about is Policoro, third town in Matera for size and population, is located on the fertile plain Metapontina, 3 km from the Ionian coast. Policoro has experienced a strong development since the '60s, which has made the town one of the most important economic centers. The ancient city that bore the name of "Heraclea" was a center of Magna Graecia, as evidenced by the historical findings that you can admire in the Archaeological Museum of Siritide. Policoro is also home to one of the most important castles in Basilicata, built by the Basilian monks and later passed to the Barons Berlingieri. Today the castle is used for the realization of receptions of all kinds. In addition to its past rich in history, Policoro is now an important meeting place for seaside tourism and sports. In 2018 it was awarded the Blue Flag thanks to the efficiency of its bathing services and the beauty of its beaches. For lovers of nature and sport, you can visit the WWF Policoro Herakleia Oasis in the Pantano Woods Regional Reserve, where you can enjoy a wide range of activities such as bird watching, horseback riding on the beach, walks in the woods and sea activities such as canoeing and sailing thanks to the collaboration with the Circolo Velico Lucano. From the real estate point of view, buying a property in Policoro is possible even though there is not a large number of offers. For a two-roomed apartment, the price is about 80.000€. 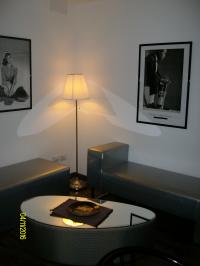 199,996.50USD
For sale
5+ Bedrooms
100 m²
We sell in via Passarelli next to the central post office ground floor of about 100 square meters. With three entrances the first on the road and the ...
Add to favourites Details
REALIGRO FREE ADVERT
Cod. 34987 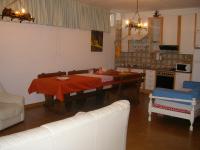 193,936.00USD
For sale
5+ Bedrooms
163 m²
Apartment completely renovated and ready to move in. Painting work should be done as desired. Apartment is located in a house on the 1st floor. Garag...
Add to favourites Details
REALIGRO FREE ADVERT
Cod. 28920 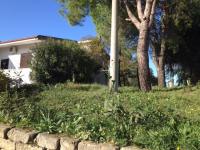 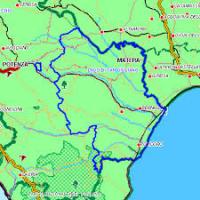 103,028.50USD
For sale
Villa
85 m²
The delightful Villa Antonia is surrounded by a wonderful Hill, surrounded by the scents of the olive trees and ancient trees ... Has a private entran...
Add to favourites Details
REALIGRO FREE ADVERT
Cod. 28690 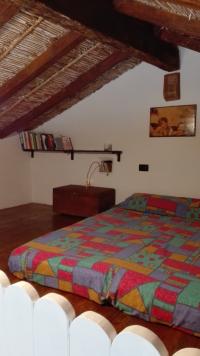 54,544.50USD
For sale
House
35 m²
A characteristic and traditional house dating back to the 1700’s. in the heart of the picturesque town of Pisticci (Mt) in the remote southern region ...
Add to favourites Details
Cod. 28101

Reserved negotiation
For sale
House
130 m²
For sale in the raw state, developed on a single level, ground floor, located in Matera at the Aia del Cavallo (near the Fire Department) along the pr...
Add to favourites Details
REALIGRO FREE ADVERT
Cod. 24702 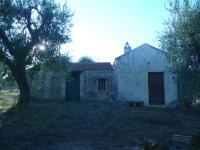 95,755.90USD
For sale
Villa
90 m²
Location Pisticci is a picturesque coastal village beloning to the province of Matera. It has 17.828 inhabitants and is situated 364 metres over the ...
Add to favourites Details