- The first city I will talk about will be Massa, the capital of the province of the same name. The city of Massa has a history that is lost over the centuries, although probably knows the period of greatest splendor in the Middle Ages. The history of Massa, in the recent past, has been indissolubly intertwined with the adjacent Carrara, a Tuscan town with which it has, for decades, strong ties. This city reserves a priceless heritage of architectural beauty, such as the Piazza degli Aranci, a unique wonder surrounded by three rows of oranges, with a central obelisk. In the past, this square was also intrigued by great literary figures such as Giosuè Carducci and Giacomo Leopardi! The Malaspina Castle is an imposing stone fortress that dominates the entire city, from which you can have a view over the whole of Massa. It is possible to visit the Castle, which was recently opened to the public. If you plan to settle here, to expand or change your property, know that you can buy a property in Massa. But don't miss the opportunity! The possibility, until now, is only one. In fact a large apartment of 160sqm with terrace and cellar is for sale for 750.000€.

- The second city I'm going to talk about is Carrara, the most important centre in the world for the extraction and processing of the famous Carrara marble, a very precious white marble that is extracted from the nearby Apuan Alps. A city that preserves its traditions and shows them with pride, proud of its origins and history that has linked Carrara to some of the most famous artists in the world. Surely the destination of many tourists are the marble quarries of Carrara, dug from narrow galleries that over time have expanded to become real marble cathedrals. There are many historical and cultural attractions in the city, such as the walls that surround it, the Civic Museum which tells the story that links Carrara to the marble, the Cathedral of St. Andrew or its Ducal Castle. This charming city also offers different solutions for renting. It is possible to buy a property in Carrara. In a beautiful location, 300 meters from the sea, villa partially to be restored, on two floors with a total area of 200 square meters is for sale for 800,000 €. A three-roomed apartment with garden and outdoor courtyard a stone's throw from the sea can be purchased at 100,000 €. A large apartment of 100sqm consisting of 5 rooms with two main entrances is for sale at 140,000 €.

119,384.10USD
For sale
Farmhouse
60 m²
Rustic "countryside" even if a few minutes from the center of Carrara (via montia) reachable by a short stretch of private road. Immersed in the green...
Add to favourites Details
REALIGRO FREE ADVERT
Cod. 38723

916,484.00USD
For sale
Farmhouse
535 m²
In the green hills of Lunigiana, in an isolated position but only a few minutes drive from all the main services, this historic property, expertly res...
Add to favourites Details
REALIGRO FREE ADVERT
Cod. 32928

30,147.50USD
For sale
Farmhouse
50 m²
In the village of Villafranca in Lunigiana, in a rural hamlet, with excellent sunshine, in a quiet area but very close to provincial roads connecting ...
Add to favourites Details
REALIGRO FREE ADVERT
Cod. 32927

337,652.00USD
For sale
Villa
200 m²
in a quiet area, with sunshine optimum, surrounded by a large plot of 38,000 sqm, is sold independent villa. The villa consists of a large kitchen wit...
Add to favourites Details
REALIGRO FREE ADVERT
Cod. 30898

289,416.00USD
For sale
House
175 m²
Our house was bought in 2010 renovated entirely in 2011, it was equipped with a heating system (radiators new) including remote operation by SMS, floo...
Add to favourites Details
REALIGRO FREE ADVERT
Cod. 29194 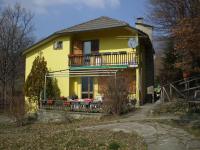 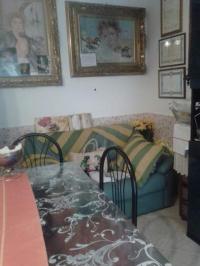 205,003.00USD
For sale
Other (Residential)
50 m²
NEAR THE SEA . THE HOUSE AND SO MADE IN ELEGANT CONDOMINIUM A SEMI INDIPANDENTE GROUND FLOOR , WITH covered veranda 20sqm OF TURNING THE HOUSE SPAC...
Add to favourites Details
REALIGRO FREE ADVERT
Cod. 27570