The province of Lodi was established only in 1992 with the separation of 61 municipalities in the province of Milan. In this province there are only five municipalities that have been awarded the title of city, including the same capital: Lodi. The territory is mainly flat and is entirely included in the basin of the river Po. Important, at a naturalistic level, the Regional Park Adda South located west of the territorial boundaries. In this province there are several places of interest from the point of view of tourism and real estate that I want to tell you about:

- The first one I want to talk to you about is the provincial capital, precisely: Lodi. You should know that this city has ancient origins, in fact it was founded in 1158 by Frederick Barbarossa (Emperor of the Holy Roman Empire). However, it is only during the Renaissance that the city experienced a period of great artistic and cultural splendor, in 1454 right here there was the signing of the historic treaty between the Italian Pre-unification States, known as the Peace of Lodi. In the following years and especially in the 21st century the city was an important industrial pole, but even more so a city dedicated to agriculture and livestock, so much so that it was chosen as the seat of the "Parco Tecnologico Padano" the most important research center in Europe in the field of agribusiness. As you will have understood, Lodi has a very important historical and cultural heritage, which deserves to be discovered. Moreover, most of the experiences that you can carry out in this province are located right in this city (or in the close vicinity). Buying a property in Lodi is easy, thanks to the many offers, mainly focused on apartments. Prices are very different from property to property, but the average price is about 150.000€.

- The second city I want to talk to you about because it is interesting from a tourist point of view (and not too far from Lodi) is Codogno. This city is the second in number of inhabitants after the capital. Also this city introduces of the buildings of remarkable interest that have risen parallel to the development that the city has had in the agriculture and the breeding. Besides this, you should know that Codogno is a city full of art exhibitions and museums, in short, if what you are looking for is a quiet city, but rich in history, Codogno is for you. This city is located next to the "Parco Regionale Adda Sud" where you can visit two castles: Trecchi and Maccastorna. Despite the cultural interest of the city, there are not many offers from the real estate point of view, which as mentioned before, focus more on the capital.

The province of Lodi is not very large, but it has a significant historical importance, linked mainly to the Italian Renaissance period. In this article I wanted to talk about the main cities and offers from the point of view of real estate. 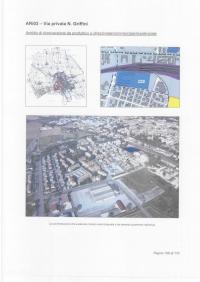 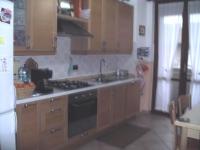 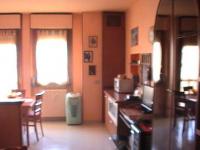 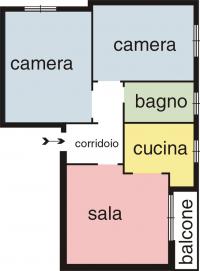 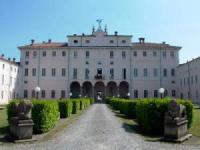 194,589.40USD
For sale
3 Bedrooms
80 m²
Beautiful apartment of 80 sqm, 12 sqm and a balcony that runs around the entire HOUSE COMPRISED OF THREE LOCAL CUISINE WITH A VIEW, BATHROOM, ROOM AND...
Ask info about similar real estates
REALIGRO FREE ADVERT
UNAVAILABLE