The province of La Spezia is the easternmost province of Liguria and has about 200 thousand inhabitants. The territory, morphologically, is very heterogeneous in fact it passes from the coast (characterized by cliffs overlooking the sea) to the hills and mountains. This composition of the territory means that its "backbone" is crossed by valleys and large green areas. In the province, the Cinque Terre National Park, which covers a large part of the territory, is fundamental.
All this allows this province to be very attractive from the point of view of tourism throughout the year, in fact, especially environmental tourism is a reference point in the economy of the province and the region. You should know that the province of La Spezia in addition to having a territory suitable for outdoor activities, also has a high number of sites of cultural interest, some of which are recognized by UNESCO as a World Heritage Site. This is why environmental tourism is flanked by cultural and experiential tourism. The last element that attracts tourists, but not for importance, is the sea. Below I will tell you about some of the most interesting places from the point of view of tourism / real estate:

- The first place I want to talk about is La Spezia, the provincial capital of the same name. This city is the second in number of inhabitants of the entire region (after Genoa) and has about 100 thousand inhabitants. La Spezia overlooks a large Gulf (to which it gives its name) also known as the Gulf of Poets. The real peculiarity of this gulf is the fact of being enclosed within a mountainous complex whose highest peaks reach 700 meters above sea level. The city of La Spezia has a very irregular physical shape and this is due to the fact that, as I told you earlier, the territory is very irregular because sometimes hilly, sometimes mountainous and sometimes flat. Over the years, several interventions have been necessary to allow the expansion of the city, especially in the hilly area. This city has so much to tell, its ancient traditions are found in the kitchen, in the ancient structures, in museums and cathedrals, the main element of attraction for tourists. La Spezia is also a real "nautical center", you should know that there are many institutes of its university that deal with boating. You should also know that the city and especially the area of the Gulf has been the scene of military events since ancient times, just think that in the thirteenth century the Genoese built in La Spezia Castle San Giorgio and other fortifications to defend themselves from the invasion of Muslims. The city has always had, therefore, a military breath. Since the nineteenth century, in La Spezia is present the maritime military arsenal one of the most important military bases of the Navy. From the real estate point of view, buying a property in La Spezia (or in its urban area) is possible thanks to a large number of offers. The opportunities are the most varied: from an independent house for an average price of about 150,000€ to a multi-local house for an average price of 190,000€; it is also possible to buy a villa, in this case the prices can vary from 200,000€ up to more than 600,000€.

- The second place I want to talk about is Riomaggiore a small village of about 1500 souls, located on a cliff in the Cinque Terre National Park. The structure of this village is very special, in fact, especially the historical part of the city consists of "tower houses" Genoese following the steep course of the stream that runs through this small town. The new part of the city, however, born only with the arrival of the railway line Genoa-Pisa was built in the valley immediately adjacent to the city. You should know that this village extends over two different valleys, which are divided by the coast of Campione on the bottom of which stands the ancient castle of the village. Riomaggiore has an ancient history and its shape makes it one of the most fascinating cities in the province. You will be pleased to know that buying a property in Riomaggiore is possible, although there is not a great choice. The only property in purchase is a four-roomed apartment of about 80 square meters for a price of 700,000 €. 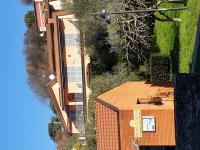 836,570.00USD
For sale
Villa
270 m²
The villa is located on 2 floors and has a private garden. It offers a swimming pool and 7 parking spaces. The location is excellent, 10 minutes from ...
Add to favourites Details
REALIGRO FREE ADVERT
Cod. 38623 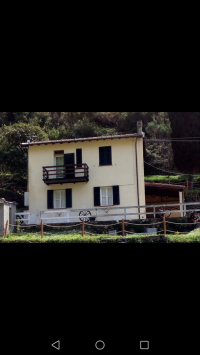 717,060.00USD
For sale
Villa
200 m²
Historic Villa: former ballroom of the early 900 after a German outpost where happened the Italian Resistance, later it was called the Nevea because t...
Add to favourites Details
REALIGRO FREE ADVERT
Cod. 31320 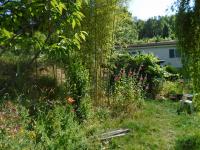 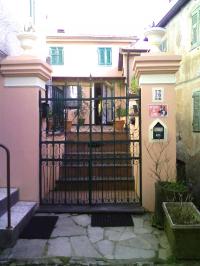 448,162.50USD
For sale
Villa
162 m²
The house is located about 4km from the village Castelnuovo Magra which is insigned by the Bandiera Arancione, as reward by the Italian Touring Club, ...
Add to favourites Details
REALIGRO FREE ADVERT
Cod. 29291 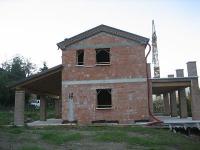