The Molise province of Isernia, think, is the least populated in Italy. A quiet place, with just 52 municipalities and 84,000 inhabitants. Despite this, this land is very varied morphologically, in fact the presence of mountains, valleys, hills, lakes and rivers make it a tourist destination attractive, tourism is in fact the main factor of economic income. The small villages that make up this small province have the air of having stopped back in time and thanks to this they are able to give feelings of calm and tranquility unparalleled. The characteristic places of this Province are many, below I will tell you about the main ones:

- The first city I will tell you about is Isernia, and the capital of the province of the same name. Isernia is a town that rises on a hill of the southern Apennines and separates two rivers, the Carpino and the Sordo, and is surrounded by mountains of the Dolomites. Isernia is the typical Italian village that respects the popular traditions, a village with an ancient heart, but alive. Also known as the "City of Lace", Isernia organizes every year the day of the working of Tombolo, a special lace that is worked by women. The folklore is very felt in the area, in fact there are many Patronal Feasts in honor of the Saints, the traditional Fair of the Onion, a product isernino known nationally, or the Fair of the White Truffle, which is combined with various cultural events. Legambiente has also stated that Isernia is the Italian town with the cleanest air. A place with very deep historical and cultural roots, which wants to maintain its identity and welcomes the new inhabitants always with an air of celebration. Buying a property in Isernia today is not yet possible, but a stone's throw from the town, precisely in the small village of Pettoranello del Molise, is for sale an old farmhouse renovated internally, but still retains its original characteristics. Its price is 130.000€. In Castel San Vincenzo, a magnificent village at the foot of Isernia, a villa for 110.000€ is for sale.

- Another town worth mentioning is Venafro, a municipality of about 11,000 inhabitants, located in a valley bordered by two rivers. Venafro is an architecturally rich city, different are in fact the ancient cathedrals, but even more numerous are the noble palaces: there are in fact 20. Venafro has a very special museum, unique in its kind: the Winterline, where you can admire findings belonging to the Second World War and feel back in time, thanks to the alleys and narrow streets of Venafro typical of the '50s. Venafro is rich in history and resources, in fact it houses an ancient Roman amphitheater, also known as "the Verlasce".  From the real estate point of view, buying a property in Venafro is possible despite the low number of offers. It is for sale in fact a large and bright three-roomed apartment with every comfort for 150,000 € 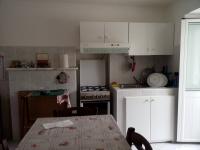 For sale Other (Residential), Italy, Isernia, Colli a Volturno, Via Isernia, 106 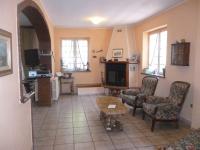 478,040.00USD
For sale
Other (Residential)
446 m²
The sale is aimed at investors who would like to open a business (restaurant/pizzeria/b&b...). The Property is located in the outskirts of the resi...
Add to favourites Details

For sale Other (Residential), Italy, Isernia, Rocchetta a Volturno, via annunziata

1,792.65USD
For sale
Other (Residential)
40 m²
The Vallefiorita residence is located a Rocchetta a Volturno, in the Abruzzo National Park, in a beautiful setting surrounded by nature. Perfectly int...
Add to favourites Details 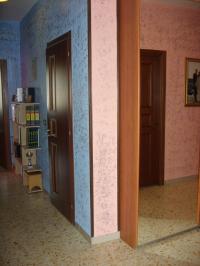 131,461.00USD
For sale
Villa
45 m²
It vendonoi villas and apartments in SABRINA PARK, in Castel San Vincenzo (IS) with a private beach to the park service. Units and ready to build. Op...
Ask info about similar real estates