The province of Frosinone has about 350 thousand inhabitants and borders with Abruzzo, Molise, Campania and the metropolitan city of Rome Capital. Its boundaries are delimited for the most part by the mountain ranges that surround it and the territory is mostly mountainous / hilly, is crossed by two systems of mountain ranges: the central Apennines and the Pre-Apennines.
This province is rich in evocative places of important historical importance that was born first in the Roman Empire, then grew in the Middle Ages and reached its peak in the modern age, a period in which the industrialization of the territory was begun. Below, I will try to talk about some of the places that I think most attractive and interesting from the point of view of tourism / real estate:

- The first I want to tell you about is the city of Anagni, famous in Italy for being the "birthplace" of four popes and for this reason is also called the "City of the Popes" (for a long time was the residence and papal seat). This city is also famous for the so-called "Slap of Anagni" an episode that happened between Pope Boniface XVIII and the King of France Philip IV (also called "the Beautiful"): the King of France managed to give order and to make that some of his subjects entered the city of Anagni without the knowledge of the Pope himself thanks to the support of some anagnini. After a few days, however, the pope was freed (from the same anagnins) and immediately after this event the pope returned to Rome. From then on in a month the pope died; from that moment on the papal seat was transferred to Avignon. After this little curiosity, let me tell you about the city and its places of interest, most of which are of historical importance, for example the "Palazzo Papa Bonifacio VIII" now become a museum that manages to enhance the architectural and religious structure that the palace has protected over the years. Other buildings of historical and cultural importance are: the Cathedral of Santa Maria, the main place of worship in the province and bishop's seat; the Museum of the Cathedral of Anagni; the War Memorial in the Park of Remembrance. From the real estate point of view, however, buying a property in Anagni is not impossible, but meets only some needs. The offers are focused on villas of about 570m2 for a price of 750,000 euros and hotels for a price of 6 million euros.

- Another place I want to talk about is the city of Fiuggi that I'm sure you've already heard, especially for its famous spa. La Vecchia Fiuggi is very attractive, especially for its location: it stands on a hill on the slopes of the Ernici Mountains and below (the city) there is an enormous expanse of chestnut forests. The places to visit in the city (and its surroundings) are several: the Villa di Traiano, summer residence of the Roman emperor, which stands near the river Aniene and whose waters were considered to be the healthiest, the Arch of Trevi, a symbol of antiquity surrounded by greenery and accessible on foot through a bumpy path, the Convent of San Lorenzo and Lake Canterno, a lake of karst origin that became a protected area in 1992. Unfortunately, the real estate landscape is not currently as rich as tourism / culture, but who knows that in the future there will be interesting offers for the purchase of a property. 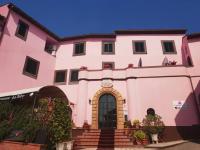 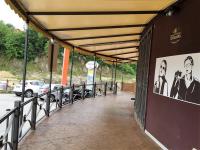 199,996.50USD
For sale
Bar/Restaurant/Nightclub
130 m²
Cafeteria bar near vetus mall, it's like you see it in the picture, right now it's closed. it is sold with scutching, you can also rent for euro 1200 ...
Add to favourites Details
REALIGRO FREE ADVERT
Cod. 36002 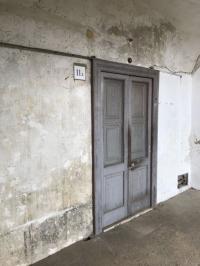 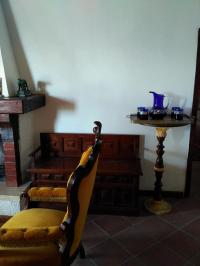 218,178.00USD
For sale
3 Bedrooms
120 m²
The apartment I would like to offer is located in the town of Acuto only five kilometers from the thermal baths of Fiuggi and a few steps from the tow...
Add to favourites Details
REALIGRO FREE ADVERT
Cod. 31709 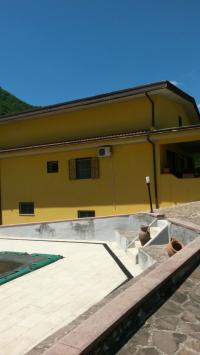 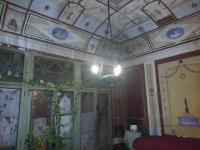