The province of Fermo is an Italian province in the Marche region. Its territory overlooks the Adriatic coast and borders to the north-west with Macerata and to the south with Ascoli Piceno and is a predominantly hilly territory with only 9% of mountains. The province of Fermo has remote origins: established as a Roman colony, had its peak in the Middle Ages and then again during the Renaissance with the Restoration. Below is a list of those that today are the most visited and most valuable destinations:

- The first city I will talk about is Fermo, the capital in the province of the same name. Fermo rises on Monte Sabulo, and is divided into two parts: the old town, on the top of the mountain, mainly medieval in appearance and a new part.  If you happen to go to Fermo, you will certainly find yourself walking in the beautiful Piazza del Popolo, the medieval-style square 135 m long that closes at the sides in majestic arcades that protect the most significant palaces such as the Palazzo dei Priori. According to Fermo, you could take a walk in nature and find yourself in the so-called Cave of lovers, where it is said that during the First World War two young lovers took refuge to escape their fate ... a story that has nothing to envy to Romeo and Juliet! Fermo is a city where legend and reality meet, leaving a veil of mystery and nostalgia for an Italy that no longer exists. Also from the point of view of real estate Fermo is a city full of possibilities. It is in fact possible to buy a property in Fermo, since it is for sale a farmhouse excellent as a residential or tourist residence. Its price is 400.000€. A nice apartment in a rustic two-family house built of brick with sea view is available for 130,000 €. A period house located on four levels in the heart of Sant'Elpidio Morico, a stone's throw from Fermo, is for sale at 120,000 €.

- The second city I will talk about is Montegiorgio, a small town of 6,721 inhabitants that stands on a hill in the middle of the valley of the river Tenna. Even the history of Montegiorgio is very old and sees its first development in the Middle Ages, a period in which many works are built that are now of interest to national and international tourists. Among the most evocative are certainly the medieval arch that serves as an entrance to the Church of San Salvatore or the Teatro Alaleona, a small jewel in the heart of Montegiorgio. From the real estate point of view it is possible to buy a property in Montegiorgio. A recently built farmhouse in the countryside of the small medieval village is for sale for 550.000€. Another very attractive location is given by the possibility of buying a portion of a Norman castle at a price of 180,000 €. If you are looking for a modern villa with garden and artificial lake, there is one for sale at 1.300.000€.

Reserved negotiation
For sale
House
200 m²
- HOUSE BY THE SEA FOR SALE - The company EDILSCOROLLI SRL, is an artisan company, founded in 2006. It operates mainly in the province of Fermo ...
Add to favourites Details
Cod. 39434 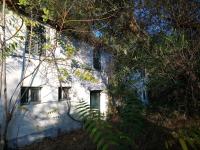 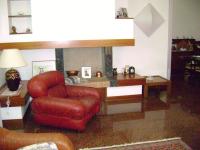 95,608.00USD
For sale
Farmhouse
270 m²
We are pleased to offer a gorgeous brick country house with 2.3 hectares of land. The property has a southern exposure with a truly stupendous panora...
Add to favourites Details
REALIGRO FREE ADVERT
Cod. 28459 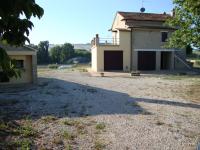 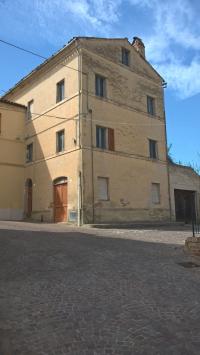 143,412.00USD
For sale
Farmhouse
230 m²
Privacy sells House of epoch in the hinterland of the Brands to 30 km from the Sea, to Sant'Elpidio Morico exceptional panoramic position in center co...
Add to favourites Details
REALIGRO FREE ADVERT
Cod. 24479 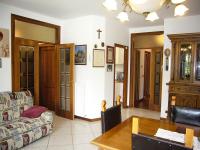