- The city of which I will speak is Enna, as well as the capital of the province of the same name. Enna is a city of about 26 thousand inhabitants, which makes it the ideal place for lovers of tranquility. It is known for being the highest provincial capital in Europe, due to the altitude of the town which is at 931 m at the Town Hall. Those who pass through Enna, can not help but be struck by the Castle of Lombardy, a huge fortress built on the highest point of the city, a true medieval masterpiece that attracts thousands of visitors every year. But Enna is not just history. In fact, in this city is the Musical Art Museum 3M, a multimedia museum that experiments with a new way of seeing art, history and traditions, associating evocative soundtracks to the images of the masters of Sicilian painting. Emma is a city well anchored to its roots, but lends itself to the encounter with modernity, becoming an ideal place for all ages. If you are planning to buy a house in this city, you should know that it is possible to buy a property in Enna. In Piazza Amerina is for sale a prestigious rustic farmhouse used as a farm. This is equipped with 22 rooms, equipped with TV and refrigerator. The farm is surrounded by greenery and its price is € 3,200,000. In Assoro, a stone's throw from Enna is for sale a newly built apartment of 90 square meters, consisting of entrance hall, living room with views and kitchen, two bathrooms with shower and bath, a double bedroom and two bedrooms, balcony, plus utility room and parking space. Are required 160,000€ negotiable. In Barrafranca, in Via delle Rose is for sale a villa on a plot of 2400 square meters. The villa is on three levels and also has a cellar, a large terrace and 4 balconies. The prestigious design, services and amenities of this villa make it particularly suitable for lovers of beauty. Its price is 650.000€. If you plan to open a business, here you can buy a hotel / nightclub / restaurant. The structure of the hotel with its attractive architectural design is located on a plot of about 10000 square meters. The hotel consists of a basement with a large reception room of about 200 seats already furnished and working plus storage, kitchen, bar corner, closets, bathrooms, multi-service elevator and panoramic lift that leads to the various floors. Its price is 1.800.000€.

45,961.30USD
For sale
Farmland
10 m²
Hi I sell land of about 1 hectare allocated a few kilometers from the towns of: 1 piazza armerina e 2 aidone (EN) perfertte for those who wan...
Add to favourites Details
REALIGRO FREE ADVERT
Cod. 34821 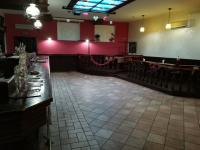 238,760.00USD
For sale
Bar/Restaurant/Nightclub
400 m²
Commercial premises of about 400 square meters in the historic center of Nicosia a few steps from Piazza Garibaldi, equipped as a restaurant, but lend...
Add to favourites Details
REALIGRO FREE ADVERT
Cod. 27294

Reserved negotiation
For sale
Building
700 m²
Located in the center of Piazza Armerina, a town of great charm world famous for the mosaics of the Villa Romana del Casale. The B & B Palace is set ...
Add to favourites Details
REALIGRO FREE ADVERT
Cod. 24370 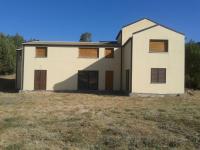 Reserved negotiation
For sale
Villa
400 m²
For sale in a residential area, about 800 meters from the town, villa of 400 sqm on 2 floors of 200 square meters each including 5,000 square meters o...
Add to favourites Details
REALIGRO FREE ADVERT
Cod. 24052 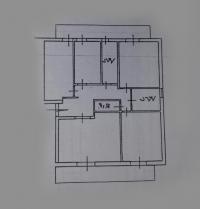 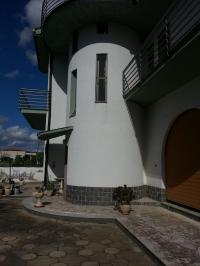 775,970.00USD
For sale
Villa
2400 m²
PROPOSE A PROPERTY SITE ENTRANCE NORTH OF THE CITY OF BARRAFRANCA. The property 'CONSISTS OF A BEAUTIFUL VILLA FURNISHED AND FINISHED IN EVERY DETAIL,...
Add to favourites Details
Cod. 23869 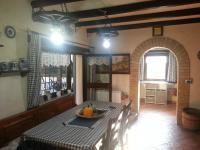 2,148,840.00USD
For sale
Bar/Restaurant/Nightclub
10000 m²
We offer hotel and restaurant is located in the immediate vicinity (500 meters) of the famous "Villa Imperiale del Casale" in Piazza Armerina famous a...
Add to favourites Details
1 / 2