The province of Como is famous above all thanks to the very famous work of Alessandro Manzoni "I promessi sposi" (The Betrothed) in which the first line reads: "That branch of Lake Como that turns to midday...". This province borders Switzerland to the north (precisely with the Italian canton) and with the latter has an enclave. Do you know what this means? It means that in Switzerland there is a country called Campione d'Italia which, despite being on Swiss territory, is actually "part" of the province of Como. After these little initial curiosities, let me tell you about the most beautiful places in the province:

- Are you a lover of literature and would you like to see the famous Lake Como? Know that one of the "attractions" of the city is just the long lake, where you can take long walks with a breathtaking view. The city of Como is located along the southern coast of the lake and is known for some elements of attraction including the Duomo in Gothic style and for the panoramic funicular (typical of the villages of northern Italy). This city has many vantage points including Villa Olmo and other very elegant villas that make it particularly attractive. If you want to look at the city from a different point of view, know that you can make long boat trips, to admire the city and the surrounding coast. As for the purchase of a property in Como, the opportunities for purchase are varied (houses, apartments, villas, etc.) and prices range from € 260,000 to € 2,000,000. Opportunities for all needs and for (almost) all cost ranges.

- Would you like to visit or live in a place with a breathtaking view? The town of Lenno is the place for you. This is a former town in the province of Como, which, since 2014, is part of the town of Tremezzina. This town overlooks the lake and here too there are many experiences to live. What I want to point out for importance is that of Isola Comacina, a small strip of land in the middle of Lake Como. I would like to introduce you to some curiosities about this place.
The first is that, despite the fact that this island is located in the deep north of the Italian Peninsula, the olive tree is cultivated and an excellent olive oil is produced. The second is that the island is now owned by the Academy of Fine Arts of Brera (Milan) and that in ancient times on its surface was built a hotel and a village for tourists. The third is that on the Sunday closest to August 24, the day of the patron saint, there is a long procession of boats and the traditional fireworks display. This island is chosen every year as an "escape route" not only by ordinary people, but also by many national and especially international VIPs. You will have understood that this area deserves to be discovered, know that finding a property in Lenno is not difficult and that there are offers from 200,000 € for studios and four-room apartments (the proximity or not to the lake greatly affects the price).

As I said at the beginning, this province lives on tourism especially thanks to the historical and national importance of Lake Como and also thanks to some examples of attractions that would be difficult to find elsewhere (Isola Comacina). I have only mentioned the most important places from the point of view of real estate, but know that if you ever come to this province, the experiences that you will have the opportunity to carry out will be many and very different from each other. 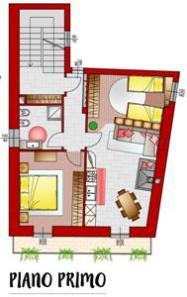 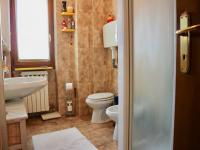 303,025.00USD
For sale
Terraced House
150 m²
LIPOMO- a stone's throw from the center and from the school we sell a central terraced house with only 5 units. Set on 3 levels-mezzanine kitchen wit...
Add to favourites Details
REALIGRO FREE ADVERT
Cod. 35512 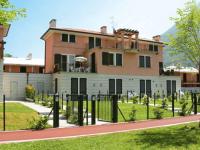 460,598.00USD
For sale
House
120 m²
I'll be back in town on Lake Como, only independent solution of its kind all on one floor. Issue of 120 sqm commercial as follows: Entrance, large l...
Add to favourites Details
REALIGRO FREE ADVERT
Cod. 30836 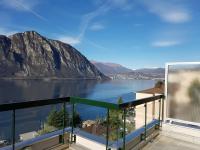 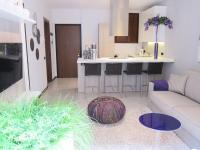 139,391.50USD
For sale
1 Bedroom
80 m²
Experience Italy at its best! Magnificently situated right on the banks of Lake Como, we offer our beautiful apartments complex at the centre of the a...
Add to favourites Details
REALIGRO FREE ADVERT
Cod. 29921

103,028.50USD
For sale
3 Bedrooms
43 m²
The apartment is located in the town of San Siro, on the west side of the lake and just 30 meters from the beach, a playground, equipped with picnic.e...
Add to favourites Details
REALIGRO FREE ADVERT
Cod. 29614

96,968.00USD
For sale
2 Bedrooms
40 m²
We offer you the apartment on the picturesque coast of Lake Como. The apartment is in San Siro's town, 30 meters from a beach, playground and a park, ...
Add to favourites Details
REALIGRO FREE ADVERT
1 / 10